What's chocolate, and how does its chemistry inspire such cravings?

Hundreds of chemicals make chocolate so delicious, and it was once a currency you could eat 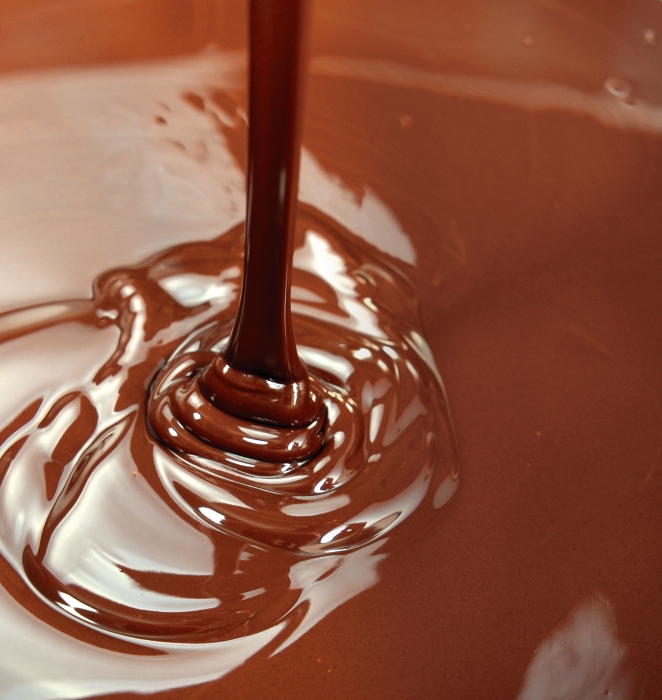 Eating your body weight in chocolate in the course of a few years may sound borderline obsessive, but in Switzerland that’s par for the course.

Cacao, the key component of chocolate, comes from beans that grow in pods on Theobroma cacao, better known as the cacao tree. The tree is a native of the tropical regions of South and Central America, but it is also cultivated in West Africa and Southeast Asia.

We can thank the Aztecs and their contemporaries in Mexico and Central America for discovering the cacao tree’s delights, explains Cornell University anthropologist John S. Henderson. In the 16th century, Spanish explorers brought cacao pods back to Europe and beyond; the world has been devouring chocolate ever since.

Mesoamericans have been making beverages from components of the cacao tree since at least 1150–1200 B.C.E. Pottery from that era features traces of a stimulating cacao plant molecule similar to caffeine called theobromine, Henderson says. But because cacao beans aren’t the only part of the tree that contains theobromine, the pottery vessels may have contained drinks made from other parts of the tree, such as its bark or leaves. Mesoamericans also used other parts of cacao trees to make chicha, a type of beer, and other nonchocolate cacao drinks.

By 600 C.E., Mesoamericans were refining cacao beans into unsweetened chocolate drinks and using the concoction in religious rituals and social ceremonies connected with births and deaths. Cacao beans were even used as a form of currency—money you could eat, Henderson adds.

Making ancient chocolate drinks required an elaborate preparation process. Not unlike modern cacao processors, Mesoamericans harvested cacao pods, fermented the beans, then dried and often roasted them. Then they ground the beans and mixed the resulting powder with water and flavor additives such as chili peppers.

Modern cacao processors also ferment, dry, and roast cacao beans. Then they grind the beans, forming cacao liquor, a thick, brown liquid that solidifies near room temperature. About 55% of the liquor is cacao butter, a fat consisting of various triglycerides with mainly oleic acid, stearic acid, and palmitic acid side chains.

What manufacturers do next depends on what they’re making.

Eating chocolate comes in a number of varieties. Manufacturers prepare dark chocolate by mixing the separated cacao butter with cacao liquor and sugar. They use the same ingredients plus dried milk and various flavorings such as vanilla extract or its factory mimic, vanillin, to make milk chocolate. White chocolate contains cacao butter, sugar, and milk, but no chocolate liquor. In all these chocolates, the fat content is typically between 25 and 35%.

Nearly all chocolate contains small quantities of vitamins such as riboflavin as well as trace levels of many metals needed for a healthy diet, including magnesium, potassium, calcium, iron, and copper. Chocoholics will also remind you that their vice is rich in healthy antioxidant compounds such as catechin and epicatechin.

But many of us eat chocolate just because we crave it: That’s probably because the treat contains stimulants such as caffeine, theobromine, and the amphetamine-like substance phenylethylamine. Chocolate also contains the cannabinoid molecule anandamide, which likely helps induce cravings. (The active molecule in marijuana is also a cannabinoid.)

Pinpointing what makes chocolate taste like chocolate turns out to be tricky. In each type of chocolate, the aroma compounds affecting taste depend on many parameters, including the origin of the cacao, roasting conditions, and processing techniques, says Kirsteen Rodger, a manager at Nestlé Research in Lausanne, Switzerland.

Roasting converts organic compounds in the beans to a variety of flavorful products. For example, it turns amino acids, which tend to be tasteless and odorless, into 3-methylbutanal, phenylacetaldehyde, and other aldehydes that are key components of chocolate’s familiar aroma. The relative concentrations of these and other compounds found in the cacao pod or formed during roasting determine the overall perception of chocolate flavor, Rodger says.

So-called fat blooms also affect people’s perceptions of chocolate flavor. That term refers to the unappealing white or grayish film that sometimes appears on chocolate and ruins its appearance, taste, and texture. Created by fat molecules that migrate from the chocolate’s interior and recrystallize on the surface, the blooming process causes big headaches for confectionaries.

New clues for controlling the old problem came from a recent X-ray scattering study. It shows that as fats and oils migrate through pores in chocolate’s interior, they ruin cacao butter’s crystalline structure, which is key to chocolate’s prized texture. The study suggests that reducing chocolate’s porosity during processing could reduce blooming.

One sure way to alter chocolate’s crystal structure is to pop a piece in your mouth and slowly let it melt. That experiment, best done while concentrating on the rich assortment of flavor compounds, is one you can safely try at home.

Food Science
Food chemists uncover the secrets behind pretzels’ unique scent
Environment
Unwelcome Fat Blooms On Chocolate
Environment
Fatty Acids In Red Wine Make It Taste Fruity
Share X
To send an e-mail to multiple recipients, separate e-mail addresses with a comma, semicolon, or both.
Title: What's chocolate, and how does its chemistry inspire such cravings?
Author: Mitch Jacoby
Chemical & Engineering News will not share your email address with any other person or company.

Comments
Don (February 9, 2017 6:22 AM)
I purchased raw cacao nibs and they are actually a bit sour. I am guessing that sales of chocolate did not 'take off' until sugar was added to the chocolate bars. I just spread the ground up nibs on my salad ... I just want the beneficial ingredients. I can do without the standard sugar which is laden with dioxin toxins.
Reply »

Sirajur Rahman (February 18, 2017 11:00 PM)
Dear Don, I would like to get more information on those toxin-dioxins related to sugar. Kindly send an elaboration.
Reply »