[+]Enlarge
Credit: Courtesy of Anita Kissinger
Anita Kissinger (pictured here with her husband, Rod) was cured of hepatitis C by Harvoni, but only after a protracted battle with her health care insurer for access to the drug. 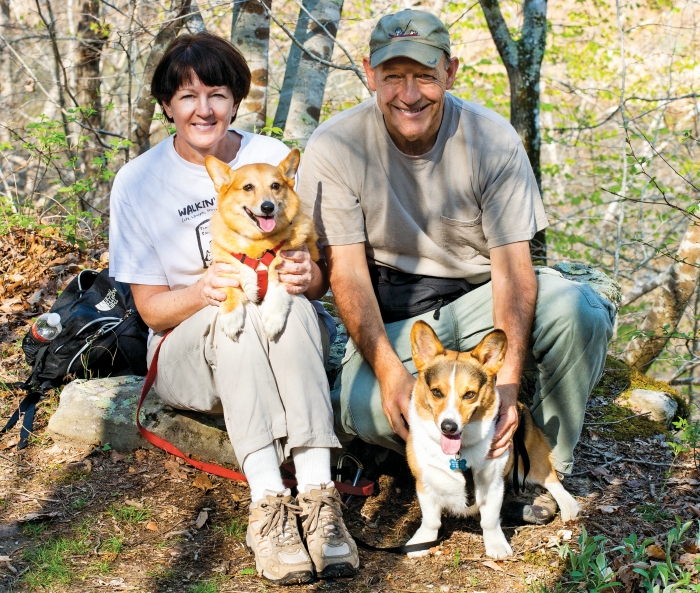 Credit: Courtesy of Anita Kissinger
Anita Kissinger (pictured here with her husband, Rod) was cured of hepatitis C by Harvoni, but only after a protracted battle with her health care insurer for access to the drug.

Anita Kissinger is an aggressive advocate for her health. When the retired teacher and administrator, who worked for a self-insured school district in Missouri, was diagnosed with hepatitis C in 2014, she had to fight for access to a cure.

Kissinger was shocked when told she had the virus, which attacks the liver. She had none of the risk factors. But she was also given good news. “My gastroenterologist told me there were new medications on the market,” she says.

Her doctor prescribed Harvoni, a new drug from Gilead that has the rarest of qualities—the capacity to cure most patients. Then came the bad news: The district’s health insurance plan for prescription drugs, which is managed by MedTrak, a pharmacy benefit management (PBM) firm, turned her down for the drug, which costs $94,500 for a course of treatment.

Kissinger filed an appeal and was refused again. She appealed again and the insurer responded that it would reconsider coverage if a fibroscan indicated there was sufficient damage to her liver. After the scan, the plan turned her down again.

Kissinger retained a lawyer who began communicating with the insurer on her behalf. Eventually she received approval for a course of treatment with Harvoni. She then took her $5,000 copay to the drug’s manufacturer. Gilead paid all but $15. In the end, Kissinger received the benefit of the $94,500 breakthrough drug for $2,015, including legal fees.

Tom Laurenzo also had a problem accessing a drug when he was diagnosed with cirrhosis and hepatic encephalopathy. The high cost of Xifaxan prompted the 71-year-old self-employed marketing professional to switch his health care insurance to Humana, which offered him a lower price.

But a month into his coverage, Humana notified him that the drug, with a $3,850-per-month price tag, could be dropped at any time. It took a letter from his doctor and a lot of time on the phone with Humana for Laurenzo to secure a somewhat shaky two-year commitment from the insurer that the drug would be covered.

Meanwhile, Maryann Corbett, a recently retired language specialist who worked for the Office of the Revisor of Statutes for the State of Minnesota, is navigating changes in her health insurance to continue coverage for Dulera, a relatively expensive inhaled steroid that is the most effective treatment for her asthma. And Heidi Czerwiec, another Minnesotan, worries about being able to afford the EpiPen allergy device she needs to have on hand for her five-year-old son, Wyatt, who has a peanut allergy. Her family’s health care coverage changed recently, and the price of the EpiPen has shot up: Her copay, which amounted to $14 with a manufacturer’s coupon last year, came to $318 this year, largely because of changes in the manufacturer’s rebate.

The problems faced by these four people are typical of challenges that patients across the U.S. face getting and maintaining access to drugs. The high cost of new medicines, tectonic shifts in health care coverage—with more to come as Congress acts on repealing the Affordable Care Act—and price gouging have pushed the long-simmering concern over health care costs and coverage to the front burner. The result is an atmosphere of insecurity, anxiety, and animosity toward the health care system.

Patients also feel they are on their own, having to fight like never before for an acceptable standard of care. Kissinger says she considers herself not only assertive but also lucky. “I had the financial means to hire a lawyer,” she says. “I know a lot of people would not have had the resources to do that.”

Although much of the public ire is directed at the pharmaceutical industry, recent experience has given most patients a glimpse into the tangled mechanisms of health care payment and a realization that price isn’t determined simply by drug companies.

Corbett says she doesn’t know whom to blame for her insecure access to the best drug for her asthma. “But it seems that the prices as they are set by the drug companies are forcing the insurers, who are pressed costwise in every direction, to provide less and less of the more expensive drugs,” she says. “I have to ask when it is going to stop.”

Laurenzo cuts to a recognition shared by many patients as well as politicians. “The other issue we are dealing with here is greed,” he says. “The whole situation just makes me ill.”

David Evans, director of research advocacy at Project Inform, says the opacity of the health care payment system is vexing, but he discerns a trend. “To the degree we are able to analyze it, more and more goes to the PBM and less to the insurance company, and certainly less coverage to the patient.”

Meanwhile, communication between patient advocacy groups and the drug industry is nearly at an impasse. “I think that in a classic adversarial scenario, sometimes you end up with such a long history of tit for tat that you almost lose the ability to have any flexibility in your positions,” he says. “I almost wish Jimmy Carter could bring us all to the table and work his diplomatic magic.”

At this point, Corbett says, she’d be satisfied with more timely access to her health care provider, nodding to yet another aspect of a deteriorating health care complex. The earliest she is able to schedule an appointment with her specialist, she says, is May.

CORRECTION: This story was updated on Feb. 28, 2017, to remove the description of Project Inform as a member of the Fair Pricing Coalition. The two groups are unrelated.