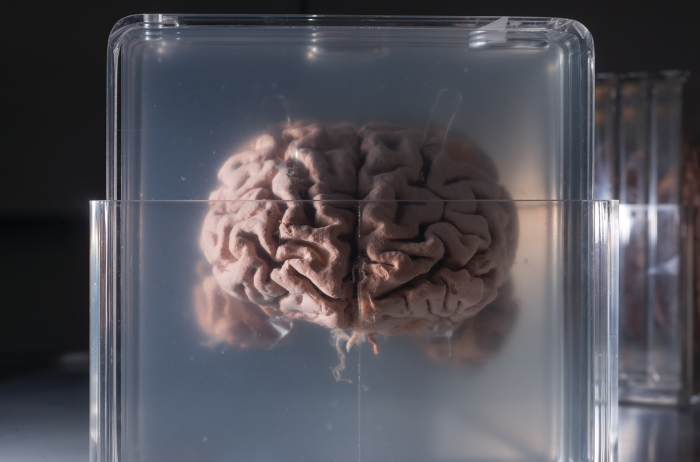 Researchers who study the brain routinely preserve tissue from their patients in brain banks all over the world for future analysis. However, tissue samples that have been fixed with preservatives and then frozen are difficult to analyze with powerful cell-sorting techniques such as flow cytometry. Now, scientists have developed new methods to overcome these previous limitations (ACS Chem. Neurosci. 2017, DOI: 10.1021/acschemneuro.6b00374). So far these new methods have only been validated for brain tissue, but they could also be applied to other tissue types that have been fixed, frozen, and need to be analyzed, the developers say.

Since the 1970s, researchers have used flow cytometry to sort different cell populations from a mixture. They attach fluorescent tags to myriad cellular markers on or within certain cell types in the mixture, and then pass a suspension of the mixed cells through detectors, sorting the cells based on fluorescence. But once tissue is frozen, the cells become difficult to separate from the sample with existing methods without causing damage. Moreover, some freezing agents can also damage the DNA of cells, making it difficult for researchers to do genetic analysis. The ability to isolate and sort different types of brain cells from tissue banks would allow researchers to study the effects of drugs, environmental factors, and diseases on specific brain cell types.

David Martin, a graduate student in Charles D. Nichols’s lab at the Louisiana State University Health Sciences Center, bumped up against this limitation when he wanted to study the effects of psychedelics on two particular types of brain cells, but didn’t have any preexisting protocols for isolating them from the rat brain samples he was working with.

After months of trial and error, Martin and others in his lab found success. His team developed new protocols for separating cells out of brain tissue from humans, mice, and rats, fixed using formalin, zinc, and paraformaldehyde, respectively. After passing the liquified, frozen tissue through needles multiple times and, in some cases, applying an enzyme solution that cleaves chemical bonds between cells, Martin was able to successfully separate cells into a suspension and then fluorescently tag them. Passing the cell suspensions through a flow cytometer isolated the two types of neurons affected by the drugs they were testing. Importantly, he was able to perform downstream mRNA analysis on these cells, and found the gene expression of these recovered cells matched those observations from previously published studies.

This work changes the long-standing belief that it’s too challenging, if not nearly impossible, to isolate individual cells from fixed, frozen neuronal tissue—let alone study their individual function, according to Claes Wahlestedt of the University of Miami Miller School of Medicine.

Jyoti J. Watters, a neuroimmunologist at the University of Wisconsin, Madison, agrees. “The method they report here will absolutely change how neuroscientists understand individual cell function in the central nervous system.” Wahlestedt, though enthusiastic about the findings, adds that the methodologies still need to be validated by others.