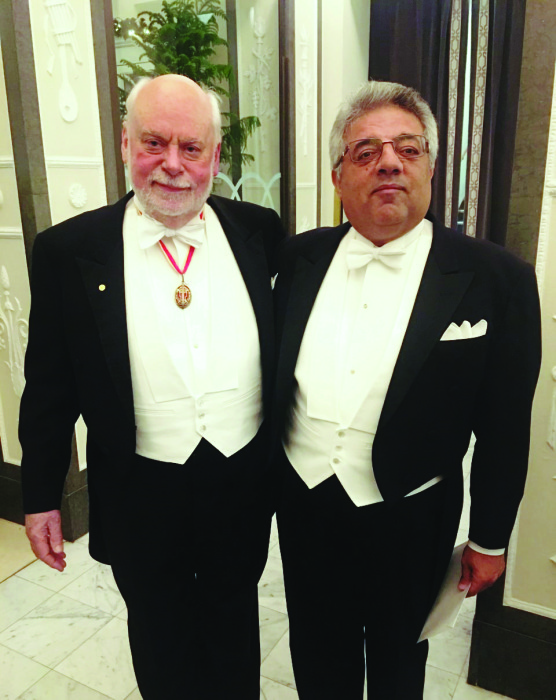 In 2016, J. Fraser Stoddart won the Nobel Prize in Chemistry for his part in designing a molecular machine. Now as chief technology officer and co-founder of nanotechnology firm PanaceaNano, he has introduced the “Noble” line of antiaging cosmetics including a $524 formula described as an “anti-wrinkle repair” night cream. The firm says the cream contains patented Nobel Prize-winning “organic nano-cubes” loaded with ingredients that reverse skin damage and reduce the appearance of wrinkles.

Other prize-winning chemists have founded companies, but Stoddart’s backing of the anti-aging cosmetic line takes the promotion of a new company by an award-winning scientist to the next level.

The nano-cubes are made of carbohydrate molecules known as cyclodextrins. The cubes, of various sizes and shapes, release ingredients such as vitamins and peptides onto the skin “at predefined times with molecular precision,” according to the Noble skin care website. PanaceaNano co-founder Youssry Botros, former nanotechnology research director at Intel, contends that the metering technology makes the product line “far superior to comparable products in the market today,” However, the nanocubes aren’t molecular machines, for which Stoddart won his Nobel prize.

Included in the line are products described as a skin “rejeuvenating” serum and an “antiaging” eye cream that cost between $249 and $524 for up to 50 ml of a formula. Speaking to C&EN from the United Arab Emirates where he and Stoddart are debuting the Noble cosmetics line, Botros says that clients will eventually be able to order customized cosmetic formulations from the firm’s website.

Botros says PanaceaNano has nine full-time employees and ambitions to develop nanotechnology materials for markets including hydrogen storage, flexible batteries, and molecular memory based on technology from Stoddart’s lab and licensed from Northwestern University. The firm has raised single-digit millions of dollars from a Middle Eastern private equity firm which Botros declines to name. PanaceaNano chose to make its first commercial product a line of cosmetics because of the high margins and the ease of market entry.

Stoddart himself declares, “It is an exciting moment to witness the birth of commercial products that improve the quality of life of people based on renewable, safe, organic, biodegradable functional nanomaterials.” While acknowledging the product line trades on his Nobel prize, he points out to C&EN that “we’re not spelling our product name “Noble” the way the Swedish Nobel Foundation does.” 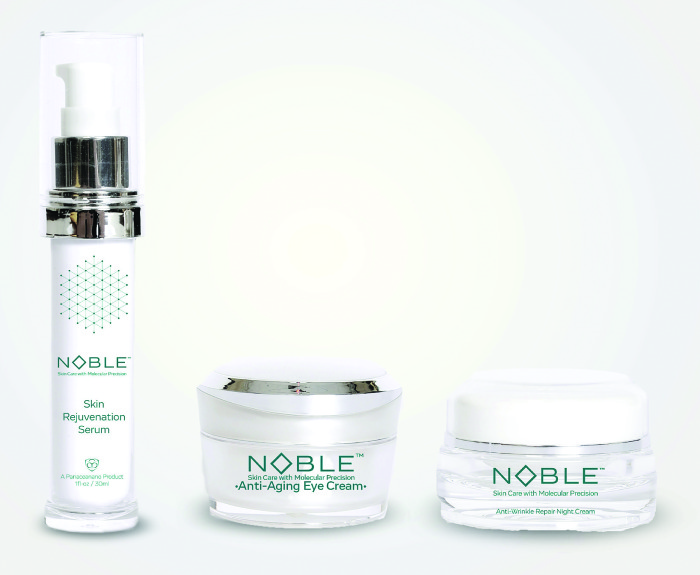 Other prize-winning scientists have been involved in start-ups and product commercialization efforts, but while those scientists have leant their prestige to the start-ups and have likely profited from their success, they haven’t been as up front in promoting the technology as Stoddart is. Last year MIT chemical engineering professor Robert Langer and associates developed an elastic “second skin” that reduces the appearance of wrinkles and bags under the eye. Langer cofounded Olivo Laboratories to commercialize the materials, but doesn’t heavily promote the firm.

Materia, which licensed ruthenium olefin methathesis patents developed in the lab of Nobel laureate Robert H. Grubbs, touts its association with the Caltech scientist. But while Grubbs partners with Materia on new developments, he is not an employee of the firm, which licenses catalysts used to make plastics and specialty oleochemicals.

Similarly MIT’s Richard Schrock, who received his olefin methathesis Nobel Prize in 2005 at the same time as Grubbs, is a scientific advisor at XiMo, a firm founded to commercialize his olefin metathesis technology.

Comments
clive@citiria.com (December 5, 2017 6:45 PM)
It would have been nice if you had posted an ingredient list, being as c&en IS about chemistry...
Reply »

Joanna Hinton (December 7, 2017 8:45 AM)
What is the fate of the nano cube cyclodextrin? Does it decompose on your skin after it releases the anti-aging agents? Or is it washed off with water? And then what happens to it? Guess I need to learn more about cyclodextrin chemistry.
Reply »

Aiden Taylor (December 8, 2017 1:09 PM)
This is terrible... It was a big mistake last year to award Nobel prize to this guy and to so-called molecular machines
Reply »

Erik Hernandez (December 12, 2017 4:35 PM)
This is really stupid. I am really disappointed to see this from a Nobel laureate.
Reply »

Louis (December 13, 2017 7:55 AM)
This heavily feels like a marketing ploy, accompanied with under the counter compensations for the image of Nobel prize technology... Just to sell subjective products with high profit margins at reasonable scales (just like expensive clothing) and trick the consumer.
Reply »

Bill (December 21, 2017 1:15 AM)
I can forgive Alfred Nobel for having invented dynamite, but only a fiend in human form could have invented the Nobel Prize.
-George Bernard Shaw

The Nobel Peace Prize has always been a joke - albeit a grim one. Alfred Bernhard Nobel famously invented dynamite and felt sorry about it.
-P. J. O'Rourke
Reply »