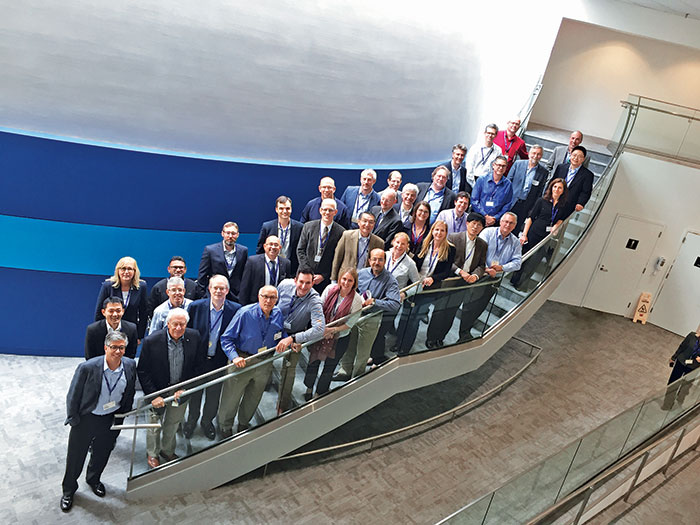 In his keynote address, Mark Rigby, director of immunology translational medicine at Janssen, spoke about Janssen’s efforts to eliminate all disease by 2030. Other presentations covered computational approaches to improving drug discovery, ways to make molecules more efficiently, and a new method for targeted degradation of proteins.

Rick Connell, head of external research solutions at Pfizer, presented an update on the Building Block Forum Initiative, a concept he launched at the 2015 Pharma Leaders Conference. Under the plan, companies are invited to contribute novel, noncommercial monomers and templates to a building block collective. Participants are eligible to swap their existing, unused assets for other compounds of interest in the collective to bolster their screening libraries in support of their programs, Connell said.

MilliporeSigma is set up to administer the collective operation, according to Mike Willis, MilliporeSigma’s head of discovery chemistry and services. MilliporeSigma has assessed the collections of AbbVie, Eli Lilly & Co., GlaxoSmithKline, Roche, and Janssen under a confidential disclosure agreement.

Veerabahu Shanmugasundaram, director of Computational Analysis & Design for Pfizer Worldwide Research & Development, spoke about ongoing collaborations in the precompetitive space that range from binding affinity predictions to protein crystal image classification to synthesis prediction methods. “Over the past few years, computational chemistry group leaders from various companies have been working together to create a strong, vibrant network of scientists who will catalyze the development and application of computational methods,” Shanmugasundaram said. “We have been identifying gaps, sharing data sets, evaluating new methods, and developing best practices that will accelerate capabilities in the field.”

“I look forward to future interactions between the Pharma Leaders Conference and the ACS GCI Pharmaceutical Roundtable,” noted Mary Kirchhoff, director of ACS GCI, which held its fall meeting Oct. 3–5, 2017, at Boehringer Ingelheim in Ingelheim, Germany. “Both groups are focused on working across the pharmaceutical industry in a precompetitive space, forging collaborations that will ultimately benefit both patients and the environment,” she added.

As a neutral third-party convener, ACS will help facilitate the symposium and other activities. “ACS is committed to supporting the pharma industry in the development of critical therapies and cures aimed at challenging diseases and other health issues,” said Vijay Kuruganti, director of ACS Industry Member Programs.

The next Pharma Leaders Conference will be hosted by Karin Briner, vice president and head of global discovery chemistry at Novartis Institutes for BioMedical Research, in Cambridge, Mass., on Oct. 4–5.