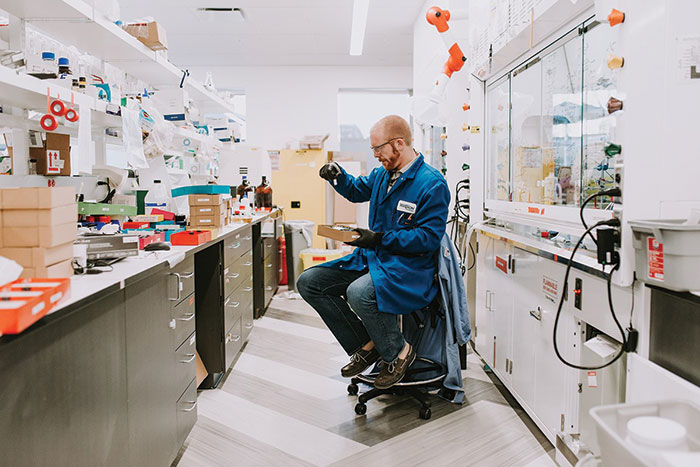 Credit: Vividion Therapeutics
Vividion will develop targeted protein degraders and other small molecules in a new partnership with Celgene.

In another sign of growing pharmaceutical industry interest in targeted protein degradation, Celgene will pay Vividion Therapeutics $101 million in a four-year pact to develop small-molecule drugs for cancer, inflammation, and neurodegenerative diseases.

Vividion was founded in 2014 and raised its first $50 million last year. The start-up’s technology, now being used to develop protein degraders, is based on the work of three Scripps Research Institute scientists: Benjamin F. Cravatt, Phil S. Baran, and Jin-Quan Yu, all scientific cofounders of the company.

Targeted protein degraders have become one of the hottest areas in small-molecule drug discovery. Rather than inhibit problematic proteins, these compounds tag them for destruction by the cell’s protein disposal system.

The hope is that protein degraders will be able to target many proteins that are now unreachable—the so-called undruggable proteins. And as researchers sort out the rules for creating these compounds, investors are pouring money into the field. 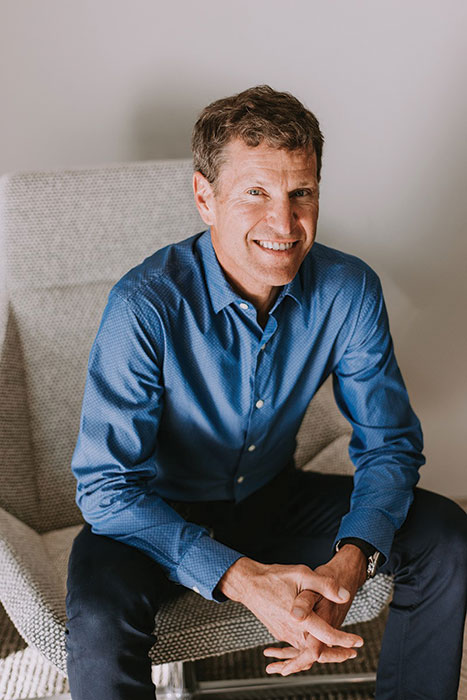 In October, Kymera Therapeutics raised $30 million in series A funding to develop protein degraders. In January, Arvinas signed a research pact with Pfizer potentially worth up to $830 million. And earlier this month, protein degrader start-up Cullgen announced seed funding of up to $15 million.

Protein degraders are complex molecules with two functional ends. At one end, the compound binds the problematic protein target. The other end binds a type of protein called an E3 ubiquitin ligase. That causes the targeted protein to be subsequently tagged and transported to the proteasome, the cell’s protein destruction center.

Vividion CEO Diego Miralles explains that the company’s fragment-based screening platform, first developed in Cravatt’s lab, is revealing compounds that bind proteins “that nobody has been able to touch before.” Fragments that bind proteins don’t necessarily inhibit them but could be used to mark them for degradation.

Miralles also credits synthetic chemistry from Baran and Yu, who created a library of covalent fragments that are more complex and chemically diverse than the fragments used in standard screens.

Vividion screens fragments against a cell’s proteome—the entirety of its proteins—rather than the industry standard of isolated and purified proteins. Miralles says this approach helps the company find fragments that bind a single protein, rather than dozens or hundreds, much faster.

The Swiss drug giant Novartis is also taking a proteomics approach to protein degrader discovery through a collaboration with University of California, Berkeley, chemists, including chemoproteomics expert Daniel Nomura.

Last week, Novartis Institutes for BioMedical Research President Jay Bradner and colleagues reported a new degrader of an important cancer target, called TRIM24. Molecules that bind TRIM24 already exist, but they don’t kill tumors. Bradner’s team showed that an existing TRIM24 binder can be used to make a TRIM24 protein degrader, which was able to take down leukemia cells in the lab. This is the first example of repurposing an inactive binder into an active degrader, Bradner tells C&EN (Nat. Chem. Biol. 2018, DOI: 10.1038/s41589-018-0010-y).

Vividion’s Miralles says the techniques used to discover protein degraders also can be used to find compounds that target undruggable proteins through an allosteric effect or a protein-protein interaction. “I think there is going to be a resurgence and renaissance in small-molecule therapeutics,” he says. — with reporting by Lisa Jarvis