With $50 million in funding, the biotech is exploring the role of chromatin dysregulation in cancer 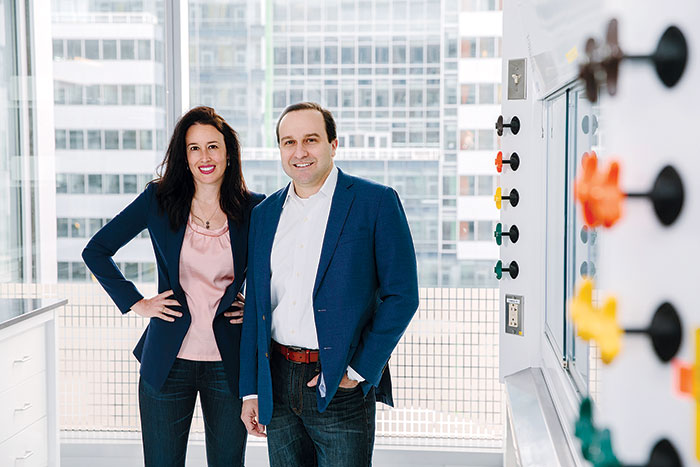 Flagship Pioneering has committed $50 million to Foghorn Therapeutics, a biotech firm devoted to exploring the relationship between chromatin dysregulation and human disease. Founded in 2016 and coming out of stealth now, the company is initially focused on cancer, though it could eventually expand into neurology and immunology.

To squeeze all our genetic information inside a cell, DNA wraps around protein cores like thread on a spool. That structure, known as chromatin, changes shape to reveal or hide the code for specific proteins. Carefully orchestrated changes in chromatin architecture control when, which, and how much proteins are made by a cell at any given moment.

Researchers have long focused on small molecules that inhibit protein kinases mutated in cancer. More recently, they’ve tried to target enzymes that modify chromatin. Foghorn, in contrast, is founded on the discovery of a set of genes that regulate chromatin itself. Foghorn’s scientific founders, Dana-Farber Cancer Institute professor Cigall Kadoch and Stanford University’s Gerald Crabtree, showed that up to 20% of cancers have mutations in a chromatin remodeling complex called BAF.

“This was a surprise,” Kadoch says. “For years, people thought that chromatin regulators served more maintenance roles,” by helping to keep the shape of DNA’s packaging. “We didn’t anticipate this would have such a widespread role in human disease.”

When Doug Cole, managing partner of Flagship, met Kadoch in 2015, he was already contemplating how to look beyond traditional applications of genetics—searching for mutations in the genes that encode protein kinases—to develop better treatments. “It immediately struck me that this was a very new way of thinking about disease,” Cole says about Kadoch’s research.

Flagship began incubating Foghorn a year later. Foghorn’s team—25 people and growing—has spent the past two years building a platform that will allow it to pursue a swath of drug targets related to chromatin dysregulation.

A key component of that platform, Cole says, is technology that allows Foghorn’s scientists to purify fully intact chromatin remodeling complexes in order to tease apart their function. “That’s extraordinarily hard to do but is very critical,” Cole says. “If you look at the pieces of the chromatin machinery in isolation, you’re often misled about what you see.”

Charles W. M. Roberts, cancer center director of St. Jude Children’s Research Hospital, sees promise in the approach, but says the challenge will be pinpointing the parts of the complex to target and for which cancers. “This complex has roughly 15 different proteins,” a number that doesn’t include histones or other chemical players involved, says Roberts, who also studies the BAF complex. “It’s a challenging problem to think through.”

But if Foghorn scientists can figure it out, the resulting treatments could address a wide swath of cancers, Roberts says. “This is the fundamental nature of cancer,” he says.