The academic-turned-entrepreneur shares the lessons she’s learned after realizing her Ph.D. project wasn’t as practical as she thought 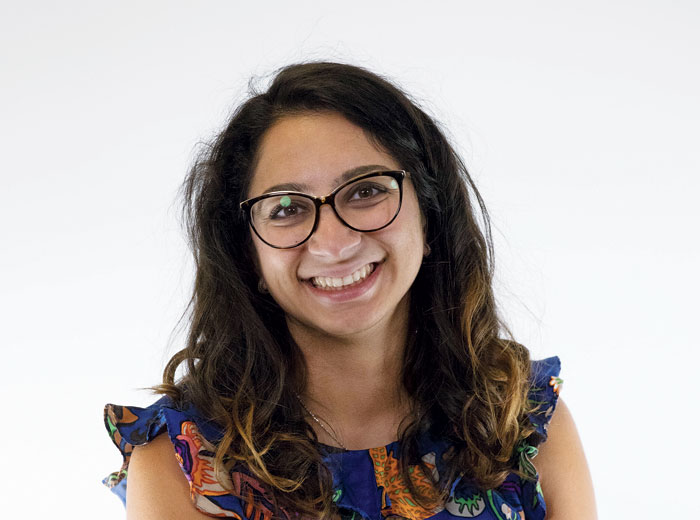 Mechanical engineer Shreya Dave never planned to start a company. As a graduate student in materials scientist Jeffrey Grossman’s lab at Massachusetts Institute of Technology, Dave set out to develop a separation membrane for use in water desalination, with the ultimate goal of creating freshwater from the sea. She succeeded in creating a graphene-oxide-based membrane that could filter molecules as small as NaCl. But it turned out that the cost savings gleaned from the membrane’s increased permeability and chlorine tolerance wouldn’t offset the higher cost of its manufacture. Still, she was convinced that membrane separation could slash energy consumption across the globe—most chemical separations require huge amounts of heat—so Dave and fellow Ph.D. student Brent Keller cofounded a company in 2016 called Via Separations to apply the technology to industries other than water. Alla Katsnelson spoke to Dave about the process of bringing academic research into the market—and bringing market thinking to academic research.

How did you decide to move away from the original goal of your graduate research?

▸ Best professional advice you’ve ever received: “Design everything! As an undergrad, I had a professor who lives by this philosophy. He is extremely intentional about the things he builds, the ideas he executes, and the way he teaches. That extra something in the creation phase goes a long way in everything from communicating data to marketing.”

I started off working with graphene to make filters for water desalination. Graphene is a single-atom-thick layer of carbon with miracle properties. But making it was too expensive. Then we came across graphene oxide, which has a lot of similar properties but is cheaper to produce. We successfully made a membrane that had some integral properties, like higher flow rates and better chlorine tolerance—which is important for membrane cleaning—than the existing technology.

At that point, we started to wrap our heads around how to think about cost in a desalination plant. The material had a few benefits over available membranes. But combined, the improvement was not a game changer for the water industry. I defended my Ph.D. on the premise that this was very interesting technology, but it was never going to be commercialized for the water industry because the cost-benefit equation wasn’t compelling. Of course, in hindsight, I wish I’d done those cost numbers first, but without a vision of what the membrane was going to be, that was more or less impossible. It’s kind of a chicken-and-egg problem.

How did you go from a product you would not be able to commercialize to launching Via Separations?

Literally the same week that I defended my Ph.D., I read a commentary in Nature by David Sholl and Ryan Lively (2016, DOI: 10.1038/532435a) that articulated that 15% of U.S. energy consumption goes into separating things. The bulk of that is distillation and evaporation in the chemical production industry—going from crude oil to fine chemicals, making plastics, pretty much purifying any compound that we use in any material today. It also noted that if you convert a distillation or a heat-based separation process to a membrane-based separation process, you save 90% of that energy.

That was really interesting. We said, “Hey, we have a membrane that’s overengineered for water filtration, but it has some of these properties that they are talking about. Will it really work for some of these other separation processes?” Brent and I started trying to answer questions like, “What are the separations that people care about? What are the properties of the membrane that would be helpful? Who would buy this? How would they buy it?” The next thing you know, we had started a company.

What can academics doing applied research learn from your approach?

I think that applied research often does not match what industry needs or wants. We wrote a commentary about this recently (Joule 2017, DOI: 10.1016/j.joule.2017.08.021). One tool to improve this is customer discovery—talking to people. Going to that desalination plant and actually having a conversation with the person who purchases the membranes. Talking to not just the research-interfacing person at a multinational oil company, but the actual person who has the problem and understanding what that problem is.

The second tool is thinking about costs. As scientists and engineers, sometimes we run as far away as possible from considering costs. It doesn’t have to be a detailed financial model, but basic methods let you take a look at something and say, “Does this even make sense? Is this even within the realm of possibility?”

You’ve conducted upward of 200 interviews so far with people in different industries to narrow down your market. What is this process like?

It’s a lot of fun. We pick an industry or an application every couple of months and explore how our technology would contribute to it. Both Brent and I love these interviews because we’re talking to people who are experts about the things that we care about. We really just push on every resource that we have in a gentle way, and there is an element of luck in how we get ourselves into a network to talk to people. It’s one of the things that we bring back from our academic roots: We’re not selling people anything in these conversations; we’re here to learn, and we’re still developing the technology. People are responsive and they want to help.

You settled on the food and beverage industry as your first target market. Why?

Early on, we were thinking about chemical separation. But one of our key advisers kept pointing us to folks in food and beverage. In that industry, process engineers don’t have the liberty of being able to boil different compounds off, like you do in the chemicals industry, because food products will denature or degrade.

The food industry is using membranes that were largely designed and manufactured for water filtration in ways—like isolating nutritional supplement molecules or food ingredients—that are kind of outside of their scope. So plant managers are hungry: They don’t even want this next year, they want this right now, and that’s something that’s pretty compelling to us. They are the folks who say, “If I had a membrane that does this and this, I would pay this much for it.” There is a clear set of specifications that allows us to focus our product development. And the community is very open. Everyone has similar challenges, and they’re not secretive the way other industries are. That has also been a big value-add to us.

Will the main niche for Via Separations be in the food and beverage industry, or is your vision broader than that?

Our vision is to change the energy landscape by converting separations from thermal based to membrane based. Thermal separation is the workhorse of chemical plants—the distillation column is the first thing you learn as a chemical engineering student in college. So part of our challenge will be to bring membranes more into the language and culture of chemical engineers.

We’re not going to be the only people providing membranes to this industry, so when there’s a suite of available membranes—ones that use different mechanisms, have different cutoffs, and are good at separating different compounds—then there will be a whole ecosystem to be able to design plans around membranes. I frankly think that day is coming.

Alla Katsnelson is a freelance writer. A version of this story first appeared in ACS Central Science: cenm.ag/dave. This interview was edited for length and clarity.

Pollution
Satellites can now see air pollution inequality within cities
Pollution
Mercury makes it deep into marine trenches
Sustainability
US Senate passes sustainable chemistry legislation
Share X
To send an e-mail to multiple recipients, separate e-mail addresses with a comma, semicolon, or both.
Title: Via Separations CEO Shreya Dave is trying to find a niche for graphene oxide membranes outside the lab
Author: Alla Katsnelson, special to C&EN
Chemical & Engineering News will not share your email address with any other person or company.