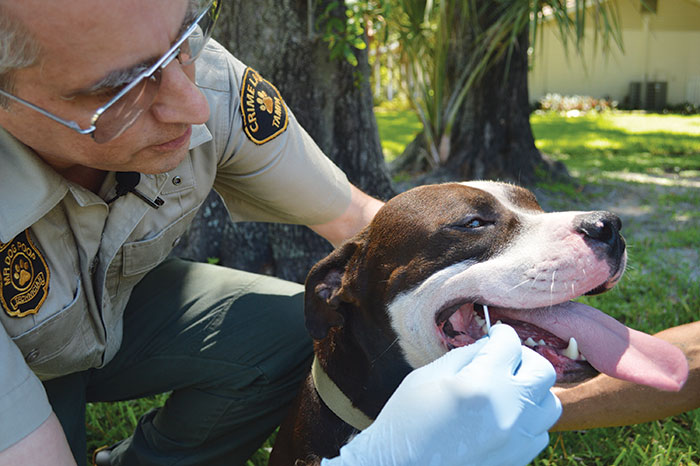 Dog poop is something most people avoid. Some even shun the word “poop,” preferring “dog mess” instead. But Mark Guarino uses the word in about “every other sentence,” he tells Newscripts. That’s because the 53-year-old entrepreneur from Tampa, Fla., is building an empire based on thousands of carefully packaged pieces of pooch poo mailed to him from across the country.

A few years ago, Guarino was searching for something new to do after nearly 20 years at his website-hosting and software company. After a couple of false starts at starting a new company, a friend asked Guarino, “Why don’t you go pick up dog poop?”

“That’s stupid, way over the top, and totally unnecessary,” Guarino thought at the time.

He quickly changed his mind.

“We packed up the poop-scooping business to become a high-end dog poop DNA company,” Guarino says. The rebranded firm now charges property managers $34.95 to submit saliva samples from each resident’s dog to build up a DNA database. When a mystery stool from a participating property is mailed to Mr. Dog Poop’s lab and matched to a canine culprit in the database, the property is charged $49.95—and the dog’s owner is subsequently fined that much, or more. 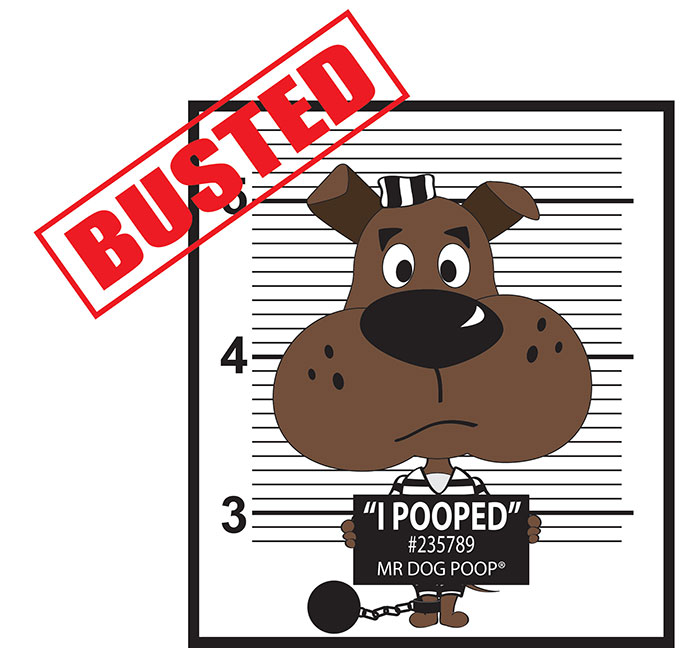 Credit: Mr. Dog Poop
Canine culprit: When DNA from an anonymous poop matches a dog’s DNA from Guarino’s database, the owner is fined.

Starting the genotyping company was harder than Guarino expected. “I had no idea what I was doing,” he says. For instance, Guarino bought an old DNA sequencer for a bargain, only to later hear from a geneticist he hired that they would need a newer model. And since sequencing the full genome of every dog would be expensive, Guarino and his team also had to devise a short list of 23 genetic markers that could be amplified from the dog poop while still accurately linking a poo to a pooch.

Another unexpected challenge was simply getting stools and saliva from the same dog to see if the DNA matching program was accurate. “No one wanted to work with me,” he says. Guarino even tried chasing dogs down in his neighborhood to collect their poop and saliva, to no avail. “A lot of people laughed at us.” It was trial by feces.

Eventually Guarino posted an advertisement on Craigslist, offering to pay $40 for a saliva swab and poop sample from the same dog. “We did it around Christmastime, and people lined up,” he says. “I think in one day I spent $500 on poop.”

Starting the business ended up being more expensive than expected, but Guarino says it’s starting to look like it will pay off.

The company’s website, replete with cartoons of pooping pooches and detectives investigating the crime scenes, was an instant hit. “People were calling from all over the country,” Guarino says. He estimates his lab has processed more than 20,000 dog poop samples from 500 locations in the continental U.S. “We have samples being shipped in on a daily basis,” he says. “The local post office is inundated with dog poop.”

Mr. Dog Poop has a waiting list of 600 locations. The firm is now the biggest competitor of BioPet, which works with over 2,600 properties.

Both BioPet and Mr. Dog Poop claim their programs have led to cleaner residences. “It holds dog owners accountable,” says Jay Retinger, President of BioPet. He notices that more dogs are allowed at some apartments after they join the program.

When a dog’s poop is identified, most owners learn their lesson. “We’ve only caught the same dog twice 25 times,” Guarino says.

Ethics
Ex-Monsanto scientist indicted for trade secrets theft
Education
Squirrels stash strategically, and a chemist’s luxuriant locks are up for bid
Education
Flying Food For Fido, Wakin’ With Bacon
Share X
To send an e-mail to multiple recipients, separate e-mail addresses with a comma, semicolon, or both.
Title: DNA from doggie doo-doo helps catch phantom poopers
Author: Ryan Cross
Chemical & Engineering News will not share your email address with any other person or company.