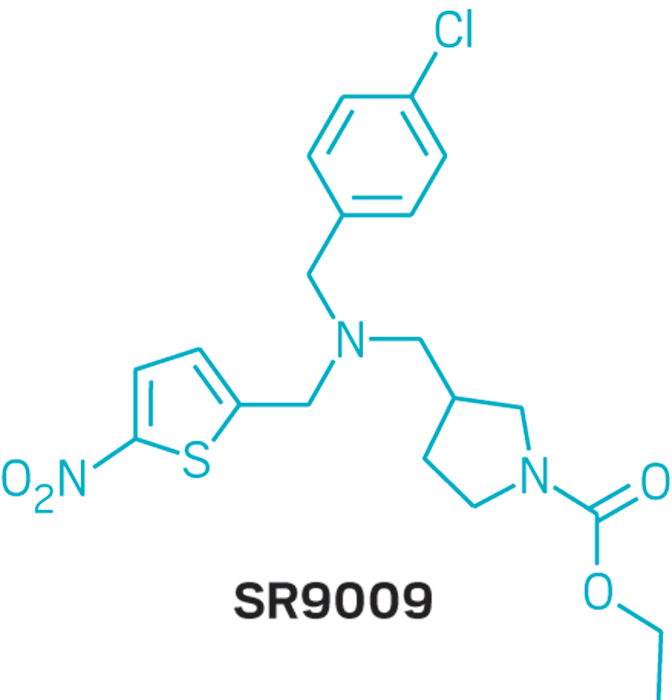 Women who work night shifts have substantially higher risks of breast, digestive system, and skin cancers, a recent study found. The findings reinforced a connection researchers have observed between cancer and the circadian clock, a biological system that controls the daily schedule of physiological processes. 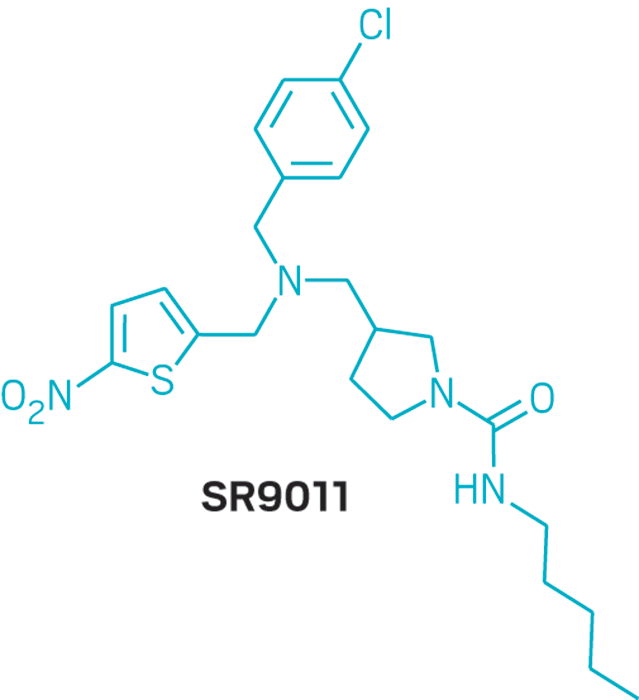 Now, in findings that could lead to a new class of cancer drugs, researchers have uncovered details about a key molecular link between circadian rhythm and cancer.

The nuclear hormone receptors REV-ERBα and REV-ERBβ are essential components of the body’s circadian clock. Gabriele Sulli and Satchidananda Panda at Salk Institute for Biological Studies and coworkers show that when each of two small organic molecules, SR9009 and SR9011, turn on the receptors in cell culture, the interactions kill breast, colon, leukemia, melanoma, and brain cancer cells, as well as dormant premalignant cancer cells (Nature 2018, DOI: 10.1038/nature25170).

SR9009 also reduced the growth of glioblastoma, a form of brain cancer, and lengthened survival time in mice with glioblastoma tumors. It worked about as effectively as temozolomide, the current standard treatment for glioblastoma, but it did so without any apparent side effects. Temozolomide often causes hair loss, gastrointestinal upset, and nervous system problems, among other effects. SR9009 and SR9011 both pass the blood-brain barrier, enabling them to reach the brain, but they are not orally available, so researchers had to inject them into the animals.

The data suggest that circadian clock-targeted agents could treat a wide range of cancers with few side effects, the researchers say. But they point out that further safety testing and trials in people are necessary.

The Salk team found that the two compounds kill cancer cells by inhibiting lipid production and “autophagy,” a process in which cells degrade unwanted cellular components. Cancer cells need both metabolic processes to grow and reproduce.

In 2012, a group led by Thomas P. Burris, then at Scripps Research Institute Florida and now at St. Louis University, designed and synthesized SR9009 and SR9011 to activate REV-ERB receptors (Nature 2012, DOI: 10.1038/nature11030). They showed that the compounds had metabolic effects—obese mice treated with the compounds lost weight. Based on previously observed associations between the circadian clock and cancer, Sulli, Panda, and coworkers speculated that the compounds might affect cancer cell viability as well. Panda notes that patents for the compounds are owned by Scripps and that “there is no immediate commercialization plan from Salk.”

“I’m happy to see this type of anticancer activity, although I’m sorry that we didn’t find it first,” Burris says. “The true test will be getting SR9009 and SR9011 into human trials to see if they are beneficial. I’m curious to see how they will work with other chemotherapeutic agents because cancer is often treated with multiple drugs at once to avoid the development of resistance.”