Approach aims to standardize chemical synthesis so anyone can do it

Constructing complex chemicals could one day be as easy as building an Ikea bookshelf, if a synthesis approach developed by chemists at the University of Glasgow catches on. Instead of relying on a hex key as the central tool in the assembly process, molecule makers would use a three-dimensional printer. Leroy Cronin and colleagues report a chemical manufacturing process that uses customized, 3-D-printed, sealed reactors that users load with chemicals according to simple instructions.

“The aim is to make a molecule with very little expertise just following the instruction manual,” Cronin explains. He thinks this digitized chemistry technology will allow nonchemists, such as biologists and medical professionals, to synthesize molecules with short shelf lives when and where they’re needed. It would also create a method for reproducibly synthesizing a compound. “Once you’ve digitized the process to do the synthesis, it can be resurrected forever,” he says. 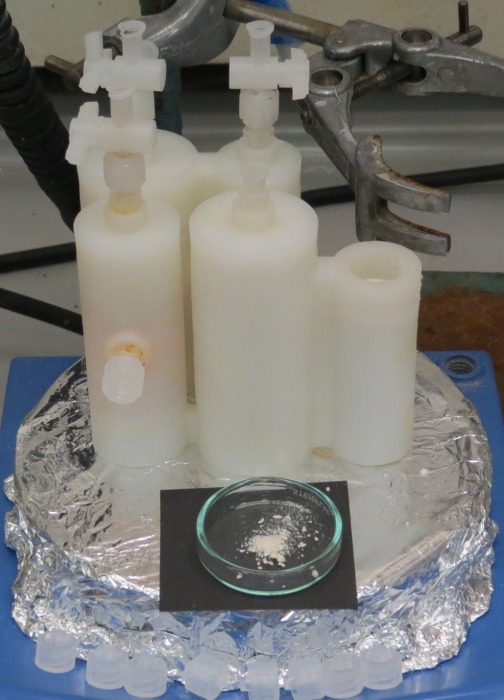 As a proof of concept, Cronin’s team designed a 3-D-printed polypropylene reactor with multiple compartments to synthesize the muscle relaxant baclofen. This particular reactor performs three reactions, two liquid-liquid extractions, and a set of evaporations and filtrations, ultimately producing baclofen hydrochloride as a white powder. The entire process can be described through a platform-independent code so that anyone could print the reactor and duplicate the synthesis (Science 2018, DOI: 10.1126/science.aao3466). 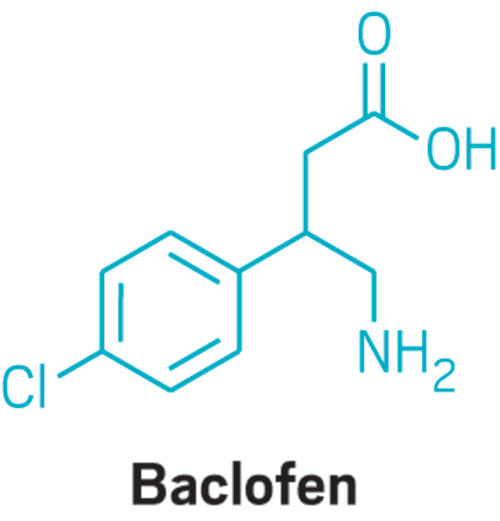 “We wanted to come up with a way of ensuring if you put chemicals in a reactor system that they would process the same way each time, giving you a complex reaction procedure without anything going wrong,” Cronin says. The concept is to take the complex orchestration of reactants, substrates, and techniques performed by laboratory chemists and put those in the design of a reactor that could be used by anyone.

“That’s a better use of the chemist’s time,” Cronin says. “Organic chemists are creative individuals that are highly skilled. Why should they be enslaved to make the same molecule again and again?”

“The concept of digitizing chemistry is appealing,” comments Rob Ameloot, an expert in 3-D printing at KU Leuven. “What I find particularly tempting are the fast iteration cycles made possible by the combination of computer-controlled design and 3-D printing.” Ameloot notes that while Cronin has shown a nice synthesis of an active pharmaceutical ingredient (API), it’s not the same as making a formulated drug, which includes nonactive substances that tune a drug’s release.

Cronin says he doesn’t intend for digitized chemical synthesis to replace large-scale API manufacturing. However, he notes, it could be used for small, bespoke applications, for people to perform chemical synthesis uniformly, and to crowdsource validation, regulation, and quality control. “This is going to enable us to standardize chemical synthesis.”

Comments
Jacob Jordan Burke (January 24, 2018 4:43 PM)
The article should have compared this 3D printer approach to Dr. Martin D. Burke's Chemical synthesizer (https://cen.acs.org/articles/93/i31/Conversation-Martin-Burke.html). Which is more suited to construct complex molecules? Does the 3D printer resolve problems faced by Burke's invention? What are the particular weaknesses or limitations of the 3D printer approach at the moment? The article was also lacking in technical detail. Does the printer use multiple reactions, instead of just one reaction iteratively, like Burke's automated synthesizer? What was the yield of the successfully produced molecule? These are only some, but not all, of the basic questions, this article should have addressed.
Reply »

The Burke and Cronin works couldn't be more different. Burke's synthesizer is a single machine than can construct many different kinds of molecules, including new ones. Cronin's approach is for existing compounds and requires a different 3-D printed module for each molecule that's being made (the one that works for baclofen won't work for lamotrigine, for example). As it says in the article, the baclofen reactor combines three reactions, plus extractions and filtrations. You can follow the link in the paper to read what I wasn't able to include (yield, and perhaps some other information) because of space limitations.
Reply »

Thomas H. Pritchett (January 24, 2018 5:53 PM)
Unfortunately, I could also see it potentially being used to synthesize designer drugs outside of a laboratory based upon recipes already on the Internet.
Reply »