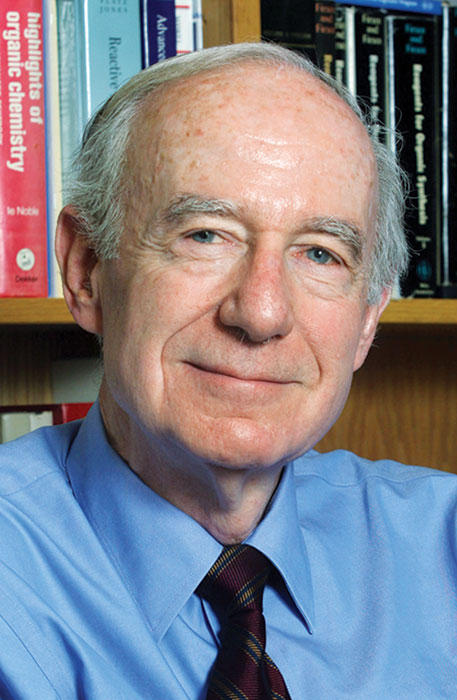 “Frank, a longtime ACS member and chair of the chemistry department at Bryn Mawr College, was a passionate chemist and scholar, a dedicated educator of undergraduate and graduate students, a talented musician (clarinet)—he was often asked to play with chamber groups at national and international chemistry meetings—and a steadfast supporter of his family and friends. He is best known professionally for establishing the phenomenon of ‘through-space’ NMR coupling attributed to the spatial overlap of two lone pair orbitals, and for the photoisomerization/cyclization of stilbenes, a protocol now known as the Mallory reaction. Along with his wife, Sally, Frank published an all-inclusive account of stilbene cyclizations in Organic Reactions. Frank continued to work extensively in these areas until his retirement. That Frank was a superb undergraduate educator was attested to in 1992 when he was awarded the prestigious Lindback Award for Distinguished Teaching. Frank also served the local, national, and international chemical communities, holding numerous positions in the Organic Division of ACS, including member of the executive committee, National Organic Symposium executive chair, and member of the editorial boards of both the Journal of Organic Chemistry and Organic Letters, and he was named a fellow of ACS in 2014. Frank’s wit and kindness will be long remembered.”—Amos Smith III, friend and colleague