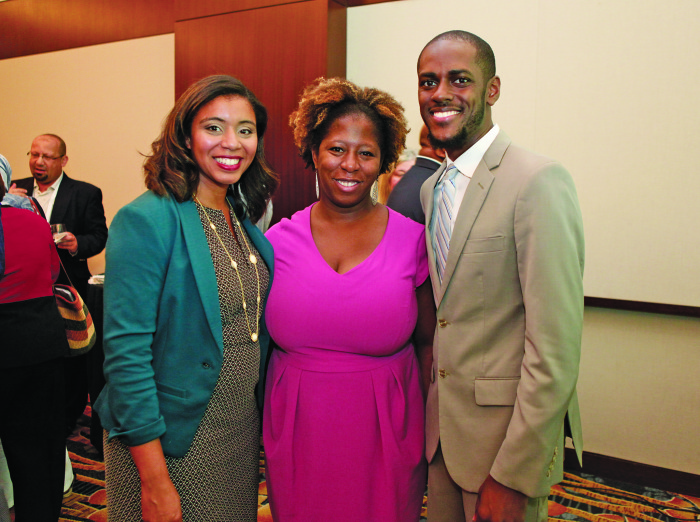 Advice for mentors: Continue to mentor and inspire your students; you never know where the seeds you’re planting will grow.

When she was 10 years old, Ticora Jones’s dad bought her a chemistry set, which sparked her interest in science. “I was always very curious about how you take things apart and put them back together and how the world works,” she says.

At age 12, her family moved from Louisville, Colo., to Durham, N.C. Her interest in the sciences grew, and in high school, Jones spent one summer doing biology research at Morehouse College. “I thought I was going to be a geneticist,” she recalls. “Then I started working with tumors, and they stank horribly.” She decided to explore other scientific disciplines.

One day, a member of her church who was a chemistry teacher at a different high school told her about the ACS Project SEED program, which provides summer research experiences for students from socioeconomically disadvantaged backgrounds, and he encouraged her to apply. She was accepted into the program and spent the summer of 1995, after her junior year, working in the chemistry lab of Eric J. Toone at Duke University. Her research project involved replicating an Escherichia coli-like toxin associated with renal failure.

In the fall of that year, she presented her research at a poster session during the ACS national meeting in Chicago. “That was my first exposure to what a scientific meeting looks like on a national scale,” she says. “I started to understand what it meant to be part of a scientific community.”

She returned to Toone’s lab the following summer for a second year in Project SEED. She says the research experience helped make her a stronger candidate in her college applications.

In 1996, Jones started college at Massachusetts Institute of Technology, where she majored in materials science and engineering. She participated in the ACS Scholars Program, which awards scholarships to underrepresented minority students majoring in the chemical sciences. In addition, she did internships at DuPont, the Royal Institute of Technology in Sweden, and at IBM’s Almaden Research Center. She went on to graduate school at the University of Massachusetts, Amherst, where she earned a Ph.D. in polymer science and engineering.

After earning her doctorate, Jones moved to Washington, D.C., where she taught middle school math for a year. “I wanted to figure out ways that I could be of service,” she says. “It was very grounding to be outside of the research environment for a little while and see how different pieces of the world work.”

She decided to return to research and went to Lawrence Livermore National Laboratory as a postdoc working on nanomaterials. “While I was there, I got exposed to science policy from a national security angle,” she says. That exposure grew into an intense interest in bridging science and policy.

After her postdoc, she was awarded a Materials Research Society Congressional Fellowship. She moved back to Washington, D.C., where she spent a year working with Sen. Russ Feingold of Wisconsin on energy and environmental issues. “Instead of doing chemistry of molecules, you’re doing chemistry of situations and keeping them from being combustible,” she says. The science policy world seemed to fit her well, so after that fellowship, she applied for the American Association for the Advancement of Science Science & Technology Policy Fellowship. She was accepted and was placed in the U.S. Agency for International Development (USAID), where she spent two years as a science and technology policy adviser.

After completing her fellowship, she was offered a full-time position at USAID. Today, Jones is acting director of the Center for Development Research in the U.S. Global Development Lab at USAID. She is involved in developing new programs such as the Higher Education Solutions Network within USAID, which brings more scientists and engineers into international development. Her work has taken her around the world to countries such as Egypt, Jordan, South Africa, Afghanistan, Malawi, Tanzania, Indonesia, and India.

Jones says she will never forget the opportunities that helped start her on this journey. Participating in Project SEED “solidified the idea that chemistry was something I really liked doing,” she says.

At the ACS national meeting in Washington, D.C., in August 2017, Jones gave a speech during a reception for Project SEED donors and mentors. “You don’t know where the seeds that you plant in the lives of these students will go,” she told the group. “I’m incredibly grateful for the seeds that were planted in me by not just the chemistry teachers but also those church and community members and the research scientists that I was privileged to be able to work with.”

To donate to Project SEED or learn more about the program, visit www.acs.org/seed.