by Katharine Sanderson, special to C&EN

When President Donald J. Trump said last year that he would pull the U.S. out of the Paris climate agreement, leaders across the warming globe expressed their disappointment. One world leader followed up with pointed action: France’s Emmanuel Macron invited climate scientists from around the world to apply for a $37 million program he named “Make Our Planet Great Again.”

More than 1,800 scientists applied for program funds. Last month, Macron announced the 18 grant recipients, who hail from six countries—the U.S., Canada, Italy, Spain, Poland, and India. Each scientist will receive as much as $1.8 million to conduct research in France for three to five years. Half of the funds will come from the government and the other half from the institutions hosting the researchers.

The grant program has many admirers, but not all comments have been positive. In particular, Macron didn’t allot any new research funding for the effort, and France’s science budget did not increase for 2018, notes the French National Union of Scientific Researchers in a Dec. 11 statement.

Despite the criticism, the scheme is gathering lots of interest. Germany has also gotten in on the act, with the government’s German Academic Exchange Service announcing its own“Make Our Planet Great Again” scheme in September. This scheme will similarly host foreign scientists in German institutions for four years, with grants of $1.2 million to $1.8 million available. Of the 287 scientists who applied, 62 have been asked to take the next step to identify a German institution willing to host them. Germany plans to announce the final grant recipients in March.

C&EN spoke with four recipients of the French grant awards to get their take on the process and to hear about the science they are planning. 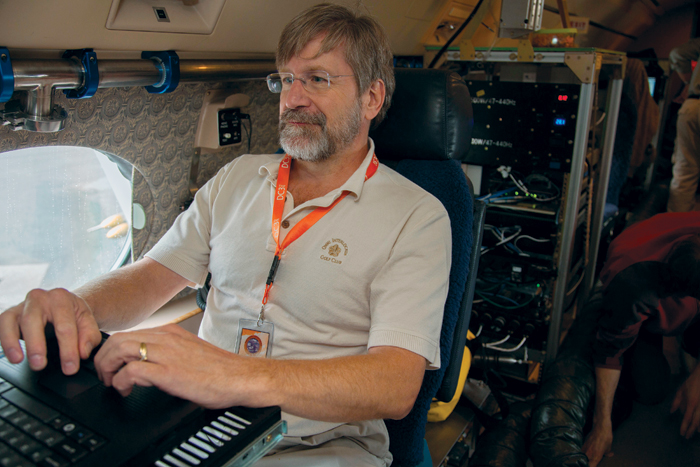 The lure of the atmospheric Parisian streets tempts millions of tourists to visit every year, but for Christopher Cantrell, the actual atmosphere above the city is the real pull. Cantrell is an atmospheric chemist at the University of Colorado, Boulder, and one of 13 U.S. scientists to receive funding from the French program. Cantrell’s $1.8 million grant will take him to Paris-Est Créteil University in the southeast of Paris.

Cantrell studies the chemistry of free-radical compounds produced through photochemistry in the layer of atmosphere closest to Earth’s surface. The reactions of the free radicals with other chemical species can in turn create greenhouse gases and other compounds. Cantrell plans to take advantage of Paris’s geography—a large city surrounded by forests—to better understand those reactions. “It will allow us to measure directly the chemistry of the forest emissions both with and without the impact of the Paris pollution plume,” he says. “The findings could apply to many other large cities.”

After his five-year sojourn in France is over, Cantrell will return to Boulder. His application for the grant wasn’t politically motivated, he says. “My current position is a soft-money position,” which means that he has to write grant proposals continually to fund his salary and research, he explains. He applied for the French program because “to live in France for a while is appealing,” he says. “I didn’t apply to escape the Trump administration.” 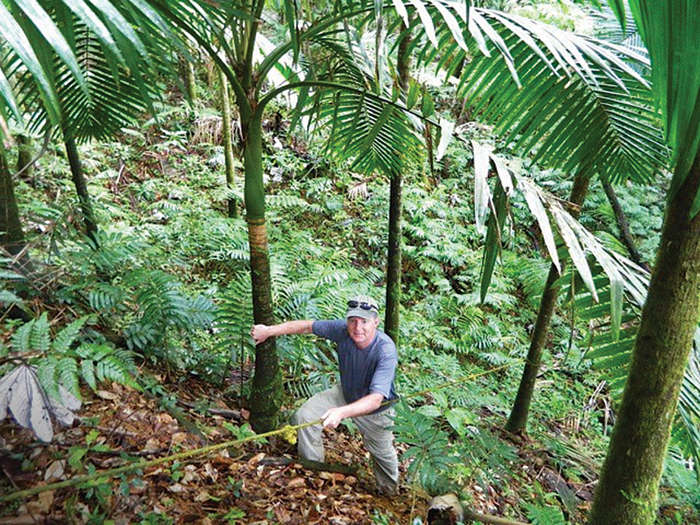 When Cornell University geochemist Louis Derry first heard about “Make our Planet Great Again,” his initial reaction was amusement. “I thought it was from the [French satirical magazine] Le Canard enchaîné, France’s version of the Onion,” he says. But colleagues in France quickly convinced him that the program was no joke, and Derry leaped at the opportunity to apply. “It was a neat opportunity to work with a really good group,” he says.

Derry is interested in what goes on in Earth’s critical zone, a term coined in the past decade to describe the region that starts beneath our feet with groundwater and bedrock and goes up to the top of the tree canopy. In this zone, soil, water, rock, air, and living creatures all interact with each other, and to study what is going on requires some serious equipment.

Derry and his colleagues have been working with a network of critical zone observatories in the U.S. These sites all have a raft of sensors and samplers probing various characteristics of rock, water, soil, and air. The chance to work in France will allow Derry to tap in to OZCAR, the French network of critical zone observatories. “This project is trying to develop fundamental understanding of a complicated system,” Derry says. He is interested in the hydrology and chemistry of natural waters, in particular what happens to stream water after rainstorms.

Derry says that while Macron’s program is clearly politically motivated, his own motivation was largely the opportunity to join a group in France he admires and to make the most of the country’s infrastructure to help his research.

Based in Paris at the Paris Institute of Earth Physics, Derry will use his $1.8 million over four years and is planning to hire a couple of postdoctoral researchers and some graduate students. Some of the money will also go toward instrumentation to analyze stable isotopes in stream water. Derry will keep his position at Cornell and plans to split his time between the U.S. and France to meet his Cornell teaching commitments.

Macron’s program sends a good message, Derry says. He is optimistic that after his four years in France are up, the U.S. administration’s position on climate change might have changed. “I’m hoping that, while we’re in a difficult situation now, in the not too distant future the U.S. can get back on board,” Derry says. 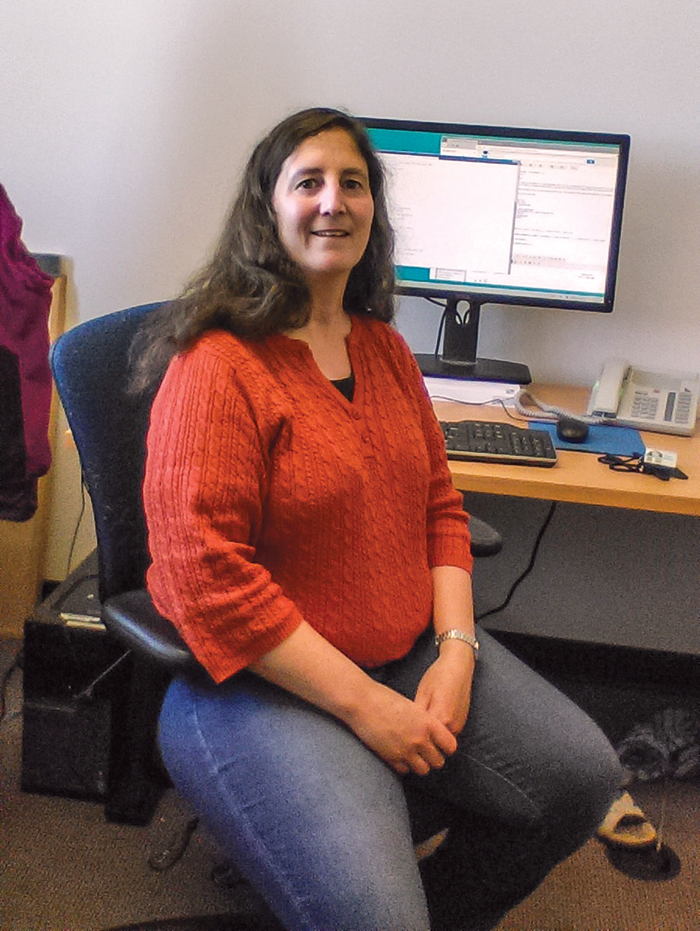 Macron’s call for climate researchers gave Barbara Ervens, a chemist at the National Oceanic & Atmospheric Administration (NOAA) in Boulder, Colorado, an opportunity to return closer to home. Originally from Germany, Ervens has been at NOAA for 16 years and is a citizen of both Germany and the U.S.

Like Derry, Ervens was contacted by French researchers to let her know about the funding program. Ervens is a computational chemist and for the past 20 years has worked on modeling the chemical processes going on in cloud droplets.

Ervens’s colleagues in France wanted to bring her modeling expertise on board to make sense of all the data they produce from their observatory at Puy de Dôme in central France. “Clouds are really tricky to describe in models,” Ervens says. And while she is an expert in those models, her French colleagues are expert in the biological processes that happen in clouds.

Clouds transport bacteria around the globe, Ervens explains, and she hopes to use her time in France to study the interplay of bacteria, aerosol particles, and clouds. Bacteria can initiate cloud formation, she notes, and bacterial metabolism can alter the chemical composition of aerosol particles and water droplets.

Ervens is still waiting for the details of her contract to be ironed out but plans to use her $1.8 million over four years. She will advertise for students and postdoctoral researchers to join her once she is settled in France.

After her stint in France is up, Ervens has no specific plans, but her enviable position as a dual citizen gives her confidence that her next move will be straightforward. “I can work on two continents, and I’m sure that some exciting opportunity will open up just as it always happened during my career,” she says. 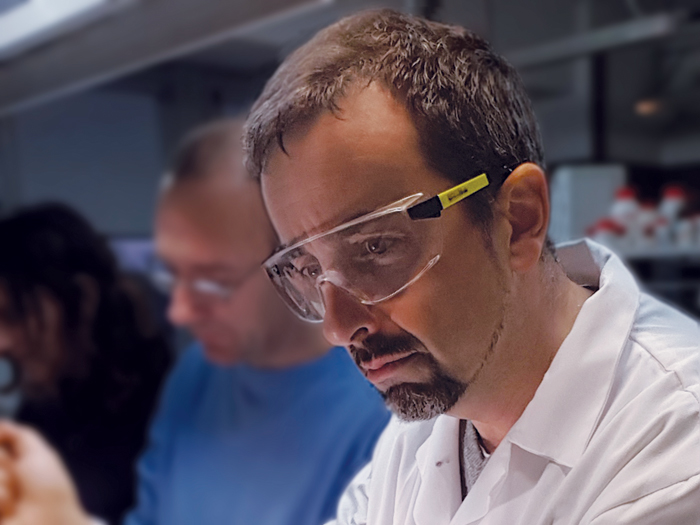 Giuliano Giambastiani, a researcher at the Italian National Research Council’s Institute of Chemistry of OrganoMetallic Compounds in Florence, is one of five non-U.S.-based scientists to be awarded one of the French grants.

Giambastiani is a catalysis expert, and he is eager to share his ideas in sustainable catalysis with an international community. This is what drew him to the funding scheme, he says. He will use his $1.8 million over four years at the University of Strasbourg, working with his longtime collaborator Cuong Pham-Huu, director of the university’s Institute of Chemistry & Processes for Energy, Environment & Health.

Together the colleagues will try to make innovative materials that will help move the chemical industry toward an era of sustainable catalysis, Giambastiani says. They’ll be developing catalysts for three processes: producing hydrogen from water, producing hydrocarbons through hydrodeoxygenation of oxygen-rich biomasses, and making chemicals using electrochemical reduction of carbon dioxide. Overall, they’re looking to develop reactions that work under mild conditions and that have zero or negative carbon dioxide impact across the entire production chain.

After the four years in Strasbourg, Giambastiani will return to Florence. “I am not leaving my group and my country,” he says.

“The opportunity that France is offering through its ‘Make Our Planet Great Again’ program has no precedent in Europe, and it is generally very hard to receive such a huge grant for carrying out our research,” Giambastiani says. “The French initiative has hopefully shed attention on the urgent need to put research at the forefront of the modern industrial society.”

Profiles
Kavli Prize-winning astrochemist looks back at her career probing chemical complexity in space
Research Funding
U.S. and U.K. political climates are driving scholars to Canada﻿﻿
Climate Change
Will the world ever be ready for solar geoengineering?
Share X
To send an e-mail to multiple recipients, separate e-mail addresses with a comma, semicolon, or both.
Title: With ‘Make Our Planet Great Again,’ France aims to lead world in climate research
Author: Katharine Sanderson, special to C&EN
Chemical & Engineering News will not share your email address with any other person or company.