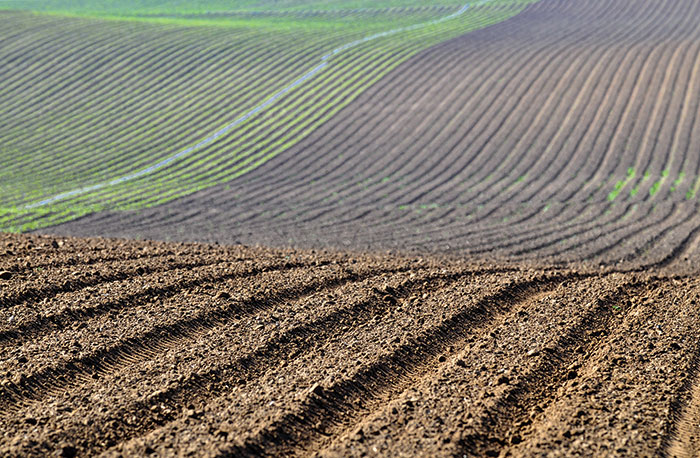 Credit: Shutterstock
Agricultural soils may be an unrecognized source of air pollution.

Air pollution regulations that are focused on cars and trucks have helped clean up the air in California’s cities, but rural areas still struggle with poor air quality. Agricultural soils may be an overlooked source of as much as half of California’s emissions of nitric oxide and nitrogen dioxide, collectively called NOx, new research suggests. NOx compounds contribute to smog and can cause lung damage. Previous field studies suggested that heavily fertilized soils might emit significant amounts of NOx, but work led by Maya Almaraz of the University of California, Davis, is the first to provide a state-scale estimate. Almaraz and colleagues modeled soil emissions computationally and correlated them with airborne NOx measurements (Sci. Adv. 2018, DOI: 10.1126/sciadv.aao3477). They found that agricultural soils likely contribute 20–51% of NOx in California’s air; emissions were particularly high over the San Joaquin Valley. “The effect of large soil NOx emissions on air quality and human health remain unclear, but the magnitude of the flux alone raises concern about its potential impact,” the researchers write.