Alarm sounds for gene therapy toxicity, but was the concern legitimate? 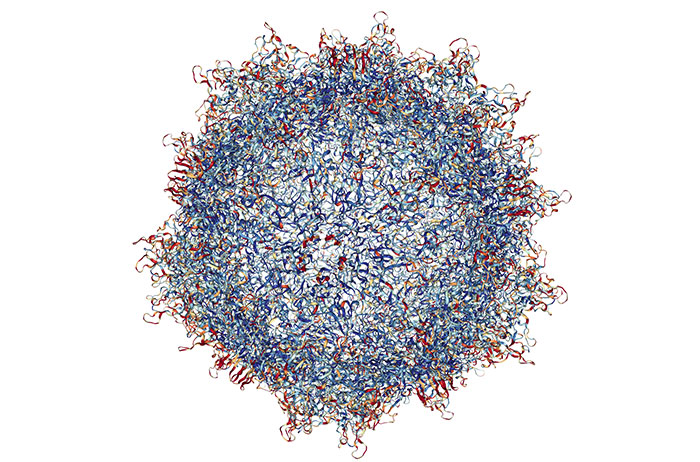 A controversial new study by veteran gene therapy scientist James Wilson at the University of Pennsylvania is rousing concerns about the safety of high-dose gene therapy trials. It disclosed that a therapy designed to treat a muscle-wasting disease called spinal muscular atrophy (SMA) given to monkeys and piglets resulted in severe toxicity in the animals, which had to be euthanized (Hum. Gene Ther. 2018, DOI: 10.1089/hum.2018.015).

Many gene therapy stocks dropped on the news. Yet the size of the study was small, just three of each animal. It had no control group and didn’t test the therapy at different doses. Given those limitations, it may seem surprising that the paper was such a market mover. But biotech investors are paying close attention because of Wilson’s reputation.

Wilson was the lead scientist behind a highly publicized gene therapy trial that resulted in the death of 18-year-old Jesse Gelsinger in 1999. That incident halted progress in the field for years. In his new paper, Wilson writes that the “timing and features of the toxicity” seen in the monkeys “are reminiscent of the innate immune response” that led to body-wide inflammation in and the death of Gelsinger.

The new study suggests that high doses of adeno-associated virus (AAV), the virus capsule used to deliver therapeutic DNA into cells, might be unsafe. The animals were given a dose of 200 trillion DNA-filled viruses per kilogram of body weight. This is much higher than the dose of 150 billion viruses injected into the retina in the recently approved gene therapy Luxturna, which treats a form of inherited blindness. The higher dose is needed when using an IV injection to treat muscular and nervous system diseases.

The news of Wilson’s study was particularly hard on the stock of Solid Biosciences, a company that plans to test a gene therapy in children with Duchenne muscular dystrophy. That impact is because Wilson resigned from Solid’s scientific advisory board in January, “citing emerging concerns about the possible risks of high systemic dosing of AAV.”

The U.S. Food & Drug Administration put Solid’s high-dose gene therapy trial on hold in November, but the company didn’t report this, or Wilson’s departure, to potential investors until hours before its initial public offering on Jan. 25. The negative news didn’t do much to slow Solid’s NASDAQ debut, which raised about $133.7 million.

Solid Biosciences and Wilson’s lab both declined to comment.

Like many other gene therapy companies, Solid Biosciences is using a particular kind of AAV, called AAV9, which easily enters the nervous system. Wilson’s study uses a similar virus called AAVhu68, which has two amino acids that are different from AAV9.

Terence Flotte, the editor in chief of Human Gene Therapy, says he is not aware of AAVhu68 being used in humans. What makes the data in Wilson’s paper stand out is how it contrasts with the otherwise “remarkably positive” data from high doses of AAV9 in humans, Flotte says. “Because of this, the stakes are very high for the patients and families involved.”

The results from the SMA trial “are very powerful, nothing short of magic for the parents and children with the disease,” says Pedro Lowenstein, a neuroscientist running a gene therapy trial at the University of Michigan.

The only toxicity observed in the AveXis trial was elevated levels of liver enzymes, which were controlled by giving children steroids for a month after the gene therapy injection.

In Wilson’s study, all three monkeys had noticeably elevated liver enzyme levels. One monkey was noticeably sick and dormant on the fourth morning after it received the AAVhu68 injection. Its condition worsened, with hypothermia, labored breathing, and an enlarged liver. It was euthanized within three hours. Wilson wrote that the liver toxicity from the gene therapy more closely resembled an acetaminophen overdose than an acquired immune response to the virus. This is important because acquired immunity is already a well-known toxicity concern in gene therapy trials, and people that have been previously exposed to AAV and make antibodies against the virus can be excluded from clinical trials.

The three piglets were euthanized within two weeks of the treatment because of worsening motor difficulties. Degeneration of sensory neurons in the animals’ dorsal root ganglia, a nerve bundle projecting from the spinal cord, was observed.

AveXis’s Nagendran says there are no reports of dorsal root ganglion toxicity in any studies with AAV9.

Wilson’s paper mentioned an unpublished study from his lab evaluating another AAV variant, called AAV-PHP.B. This variant works well for delivering genes to the nervous system in mice, but Wilson found that it caused severe toxicity in monkeys. So why do some studies show gene therapies causing this toxicity, while others show they are safe? “That’s the billion-dollar question,” Lowenstein says. Many factors, he explains, such as manufacturing differences, contaminants, and even the speed of the injection can alter the course of the therapy.

“If [Wilson’s new study] is true, other people will do the same experiments and get the same results,” Lowenstein says. “But the human data will always trump everything else.”

In a testament to the excitement around gene therapy, most gene therapy stocks that fell after Wilson’s publication had rebounded to their previous values within a day.

Investment
Dippin’ Dots starts freezing more than just ice cream into little beads
Outsourcing
Kodak loan to enter drug business is put on hold
Outsourcing
Lonza ups L-asparaginase for Servier
Share X
To send an e-mail to multiple recipients, separate e-mail addresses with a comma, semicolon, or both.
Title: Alarm sounds for gene therapy toxicity, but was the concern legitimate?
Author: Ryan Cross
Chemical & Engineering News will not share your email address with any other person or company.