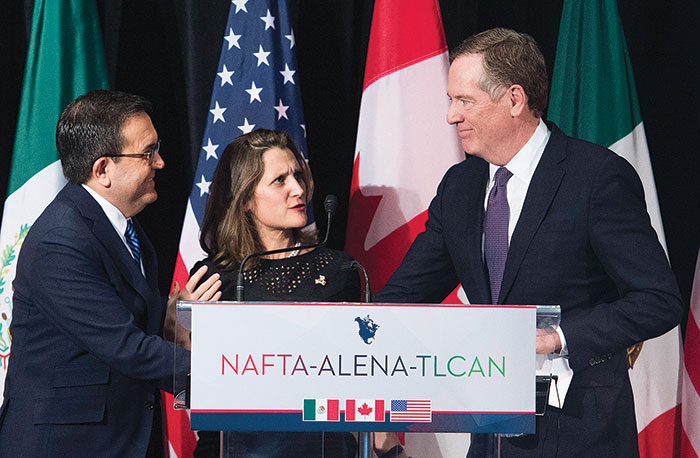 Public health and consumer organizations are urging negotiators updating the North American Free Trade Agreement (NAFTA) to not make changes that would extend patent protections and other benefits for drugmakers. In a Jan. 24 letter to trade ministers, Doctors Without Borders, Consumers Union, and more than 100 other groups from NAFTA partners Canada, Mexico, and the U.S. say the modernized agreement should help reduce health care costs by encouraging the development of more generic drugs. “It is vital that the NAFTA party governments reject any provisions that would expand or strengthen pharmaceutical monopolies and enforcement at the expense of access to affordable medicines,” the groups say. But a coalition of U.S. drug and biotech companies, doctors, and hospitals say the revised pact must strengthen intellectual property protections to foster medical research. Mexico and Canada do not share the U.S.’s commitment to “robust patent rights” that enables pharma to recoup its R&D costs, the Partnership for Chronic Diseases argues in an op-ed. Negotiators will meet in Mexico City later this month for the seventh round of talks on revamping the 24-year-old trade agreement.