by Katsumori Matsuoka, special to C&EN 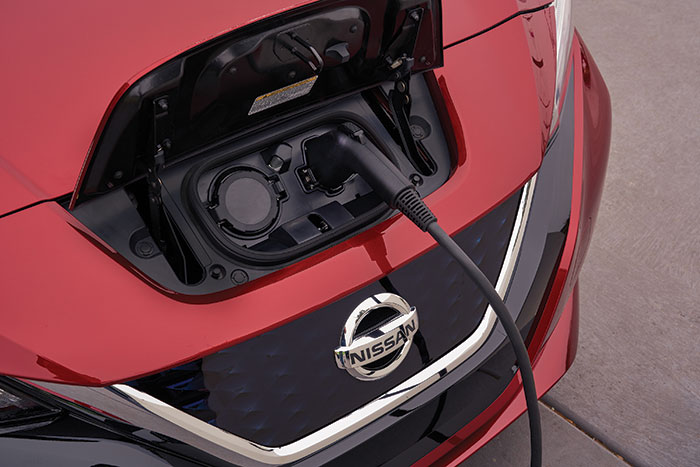 Credit: Nissan
Japanese chemical company managers fear being left out of development programs for electric vehicles such as this Nissan Leaf.

The last time major Japanese chemical companies attempted a big merger was in 2000. That year, Sumitomo Chemical and Mitsui Chemicals announced they were entering talks to create Asia’s largest chemical producer by 2003. But it was not to be. The talks between the two companies foundered, and the plan was abandoned.

Now, merger mania is spreading throughout the rest of the globe. ChemChina bought Syngenta, and Bayer is in the process of acquiring Monsanto. The industrial gas giants Linde and Praxair are merging. Clariant and Huntsman announced plans to merge, only to see them scuttled by an activist shareholder. Most dramatically, Dow Chemical and DuPont have combined.

At a time when chemical companies everywhere else are creating giants that can respond to customers’ needs around the globe, the Japanese chemical industry has resisted consolidation. A cultural aversion to job cuts and a desire for harmonious labor relations make managers loath to pursue large mergers. And unlike in the West, shareholders in Japan aren’t pushing hard for such deals.

Increasingly, however, Japanese executives are weighing the benefits of merging chemical businesses—even if not whole companies—to improve long-term competitiveness.

The flurry of activity—in particular the Dow-DuPont merger—has opened managers’ eyes in Japan. Although DowDuPont will eventually split itself in three, each of the companies to emerge will be dominant players in the fields in which they compete. “Japanese companies will be affected,” says Takato Watabe, a managing director at the investment firm Morgan Stanley MUFG Securities.

“We need to carefully evaluate this new entity—especially the strong R&D power that it creates,” adds Osamu Ishitobi, chair of Sumitomo Chemical and of the Japan Chemical Industry Association.

In the world outside Japan, deal-making is yielding giants that compete in commodity as well as specialty chemicals, says Masayuki Tsuchida, co-chief investment officer and board member of Innovation Network Corporation of Japan, a public-private investment fund controlled by the Japanese government’s Ministry of Economy, Trade & Industry. “The Japanese chemical industry has to follow these new trends,” he says.

By not following in the footsteps of their Western competitors, Japanese chemical makers put themselves at risk of being swallowed up by them, industry watchers warn. Even if they remain independent, companies will become mere followers of major market trends.

“I will not be surprised to hear that a Japanese chemical producer has become a foreign acquisition target,” Morgan Stanley’s Watabe says. The market capitalization of DowDuPont is four times that of Mitsubishi Chemical Holdings, Japan’s largest player, he notes.

As things stand, Tsuchida says, Japanese chemical companies waste too much energy competing against one another. “If several companies crowd the same business, they lose global competitiveness, and at last, they become subcontractors to giant Western or Chinese players,” he says.

Battery and semiconductor materials are examples of Japanese businesses that are too fragmented, Watabe says. In batteries, Japan features several producers of cathode materials, anode materials, separator films, electrolytes, and so on.

In semiconductors, no Japanese company is able to supply a full range of process chemicals covering the entire chip-making process. Instead, Japanese materials suppliers tend to provide discrete products that are more susceptible to price competition than full-service packages.

Lack of size limits the R&D resources a company can bring to problems faced by customers in industries such as automotive, Tsuchida adds. “You need to have strong financial power to withstand the burden of R&D, to deal on an equal footing with car manufacturers, and to be able to supply not only quality but also quantity,” he says.

Shin-Etsu is the only Japanese firm among the world’s 10 most highly valued chemical companies.

Major customers, notably those in the auto industry, share critical market information only with their top one or two suppliers, Tsuchida says. With their relatively small scope of operations, Japanese firms may not have a long-term role to play as suppliers of materials used in emerging markets such as electric vehicles, he fears.

The way forward for Japanese chemical producers, Tsuchida says, is for them to merge some of their businesses and create globally competitive players. “We have to integrate the strongest businesses of our companies,” he argues.

For example, using spin-offs and tie-ups could help create strong manufacturers of both battery and semiconductor materials, according to Watabe. “There should be a company that supplies materials from ­preprocessing all the way to postprocessing of semiconductors in Japan,” he says.

Mergers would not work in all industry sectors. In petrochemicals, for instance, Japan is saddled with plants that are too small to be globally competitive. “If we integrate two companies, the size of each plant will not change,” explains Ichiro Ito, the chair of chemical maker Asahi Kasei. “We can expect some overhead reduction, but the competitiveness of each plant will remain the same.”

In the parts of the chemical industry where business mergers would make sense, the change should happen while business is booming, as is the case now for battery materials, argues Yoshimitsu Kobayashi, chair of Mitsubishi Chemical Holdings. When markets mature and growth flattens, it is too late for mergers, he says.

Some consolidation is occurring in Japan, albeit slowly. Mitsubishi Chemical and Ube Industries combined their Chinese electrolyte businesses in 2016, but that was a relatively minor move. More significant is a decision by Sumitomo Chemical and Zeon to merge their solution-based styrene-butadiene rubber businesses by the end of 2019. Solution-based styrene-butadiene rubber is a relatively new type of rubber that helps reduce vehicle energy consumption while improving road grip. Four Japanese firms produce the material.

Deciding to sell a business or merge it with a similar business at another company is not easy, Innovation Network Corporation of Japan’s Tsuchida observes, but taking the hard steps to form larger players will yield benefits. “Companies could get firsthand information from key customers and could protect their market position.”

Being responsive to customers’ needs is already one of the strengths of Japan’s chemical and materials producers, says Ishitobi, the Sumitomo chair. Mergers would increase the amount of resources devoted to customers in growing fields. “We need clearer product positioning and to spend our management resources more strategically,” he says.

As for a complete merger of two large companies, similar to the deal between Dow and DuPont, it’s unlikely for now in Japan because of the industry’s good financial health and managers’ cultural discomfort with such drastic moves, Asahi Kasei’s Ito says. “Whole company mergers will not happen unless we face a desperate situation.”

Large Japanese chemical producers have reported healthy, or even record, profits for the past three years. Rather than be complacent in this prosperous period, managers may need to look seriously at mergers or other business integration moves to ensure the long-term well-being of the companies they work for.

Katsumori Matsuoka has covered the chemical industry for Japan’s Chemical Daily for the past four decades.