A general and mild method for turning aromatic C–H bonds into C–F bonds offers chemists a way to create fluorinated molecules that were difficult to make before. Because the chemistry tolerates a broad range of functional groups, it can fluorinate molecules in the later stages of a chemical synthesis—to make novel pharmaceutical or agrochemical candidates, for example (Nature 2018, DOI: 10.1038/nature25749). 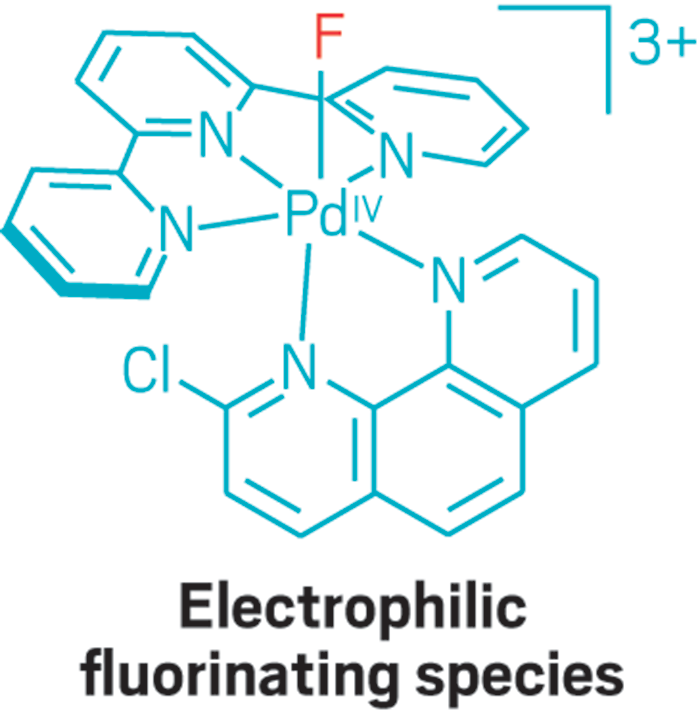 Chemists have already come up with good ways to fluorinate alkyl C–H bonds, says Tobias Ritter, a professor at the Max Planck Institute for Kohlenforschung who led the development of the new reaction. But until now, he says, there’s been no general way to directly fluorinate arenes. Chemists have had to use harsh reagents, such as fluorine gas, which destroy other functional groups in a molecule. Milder fluorinating reagents work on only a limited subset of substrates.

The reaction devised by Ritter and colleagues relies on an electrophilic fluorinating species (shown). The complex, which forms catalytically during the transformation, reacts with a wide array of arenes, leaving functional groups such as esters, chlorides, and sulfonamides unscathed. The reaction generally installs the fluoride in the position that’s ortho or para to the arene’s most electron-rich substituent. In one example, the chemists made a fluorinated version of the lipid-lowering agent ciprofibrate. 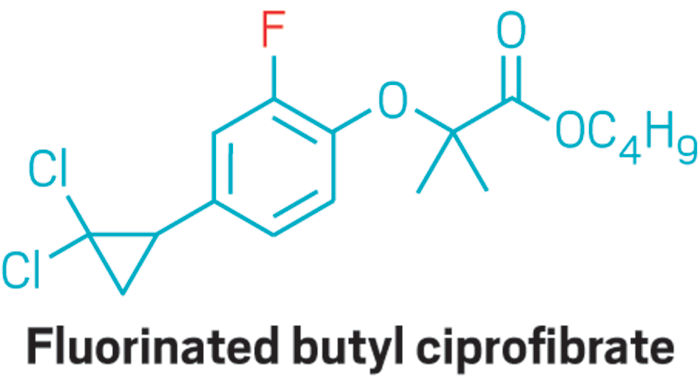 “This is one of a few cases where a reaction we have developed turned out to work as we originally brainstormed on a piece of paper,” Ritter says. “But it took several years and many catalyst iterations to get the specifics right.” The toughest part was getting the right balance in catalyst reactivity. The chlorine substituent on one of the catalyst’s ligands proved crucial to making the catalyst sufficiently reactive, he says.

Véronique Gouverneur, an expert in organofluorination chemistry at the University of Oxford, says that “it will be of interest to witness how this chemistry will evolve in future years, by allowing, for example, enhanced control over regioselectivity, the transfer of fluorine on substrates other than arenes, or the transfer of functional groups other than fluorine.”