For Planetary Resources CEO, water-seeking satellites are just the beginning 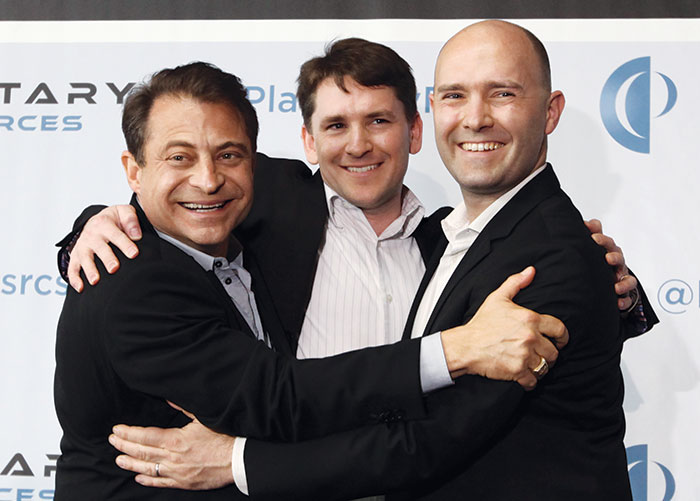 Chris Lewicki believes that the past has a lot to tell us about the future of humans in space.

He thinks back to 1804, when President Thomas Jefferson sent Lewis and Clark on a voyage of discovery to the American West. The rest of the country didn’t just marvel at the reports of natural wonders and vast expanses. Rather, Americans actually went to those places for adventure, to search for gold and silver, or to raise families and build a livelihood.

The same thing, Lewicki says, will happen in space.

Lewicki is CEO of the space start-up Planetary Resources. Its provocative tagline is “The asteroid mining company.” Planetary Resources wants to mine water contained in near-Earth asteroids and use it to produce liquid hydrogen rocket fuel. It hopes to turn asteroids into something like gas stations in space, making them launch pads for long-distance travel.

Mining on asteroids may sound like science fiction to some, but to Lewicki it’s not much different from mining on Earth. What’s more, starting a space voyage from near-Earth orbit would make ambitious missions—such as taking large payloads to Mars—much more practical than starting from Earth’s surface.

Planetary Resources was founded in 2010 by Lewicki and two entrepreneurs with a keen interest in space travel: Eric C. Anderson, chairman of Space Adventures, a company that arranges for private individuals to go to the International Space Station, and Peter H. Diamandis, founder of the XPrize Foundation. The firm has raised about $50 million so far from investors including Virgin Group founder Richard Branson.

It’s not surprising that investors would look to Lewicki to run a start-up with such outsize ambitions. After receiving a master’s degree in aerospace engineering from the University of Arizona, Lewicki spent a decade as a senior flight systems engineer at NASA’s Jet Propulsion Laboratory.

At JPL, Lewicki was the surface mission manager for the Phoenix Mars Lander and, at the age of 29, flight director for the Mars rovers Spirit and Opportunity. His teams assembled and tested the rovers and launched the missions. 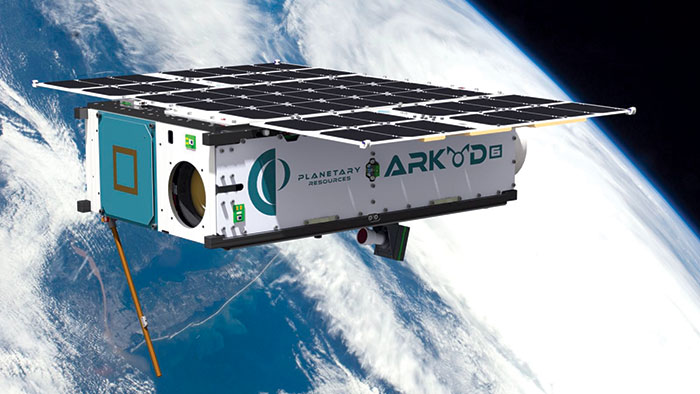 At Planetary Resources, Lewicki has already launched two satellites. The second one, Arkyd-6, a small satellite with an infrared sensor that can detect water on asteroids, went up on Jan. 12. The mission is intended to test the sensor technology, the firm’s ability to aim the sensor, and the satellite’s data connections to Earth. Lewicki spoke with C&EN shortly after the launch while attending the World Economic Forum in Davos, Switzerland.

Lewicki was a teenager already mulling a space career when, in 1989, NASA’s Voyager 2 spacecraft sent back an image that really blew his mind. “It was the Voyager flyby of Neptune that sealed the deal. It had always been just a blue dot,” Lewicki recalls. “Then, after a 12-year spaceship journey, all of a sudden the planet Neptune is a place.”

Lewicki knew the odds of becoming an astronaut were slim, so he shifted his attention to building and deploying space robots. He got to live his robotics dream at NASA. In fact, the Opportunity rover is still exploring the surface of Mars 14 years later.

At Planetary Resources, though, the fundamental mission is not exploration but habitation.

That’s the niche the firm is carving out in the growing private space industry. Space Adventures shows that some very wealthy people will pay to visit the space station, Lewicki says. In contrast, Planetary Resources seeks to build space travel infrastructure that will allow people to actually stay there.

And while plenty of private companies are launching satellites these days, they are content to sell services to Earth-bound people and businesses.

Then there’s Elon Musk’s SpaceX, which is working on large Earth-launched rockets that can carry people and cargo. On Feb. 6, the company demonstrated its Falcon Heavy rocket, which is expected to have an eventual payload capacity of 64,000 kg. SpaceX aspires to send its first cargo mission—on an even larger rocket—to Mars in 2022.

Getting from Earth to Mars is a difficult haul. When the two planets are at their closest, the journey is over 54 million km. And yet, the kilometers aren’t the problem.

“In space it’s not so much about distance; it’s about velocity,” Lewicki stresses. “It’s a completely different way of thinking about getting from point A to point B. You get up to speed, cut off the engine, and coast forever.”

“The NASA mission that reached Pluto in 2015 coasted, starting one day after it left Earth. Going great distances in space is really about getting up to highway speed.”

To get up to speed, engineers must confront the tyranny of the rocket equation. When starting from Earth, a rocket has to carry and burn enough fuel to accelerate to 9,700 meters per second. The mass of the fuel required to overcome Earth’s gravity and atmosphere leaves little room for cargo or people.

A better idea, Lewicki contends, is to start a deep-space journey from a convenient and accessible asteroid.

Most near-Earth asteroids don’t actually travel that close to our planet, but there are a lot of them. JPL has counted more than 17,600, the largest of which are up to 32 km across. Some even have their own moons. NASA scientists track in particular those that get closer than 7.5 million km and are larger than 150 meters in diameter.

Lewicki has good company in his asteroid obsession. Amy Mainzer studies them as principal investigator of NASA’s NEOWISE project. She uses a wide-field infrared imager to measure the orbits of asteroids and comets to find any that might pose a threat to Earth. In addition, Mainzer has access to data from government telescopes and spectrometers. With all that information, she seeks to work out the composition of the asteroids.

“We can calculate the reflectivity of the asteroid, called the albedo, which gives us a clue of what it’s made of,” Mainzer says. She explains that the brighter objects are “more stony” and less likely to contain water. Really dark objects, likely formed in distant parts of the solar system, may contain claylike minerals and are more likely to host frozen water in their pores.

Planetary Resources’ Arkyd-6, named after the probe droids from the Star Wars movie “The Empire Strikes Back,” will prospect for asteroids that contain extractable water using a midwave infrared imager.

More so than NASA, Planetary Resources has to watch its budget. It picked a sensor that can detect water by looking at the 3.1-µm part of the infrared spectrum. “It’s the cheapest, most straightforward measure. If you can only do one thing, that’s the one thing you do,” Lewicki says. The satellite carrying the imager is not much bigger than a cereal box and was built from scratch to ensure durability.

While space enthusiasts await the first images from Arkyd-6, Lewicki says he’s also paying attention to NASA’s explorations of our asteroid-strewn neighborhood. “We still need to answer fundamental science questions about asteroids.” He compares NASA’s efforts to the government mission that funded Lewis and Clark. “They came back with knowledge and maps—and now there’s Seattle.”

Comments
Dr. Thomas Theyson (February 22, 2018 9:21 AM)
This is the kind of project that seems reasonable after two bottles of wine and a light dinner. You don't need just need enough fuel to escape earth's gravity, you need enough to slow down once to get to the asteroid and then enough to reaccelerate back to earth.

We should put about the same amount of money into this project as Jefferson put it to the Lewis and Clark expedition.
Reply »