Menopause is no walk in the park. Though every person’s experience is different, the often-distressing effects from depleted hormones—including hot flashes, night sweats, and anxiety—lead many to seek treatment. Hormone replacement leads to an increased cancer risk, however, just as continued exposure to natural estrogen increases a woman’s risk of breast cancer as she ages. So many women turn to natural remedies such as the botanicals black cohosh and hops. Botanicals have been used as traditional medicines for centuries, but scientific evidence of the extent to which these substances can relieve symptoms without increasing cancer risk varies widely.

Judy Bolton, who heads the medicinal chemistry and pharmacognosy department at the University of Illinois at Chicago, aims to understand the mechanisms behind these hormone alternatives, with an eye toward developing improved ones. Bolton delivered the Founder’s Award Address at the American Chemical Society national meeting in Boston today, in the Division of Chemical Toxicology. Carmen Drahl spoke with her about the challenges of disentangling botanicals’ complex chemistry. This interview has been edited for length and clarity.

What drew you to studying estrogen and women’s health?

I started working on catechol estrogens when I began my independent career at Queen’s University in 1992. I had been working on catechols and quinones—compounds which can form damaging DNA adducts and initiate cancer-causing mutations—formed from natural products. And I discovered that estrogens formed catechols and quinones naturally in the body. From there it made sense to write grant proposals on estrogen carcinogenesis because it was much more significant than looking at cool molecules with little biological relevance for interest’s sake.

I moved to the University of Illinois at Chicago (UIC) in 1994. The UIC/NIH Botanical Dietary Supplements Center on women’s health, established in 1999 with among the project leaders, was a natural progression. We were interested in botanicals that women were taking as natural alternatives to menopause hormone therapies and how these botanicals interfered with the chemical carcinogenic pathway that involves estrogen in a beneficial way.

▸ Proudest career moment: I was recently named Distinguished Professor at UIC. It really made me think of all the wonderful students and postdocs that have worked with me over the years to get to that point in my life.

Why are women turning to botanical dietary supplements like hops instead of hormone therapy for treating hot flashes and other menopause symptoms?

The major reason that women and their doctors are less likely to recommend traditional hormone therapy is the Women’s Health Initiative. This was a large clinical trial comparing Prempro, a medication made from a mixture of modified estrogens, with placebo. The purpose was to see if the Prempro arm protected women from cardiovascular disease, in an attempt to corroborate limited clinical evidence that estrogen was protecting women from cardiovascular disease. Unfortunately, in 2002 investigators halted the trial early because of increased toxicity in the Prempro group, including increased breast cancer risk. These data have led women to search for natural alternatives to hormone therapy such as black cohosh, red clover, licorice, and hops. The efficacy of these botanicals is questionable and is mainly based on anecdotal ethnomedicine reports.

Yet work your team conducted in cells suggests that hops not only relieves symptoms, it also has the potential to prevent breast cancer. What’s the basis for the cancer-preventive activity?

Work we and others have done suggests that hops multiple bioactive compounds that have numerous biological targets. For example, xanthohumol in hops can induce the synthesis of detoxification enzymes, which could protect from cancers that can form as a result of long-term exposure to estrogens. And 8-prenylnaringenin (8-PN) is a potent inhibitor of the enzyme aromatase, a target of several U.S. Food & Drug Administration-approved drugs for breast cancer.

You’ve demonstrated that hops extracts could be targeted to either pre-menopausal or post-menopausal women by enriching different compounds. How does that work?

One of the main objectives of our center is to standardize botanicals both chemically and biologically. The idea is to isolate the botanical, make the extracts, and then “standardize to the bioactive compounds,” meaning that one measures the amounts of bioactive compounds in the extract and notes a defined amount, or percentage, of the compounds on the bottle. This will vary from batch to batch. Using hops as an example, we standardize the extracts to xanthohumol, 8-PN, and 6-prenylnaringenin, because these are the bioactive compounds we have found in hops so far. If we find more, they will be added to the list. Standardization is crucial because it tells the consumer that the correct plant species is in the formulation and that the formulation contains defined amounts of bioactive compounds. The problem is we don’t know the physiological ideal dose. Consumers are already consuming these extracts, and we are trying to extrapolate our findings in animal studies to people. It’s a bit of the Wild West here. The good news is all of the botanicals we have looked at are safe, and our findings seem to indicate they contain compounds that will improve human health.

When does a treatment stop being an herbal supplement and start being a drug?

As long as a botanical extract is still an extract it will be classified as an herbal supplement. In the U.S., dietary supplements including botanical extracts are defined by the Dietary Supplement Health & Education Act (DSHEA) of 1994. Once the are isolated from the extract, which goes beyond what we do, then you start heading towards drug classification. We have argued that one of the advantages of botanical extracts is they are polypharmacological, having multiple compounds hitting a variety of biological pathways. Preferably they do so in a good way, which increases resilience in women’s health. 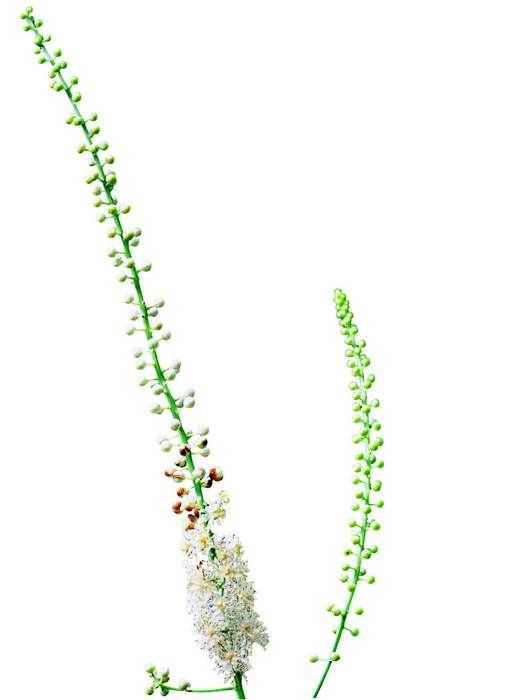 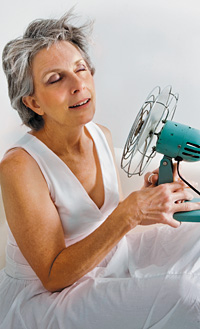 Environment
‘Pathway preferential’ estrogens target the good and avoid the bad
Share X
To send an e-mail to multiple recipients, separate e-mail addresses with a comma, semicolon, or both.
Title: Meet the chemical toxicologist probing how botanical supplements treat menopause symptoms
Author: Carmen Drahl
Chemical & Engineering News will not share your email address with any other person or company.

Comments
Steve Thomas, PhD (August 19, 2018 6:34 PM)
The answer to the last question was not quite accurate. Any substance (chemical, botanical extract, etc) that is marketed to cure, treat, diagnose disease or comdition is a drug amd requires FDA approval. If the extract is being marketed without any claims of curing, mitigating disease etc then it can be a supplement and not a drug. The bottom line is that the status of drug vs dietary supplement depends on the claims being made
Reply »