Drones edge toward the research lab

Credit: Physical Sciences Inc.
PSI will adapt its military drones for laboratory use.

Drones, those flying machines used mainly by hobbyists and aerial photographers, may be coming to the research lab. Physical Sciences Inc. and Hudson Robotics, aided by funding from the US National Institutes of Health, have teamed up to develop drones for sample handling in life sciences facilities.

PSI, based in Andover, Massachusetts, will modify its military-use drones to grip microplates and other lab consumables. Springfield, New Jersey–based Hudson Robotics will apply its lab automation software and robot skills to direct the movement of the drones in a lab setting.

The goal, according to Bruce Jamieson, Hudson Robotics’ vice president of sales and marketing, is drones that replace robotic arms in the lab. “In today’s world, you gather the instruments you need in one area and put a robot in the middle to move things from one instrument to the other,” he explains. “With a drone, the tools you need could be down the hall.”

Drones can help in most operations in which a sample must move from one instrument to another, Jamieson says, such as bringing a plate to an incubator or delivering samples to a sequencer.

PSI, the prime contractor, will report to the NIH on the lab drones in about 2 years. Jamieson, meanwhile, is eyeing commercialization, saying that “some lab pioneers will be clamoring for it.” He anticipates that drones could be whizzing around labs by the end of 2020. 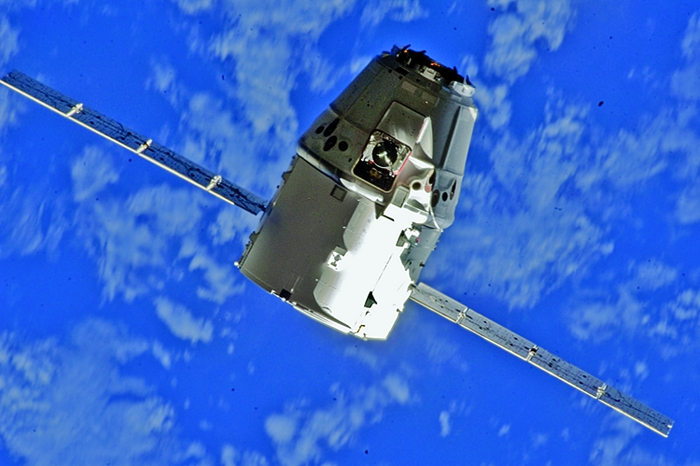 Environment
Commercial Craft Resupplies Space Station
Share X
To send an e-mail to multiple recipients, separate e-mail addresses with a comma, semicolon, or both.
Title: Drones edge toward the research lab
Author: Michael McCoy
Chemical & Engineering News will not share your email address with any other person or company.