Credit: Lanxess
A technician works on lubricants at Lanxess's laboratory in Naugatuck, Connecticut.

Given the chore of changing it every few months, the typical motorist realizes that engine oil degrades over time. Some will also notice the mysterious codes for the different grades—10W-40, 5W-30, and the like—or encounter terms such as “fully synthetic” or “high mileage” and conclude that not all oils are the same.

What many drivers don’t realize is that oil does more than just help an engine run smoothly; it plays a crucial role in fuel economy.

Coming up with new molecules and formulations that boost efficiency occupies most of the time of the chemists and engineers who work for lubricant and additive companies. And with automakers extracting as much mileage as they can from every drop of gasoline—a process that includes meeting new lubricant standards—now is a critical time for such efforts.

Automakers are under constant pressure to make cars more fuel efficient. In 2012, the US Environmental Protection Agency set a goal that the average new vehicle would get 54.5 mpg (23.2 km/L) by 2025. The Trump administration has proposed relaxing those regulations by stopping at the 2020 target of 37.0 mpg (15.7 km/L). Yet in 2017, the car industry achieved only 25.2 mpg (10.7 km/L), leaving ample room for improvement.

By itself, a new engine oil can add a few percentage points or more to fuel economy. “You can do a lot to a vehicle,” says Ernest Henderson, president of K & E Petroleum Consulting. “You can reduce its weight. You can change its aerodynamics. You can redesign the tires. Fuel economy can also be delivered from the engine oil, which in the grand scheme of things is a relatively small cost component. That said, if it can deliver something that is meaningful, it is very encouraging.”

Engine oils start with base stocks. They are typically distilled from petroleum and then tailored chemically. Some, such as poly-α-olefins, are completely synthetic. In addition, lubricants contain an ever-improving package of additives, including friction modifiers, antioxidants, and detergents. 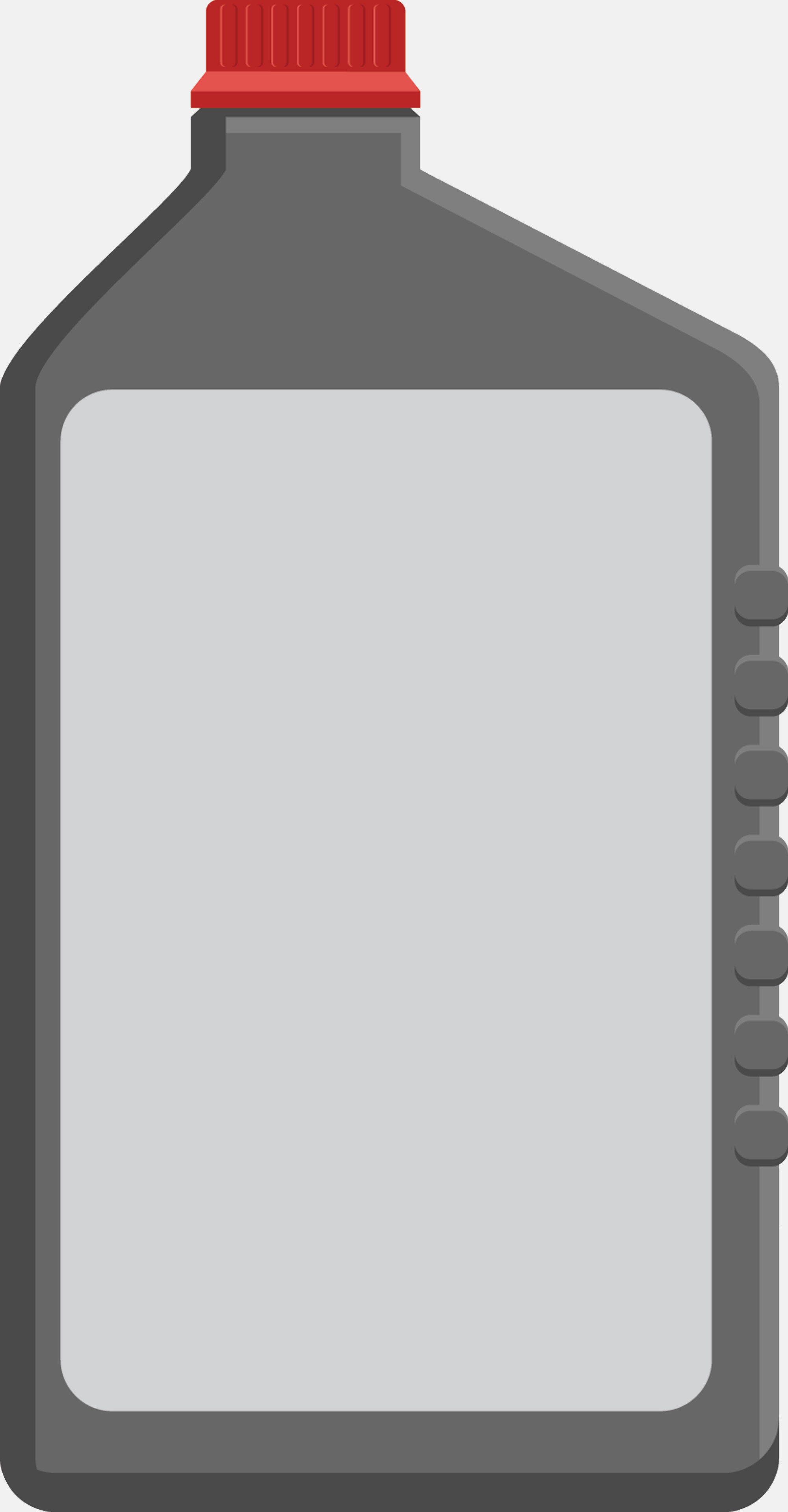 Poly-α-olefins: Synthetic base stocks that offer a good balance of viscosity properties and volatility, as well as greater thermal and oxidative stability over mineral oils.

Antioxidants: Often aminic and phenolic compounds that prevent base-oil oxidation, the primary cause of oil degradation.

Detergents: Surfactants that promote overall cleanliness. They also neutralize acids that form as base oils oxidize.

Friction modifiers: Molecules with polar heads and nonpolar tails. The heads, typically of organic or molybdenum-based chemistry, adhere to the metal surface; the tails provide a slippery surface for the oil.

Over the decades, modifying these ingredients has yielded greater fuel economy. The preferred strategy for formulators and additive makers is reducing the viscosity of the engine oils.

“Viscosity is really drag,” says Mark Sztenderowicz, global manager of product development for automotive engine oils at Chevron Oronite, the lubricant additive arm of the big oil company. “Moving a thicker fluid takes more energy. If you reduce viscosity, less energy is consumed in the moving parts and in pumping the fluid around the engine.”

This strategy can be seen in the evolution of SAE International grades of oil, such as 5W-20. The lower the code numbers, the lower the viscosity. The number before the W—which stands for “winter”—signifies the cold viscosity performance; the one after it designates the viscosity of the oil after the engine has warmed up.

Newer engines use 0W-20, 0W-16, and even 0W-8. How much fuel efficiency benefit comes with lower viscosity varies from engine to engine, Sztenderowicz says. But, for example, a change from a 10W-40 to a 0W-20 oil, assuming identical engines, could bring up to a 3% improvement, he estimates.

Rolling out such lower-viscosity products poses challenges, Sztenderowicz says. At lower viscosity, base oils are more volatile and likely to evaporate. Solving this problem necessitates higher-quality, and often more expensive, base stocks.

And the changes stretch beyond base stocks. “As you go to the thinner oils, you need the additives to work a little harder,” says Cyril Migdal, head of global application technology for lubricant additives at the chemical maker Lanxess. “When there is less film thickness, there is a higher probability that engine parts can come into contact with each other. If they come into contact, you will have wear.”

More and better additives—antiwear additives, for example—might be needed to protect the metal surfaces, Migdal says. And because thinner oils are more susceptible to oxidation, they require stronger antioxidants.

Oil formulators can also lift fuel economy through friction modifiers. Migdal explains that the modifiers are molecules with a polar head, usually made of carboxylic acids, hydroxyl groups, or metals such as molybdenum. They are attached to nonpolar tails, usually derived from oleochemicals. The polar heads adhere to the metal surfaces, while the nonpolar tails create a slick surface.

The improvement is relatively modest. If changing the viscosity yields, for instance, a 2.5% increase in fuel economy, friction modifiers can get the other 0.5%, K & E Petroleum’s Henderson says.

A development at Lanxess might change that. The company expects to soon commercialize a friction modifier that could improve gasoline fuel economy by up to 5%. The nonmetallic additive might be incorporated into engine oils advertised as “high mileage,” Migdal says.

Often, the engine oil aids fuel economy indirectly by enabling automakers to make changes to the powertrain. To get higher mileage, automakers are building engines that are small but run at high temperature and pressure. Antioxidants might be needed to make up for the hotter and more reactive oil and gases, Migdal says.

One knotty problem the industry has been tackling is low-speed preignition (LSPI) of fuel, which can damage an engine. LSPI, Oronite’s Sztenderowicz explains, has been a stumbling block for turbo-charged, direct-injection engines. “These engines produce a lot of power, even though they’re quite small,” he says. “The problem is that when you have such high pressures inside the combustion chamber, you can have the air-fuel mixture ignite all by itself.”

Calcium-based detergent additives in oil likely contribute to LSPI, Migdal says, by leaving calcium deposits in the engine. The solution, he says, has been to add magnesium-based detergents, which don’t present the same problem.

An LSPI test will be an important element of GF-6—the “GF” stands for “gasoline fueled”—a new set of lubricant standards that the auto industry plans to roll out next year. It’s the first new set of International Lubricant Specification Advisory Committee standards since GF-5 was implemented in the early 2010s. As part of GF-6, automakers are developing tests for greater fuel economy, lower deposit buildup, and reduced timing-chain wear.

GF-6 will mean changes to motor oil formulas. “We are putting tremendous resources now into the final stages of development of our GF-6 products,” Oronite’s Sztenderowicz says.

With all the changes that car companies are making to boost fuel efficiency, engine oil modifications might not seem enormous, but they are definitely worthwhile, Henderson says. “Everything you can contribute to fuel economy is vitally important.” 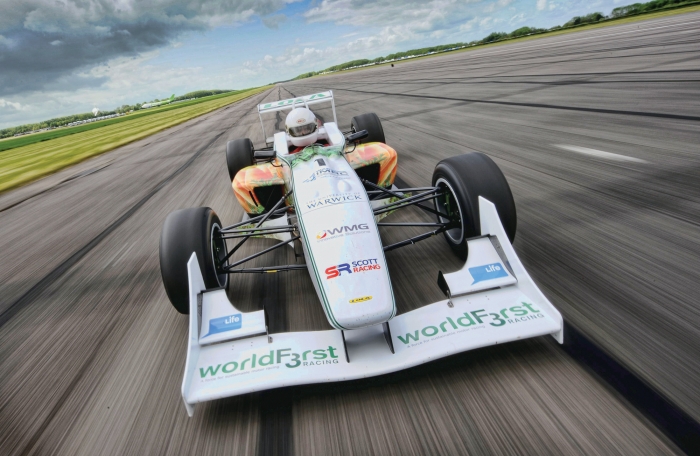 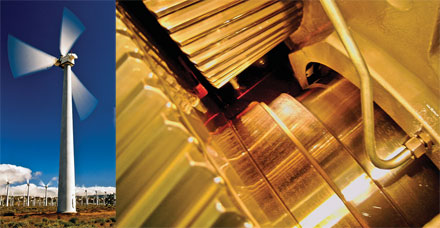 Materials
Fighting Friction
Share X
To send an e-mail to multiple recipients, separate e-mail addresses with a comma, semicolon, or both.
Title: Engine oil becomes critical as automakers look to boost gas mileage
Author: Alexander H. Tullo
Chemical & Engineering News will not share your email address with any other person or company.

Comments
Carl Gerhart (February 4, 2019 3:47 PM)
You research folks searching for better lubes must know
That AMSOIL of Wisconsin has been building the first and best
Syn lubes since ‘72...

With the lube tests done by independent labs they publish
All other wannabe X brands would sue them for exposing their
poor performances in most all engineering std tests.

When better products are had I’d bet AMSOIL will build them.
Their lubes have performed for me for their 25,000 + mi or annual change,
for 38 yrs. How about their By Pass filter that factually extends
Even grocery store petroleum oils by FIVE TIMES!

Leonard Thomas (February 4, 2019 7:31 PM)
Aired tires and changed air filters make for a much improved mpg. Be sure to check the pulley wheels on your drive belt. Dry pulley wheels should make a sick buzzing sound when dry and will ruin your fuel economy. Your drive belt tensioner may be worn out too besides being dry. These hidden mpg killers should be corrected as soon as possible. A fast replacement should pay for the parts. I think there should be a Federal Law concerning fuel economy inspection and repair, and "Happy Motoring" to YOU!...
Reply »

Circuitsmith (February 6, 2019 9:59 AM)
Air filter restriction has almost no effect on MPG in modern engines.
www.fueleconomy.gov/feg/pdfs/Air_Filter_Effects_02_26_2009.pdf
Plus, air filters get more efficient at trapping dirt with use.
So don't change too often.
Reply »

Allan (February 5, 2019 9:47 AM)
Modern oil is an amazing product, for sure! But I think a big obstacle to better fuel mileage is the "battering ram" mentality of many. The roads are clogged with pickups and pickup based station wagons (now known as SUV's), usually with one or two occupants. The idea seems to be the bigger my rig the safer I am while texting. It will be fun to see the about face when fuel goes back to $4-5 per gallon. I''ll smile and wave as I drive by in my 45 MPG VW Jetta Diesel!
Reply »