by Tien Nguyen, special to C&EN

Dionne Hernández-Lugo was in fifth grade when she got her first microscope from her mother. She collected samples from the yard of their home in Puerto Rico and delighted in seeing each component. She was already devoted to math—at family gatherings, she would ask her aunt to write long math problems she could work on while the adults talked—but the gift sparked her interest in science. It also came in handy a few months later when her science teacher brought out microscopes for the class to inspect the layers of an onion but couldn’t get the instruments to focus. “I was the one focusing the microscope for everyone to be able to see,” she says.

Finding her way to chemistry

Hernández-Lugo carried those leadership skills with her as an undergraduate at the University of Puerto Rico, Humacao. As president of a premed student group, she organized a trip to the medical school’s morgue—an exciting opportunity, or so she thought. “Turns out that was my eye-opener,” she says of realizing that she didn’t have the constitution to deal with the grisly aspects of medicine. “I’m glad I was able to see that with enough time to refocus my degree,” she says. Hernández-Lugo (second from left) switched her major to industrial chemistry, attracted to the problem-solving and the chance for industry internships. That led her to jobs in chemical validation at Pfizer and Bristol-Myers Squibb in Puerto Rico after graduation.

After a couple of years in industry, Hernández-Lugo was drawn back to UPR to work with her undergraduate research adviser as a lab technician. Another professor, Margarita Ortiz-Marciales, encouraged her to apply to graduate school for chemistry at UPR, Río Piedras—a path she knew little about. “She saw something in me,” Hernández-Lugo says. Hernández-Lugo got into the doctorate program in chemistry, where she worked on increasing the capacity of batteries. She also received support from fellowships, including NASA’s Harriett G. Jenkins Fellowship, which brought her to NASA Glenn Research Center for three summers during graduate school. She took a research position there after earning her PhD in 2014.

From flight projects to nuclear fission

At NASA, Hernández-Lugo has worked on projects ranging from designing batteries for the agency’s X-57 electric plane to her current project developing a fission power system to operate instruments on the moon. On one of her early flight projects, she realized a passion for project management, where she found satisfaction in leading a group of diverse people toward a specific goal. Students may not realize that NASA hires researchers from all different backgrounds, Hernández-Lugo says, adding that the key to getting nontraditional jobs is to recognize how your skills are transferable. “One of the biggest things that helped me move forward in my career is being open to learning new things and being open to asking a lot of questions.” 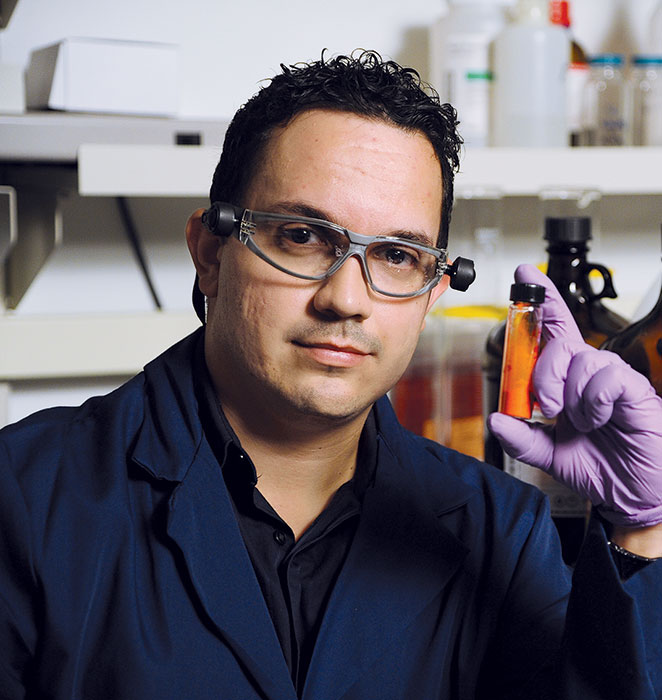 Share X
To send an e-mail to multiple recipients, separate e-mail addresses with a comma, semicolon, or both.
Title: Career Ladder: Dionne Hernández-Lugo
Author: Tien Nguyen, special to C&EN
Chemical & Engineering News will not share your email address with any other person or company.