Credit: Atul Pradhan
Indian Institute of Science researchers were among those who started protesting on Jan. 16 to push for higher pay.

After five years without a pay raise and eight months of lobbying, graduate students and other research scholars in India have taken to the streets to demand an 80% hike in their stipends and scholarships. Some researchers have embarked on hunger strikes.

Protesters began picketing at multiple sites across the country on Jan. 16. Around 2,000 scholars protested silently outside the Ministry of Human Resource Development (MHRD) headquarters in New Delhi. In addition to placards, they carried laptops and books to continue their work during the protest. They were detained by police and later released. At the Indian Institute of Science campus in Bangalore, more than 300 scholars held a 12-hour-long strike.

The government officials have promised a speedy resolution, but action has been anything but speedy, the researchers say. “Since July, we have got only tweets, emails, and fake assurances,” says Nikhil Gupta, national representative and coordinator of the group Research Scholars of India and a research scholar at the Centre for Biomedical Research in Lucknow.

Most recently, VijayRaghavan posted on Twitter on Dec. 3, 2018, that “As we discussed in our meetings, the Fellowship increase in being processed by [the Department of Science & Technology]. This will be completed soon, in December.” He followed up on Dec. 6 to say, “I expect that.the process will be completed in December. There is also a recommendation for periodic review. Again, no problem so far and none expected.”

On Jan. 4, VijayRaghavan again tweeted that “A final decision is expected in a week.”

On Jan. 10, the Department of Science & Technology tweeted that Ministry of Finance discussions had wrapped up: “Hike imminent. Required paperwork is being processed.”

But the research scholars are skeptical that they will see pay increases soon. They also complain that it takes too long for stipends to be distributed.

“Many scholars have left because of the unjustified behavior of the higher education department and these funding agencies,” Gupta says.

Sahu Samrat is pursuing a doctorate in organic chemistry at the Indian Institute of Technology campus in Kharagpur and joined the protests. “No official orders have been released by the government,” he says. “Its sheer negligence forced us to hit the street.” 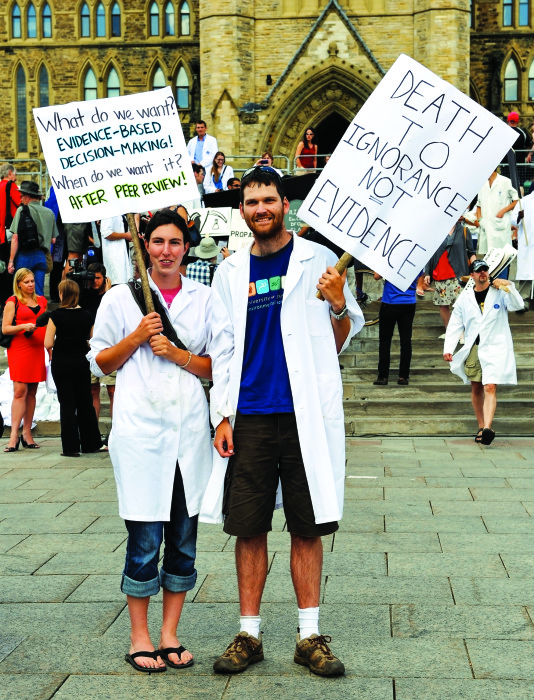 Share X
To send an e-mail to multiple recipients, separate e-mail addresses with a comma, semicolon, or both.
Title: Indian researchers take to streets to demand pay hike
Author: K. V. Venkatasubramanian, special to C&EN
Chemical & Engineering News will not share your email address with any other person or company.

Comments
Lal Chandra Vishwakarma (January 24, 2019 3:38 PM)
Dear friends,
This message to all India scholars,
I would like to say something all of you,
In 2014 Govt / DST secretary, Prof.K Vijay Raghavan sir, had ensured that we will not be the protest next four years fellowdhip hike. The fellowship will be automatically enhanced. But till now, we are in the same situation, All India Research scholars are on road fighting for our right last 6 months.its very shameful to us and our chief of scientific communities. Who has to belong to scientific communities. I think, they have left science, they are doing just management of all these things.
We have our demand want to the government
1- 80% hike of our fellowship
2- Regulars disbursement
3- Auto Enhancement every four/ two years
4 - provide all facility Medical /hostels etc.
In 2018 July, we have started the movement for a hike in fellowship, we have submitted a letter to the whole secretary and ministry, & we have met , discussed all these things related our issue but govt just gave an assurance till now nothing else. Now we are empty hand, as you know, we are struggling for fellowship hike last 6 months, govt ignoring us again & again. This movement will not be stop till the OM & 80% hike. We are looking & observing to the govt. Just giving fake assurance, We can't trust before 80% memorandum.
We have done the protest so many time in front of DST/ Nationwide/ institutewise from last 6 months.
Recently, we have done the protest on 16 Jan 2019 inftont of MHRD, Shastri Bhawan New Delhi. When we have tried to meet MHRD secretary, he forbade to meet us during a protest. After whole protest police detained the all research scholars from the MHRD & kept 3 hr inside Jail.
Note: Jai Anusandhan ki jagah jail Anussndhan hona chahiye.
After that, We had decided a protest will be continue everyday, each institute till the 80% hike & OM.
Today is the 5th day of our protest.
Today govt gave the some statement
Govt giving a gift, this is not a gift, this our right so we are fighting for our right, that kind of statement not possible to us its a kind of fake statement.
If govts release the OM less than 80% hike fellowship, it will be cheating with us. If the govt wants to more productivity in science & Research, govt should be provide all facility in this field. Then Possibly to make in India.
Jai Anusandhan tabhi Hoga
Jab Researchers Healthy way me research karenge.
Thanks
Lal Chandra Vishwakarma
President SYS& AIRSA
AIIMS, New Delhi
Reply »