US labor board proposal says no to unionization at private schools

Credit: Tiffany Yee-Vo/Graduate Workers of Columbia University
Columbia teaching and research assistants rallied on Dec. 5, 2014, to ask the university to recognize their union.

The US National Labor Relations Board (NLRB), which oversees unionization efforts, has proposed that graduate teaching and research assistants employed at private universities and colleges no longer have the right to form labor unions.

Three times over the last 20 years, the board has changed its view whether paid graduate teaching and research assistants are primarily students or if they are also employees and have the right to form labor unions and collectively negotiate employment contracts.

The NLRB proposal defines teaching and research assistants as students and exempts them from coverage and protections under the federal National Labor Relations Act. “Students who perform services at a private college or university related to their studies will be held to be primarily students with a primarily educational, not economic, relationship with their university,” the proposal says. It calls for comments over the next 60 days.

The NLRB’s previous decisions on graduate student workers’ right to unionize have been decided on a case-by-case basis and varied with the makeup of the board. Now, with three of five appointees selected by President Donald J. Trump and approved by a Republican-majority Senate, the board has chosen to propose a rule that would permanently remove the right of teaching assistants to unionize.

The NLRB’s authority extends only to workers in the private sector. Public employees are covered by state laws, and 66,000 teaching assistants in 32 public universities have organized labor unions to represent them in collective bargaining with their institutions, according to the National Center for the Study of Collective Bargaining in Higher Education and the Professions at Hunter College.

Students who perform services at a private college or university related to their studies will be held to be primarily students with a primarily educational, not economic, relationship with their university.
National Labor Relations Board, 84 Fed. Reg. 49691

The proposal would effectively overrule a 2016 NLRB decision that extended the right to unionize to teaching assistants in private colleges, based on a unionization drive at Columbia University.

Since 2016, 15 union elections have been held at private universities, and teaching and research assistants at 12 schools have chosen to unionize, according to William A. Herbert, executive director of the collective bargaining study center. Currently, 5 private institutions—New York University, American University, Brandeis University, the New School, and Tufts University—have negotiated contracts with teaching assistants. Another 4 are involved in negotiations at this time—Harvard, Columbia, Georgetown, and Brown universities.

Herbert notes that no matter how the NLRB’s proposal works out, universities may choose to voluntarily negotiate labor agreements with their teaching assistants. Columbia University announced Sept. 23 that it would continue good faith negotiations with its graduate workers union despite the NLRB’s proposal. Similarly Harvard and its union of 4,000 student workers announced that negotiations for a collective bargaining contract will continue as the NLRB considers its proposal.

Herbert notes that such contracts reached through collective bargaining provide stability to the employment process and encourage workplace democracy. 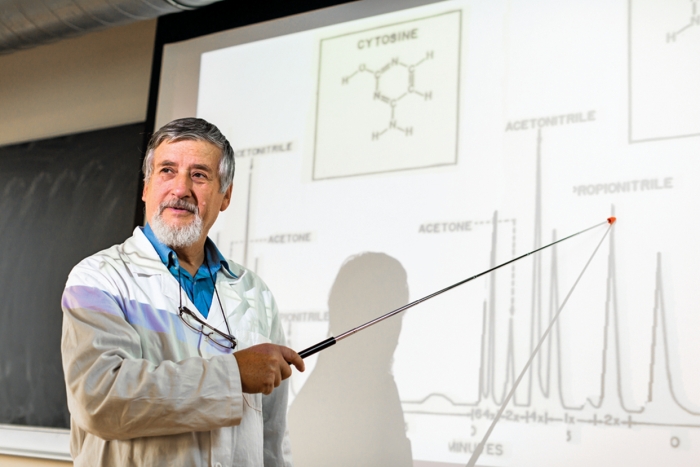 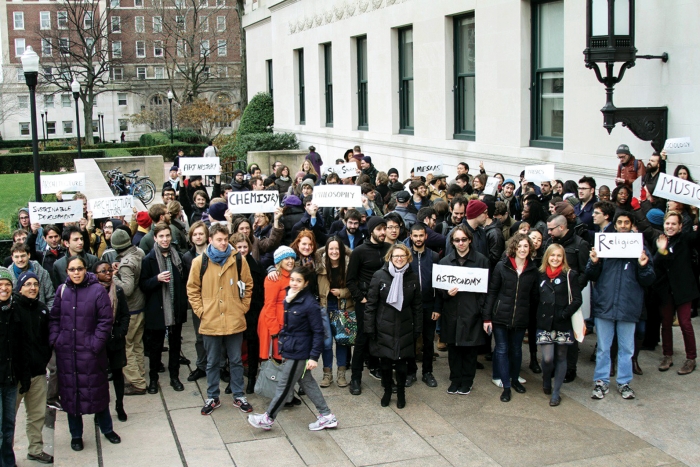 Share X
To send an e-mail to multiple recipients, separate e-mail addresses with a comma, semicolon, or both.
Title: Graduate students lose right to unionize
Author: Jeff Johnson, special to C&EN
Chemical & Engineering News will not share your email address with any other person or company.

Comments
elaine zahnd (October 4, 2019 2:13 PM)
Great article and sad to think the NLRB would not allow graduate students and research associates at private universities and colleges to unionize. They need the right to unionize to protect their vulnerable graduate student status.
Reply »

Jim Parsons (October 5, 2019 4:56 PM)
Caught the September 30th issue and the spot where some of the teaching staff were denied recognition by Columbia when they tried to unionize. Sort of a splash of cold water for many I would guess. But that has long been the historical issue, high quality workmanship and only the best in intellectual ability for free or nearly so. And when such official behaviors are examined in detail one might easily see where such underlying attitudes and associated behaviors are in fact the super structure of many of the social movements concerning race and gender admissions to higher education and employment opportunities or not as the case may be. There have been, what for me was, an astonishing number of past articles about these issues in C&EN, so my comments are not really a shock to anyone I would expect. The basic political ruse is to make the issue about social concerns and not about whether or not folks get paid what they might be worth as professionals. The bits that get me to chuckling in C&EN have been the number of US drug companies that have shipped, lock stock and barrel, their research branches to places like Switzerland. Including the employee’s families, cats and dogs and so on --- all overseas. While leaving the production and marketing branches here in the US. Why is that? And not only drug companies, but some in electronic and computer industries as well. And there have been an increasing commentary on PBS’ News Hour over recent decades about employers not finding or having the higher quality of folks to work in their factories and so on. So the observations in C&EN are in reality a sort of a humdrum and average quality. But of course if you yourself are a highly trained and capable chemist and are out of a job or are in a low paying job, everything changes.
Reply »