By the numbers: Who’s going to chemistry and chemical engineering graduate school in the US

Average annual enrollment is up in both fields, buoyed by a steep increase in Hispanic students

Chemistry and chemical engineering graduate school enrollment was up on average from 2007 to 2017, according to data from the Council of Graduate Schools (CGS). The CGS releases data every year analyzing a decade of US graduate school enrollment and degree awards. This department-specific data, which are not publicly available, can help disciplines see trends in first-time and total enrollment, including demographic changes. The most recent survey looks at data from the years 2007–17.

Related: By the numbers: Who’s going to grad school in chemistry and chemical engineering

Related: International student enrollment up in U.S., but applications flat

Who is going to graduate school? 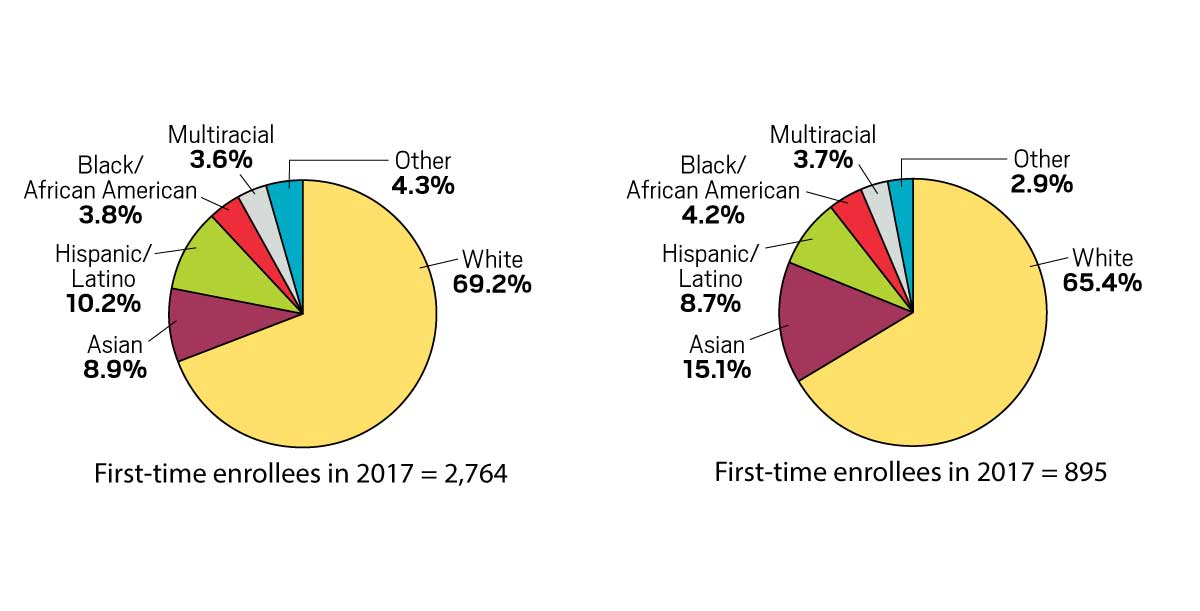 Source: Council of Graduate Schools survey, 2007–17, which includes data from 619 graduate schools that responded to the survey.

The number of degrees awarded increased across the board, most notably for female chemical engineers.

Careers
By the numbers: Who’s going to grad school in chemistry and chemical engineering
Careers
International student enrollment up in U.S., but applications flat
Careers
Doctoral Scientist Unemployment Rises
Share X
To send an e-mail to multiple recipients, separate e-mail addresses with a comma, semicolon, or both.
Title: By the numbers: Who’s going to chemistry and chemical engineering graduate school in the US
Author: Andrea Widener
Chemical & Engineering News will not share your email address with any other person or company.