Andrea Adeusi wanted to be a biochemistry major and, eventually, a doctor. So she registered for classes accordingly when she began as a student at Rutgers University. But then family issues got in the way, and she had to put her studies on hold to work full-time.

Still, Adeusi didn’t let this setback stop her from getting an education.

Within a year of leaving Rutgers, she started looking for online programs. But no degree programs in biochemistry were available. Then, during the late summer of 2017, she took another look. This time, an online biochemistry program at Arizona State University popped up.

“It was like a dream come true,” Adeusi says. She transferred her Rutgers credits and now expects to graduate from the program by the end of 2019. Afterward, she’ll tackle applying to medical schools.

Adeusi is part of a group of students that universities are trying to figure out how to serve. They are older than traditional students—Adeusi is 28—and they have responsibilities that render them unable to drop everything to attend classes on campus.

“Most of these people either couldn’t finish their degree the first time or are career changers,” says Ian Gould, director of ASU’s online biochemistry program.

The online pickings for chemistry degrees have so far been pretty slim. Some individual chemistry classes have been available online for more than a decade. For example, Oregon State University has offered online chemistry classes since fall 2003. It offers an online minor, but not a major, in chemistry.

What held Oregon State back from offering the major is the American Chemical Society’s recommendation against virtual laboratories. ACS publishes C&EN. “You can think of the minor as a compromise in that these [students] are not chemistry majors, and they probably won’t be doing chemistry professionally,” says Richard Nafshun, a member of the instructional faculty at Oregon State who has been involved with the online program from the beginning. For such students, the full lab experience may not be necessary. For students who want on-campus labs, Oregon State offers a hybrid program with online instruction and physical labs run in a nine-day boot-camp model.

Exclusively online organizations such as Western Governors University and the American Public University System have chemistry offerings, but their programs are designed for other fields. WGU’s chemistry program focuses on training K–12 science teachers. The American Public University System’s chemistry offerings are in support of a bachelor’s degree in the natural sciences, which has concentrations in biology and earth science. Neither school requires chemistry labs beyond general chemistry, in which students perform all experimental work at home with household substances or with reagents included in kits sent to them.

Progress toward offering an entire chemistry degree online has been slow because of chemistry’s reputation as a brick-and-mortar science, one that requires practitioners to roll up their sleeves and step up to a fume hood. The desire for hands-on labs makes offering an online chemistry degree hard.

Elizabeth Pearsall, faculty director in the School of Science, Technology, Engineering, and Math at the American Public University System, questions how ASU’s organic lab meets the standards of regional accreditors, which require a certain number of “physical contact” hours to earn a degree. “For a one-credit-hour lab course, you typically have to be in class for three hours a week. That’s 30 or 40 contact hours,” she says. “I’m trying to figure out how they’re doing it.”

“The total time spent on each course fits within the standard federal definition of a credit hour,” ASU’s Gould responds. Each of the organic lab courses for the university’s online program consists of seven three-hour lab periods, plus one-hour postlab recitation sessions with the course instructors. The students also do one-hour prelab recitations in the evenings of the boot camps. It all adds up to 35 direct contact hours with instructors for each course. In addition, within two weeks of returning home, the students submit and receive feedback on full lab reports for each course.

“The reason we didn’t have an online degree many years ago is obviously because of the labs,” Gould says. But the dean wanted a chemistry degree so much that he finally let the School of Molecular Sciences do the labs in whatever way it wanted.

Gould thought students would rebel against having to come to campus for the boot camp. “We thought we were going to have to set up satellite campuses around the country where they could go take the labs,” he says. But the students didn’t want that. “They think of themselves as ASU students. They want to come to ASU and take the lab on campus.”

“I loved being able to interact with all the TAs [teaching assistants] and professors we had been communicating with online,” says Tawny Fajardo, an ASU online biochemistry student who lives in Seattle. She already has two bachelor’s degrees, one in the arts and humanities and another in nursing. Her experience as a surgical registered nurse inspired her to pursue medicine. She’s completing the prerequisites for medical school through ASU’s program.

Meeting her peers was also valuable. The students “have such elaborate and detailed stories about why they’re coming back for education,” Fajardo says. As a nontraditional student, she liked the sharing of experiences.

Gould was initially skeptical of the accelerated labs, but the experience has converted him to a believer.

ASU managed to construct its online biochemistry curriculum while dropping only one of the labs from the conventional organic lab class, a molecular model–building lab. The online students already did molecular modeling in the online lecture portion, so they don’t need that lab, Gould says. The rest of the labs can be done faster than in the conventional lab classes because there’s no downtime between sessions. Students can go straight from synthesizing to purifying and analyzing compounds.

Gould and his colleagues have preliminary data suggesting that students in the accelerated labs are more motivated and identify more strongly as scientists than do students in conventional, semester-long labs. “They felt more in control of their learning,” Gould says. “I’m convinced that it’s a good thing. We should do all our labs this way.”

Leonardo Alaniz is another biochemistry student who already has a bachelor’s degree in another field. He always wanted to be a doctor. But as an undergraduate at the University of Notre Dame, he put that dream on hold to pursue a finance degree that would lead to a job more quickly. He got a job straight out of college but almost immediately started looking for ways that he could take the necessary coursework for medical school.

The reason we didn’t have an online degree many years ago is obviously because of the labs.
Ian Gould,director, online biochemistry program, Arizona State University

Alaniz found the ASU program and, because its online courses are taught in seven-week blocks, managed to take all the classes he needed in just one year. Taking the classes back to back served as great preparation for the MCAT (Medical College Admission Test). Unlike many traditional students, he didn’t have to relearn material from two or three years earlier to prepare for the test. “It allowed me to retain knowledge that would otherwise have been lost by waiting a summer in between or taking a bunch of other classes that aren’t relevant to the major,” Alaniz says.

Alaniz’s work has paid off. He is the first online biochemistry student to be accepted to medical school. He has already been accepted to two programs and is waiting to hear from others.

ASU was surprised by how quickly demand for the new online program ramped up. Gould anticipated 50 biochemistry majors when the program launched in the fall of 2017. By the end of its first year, the online program had 550 majors. And Gould expects that number to grow.

“On campus we’ve got about 800 or 900 biochemistry majors,” Gould says. “My guess is that in two or three years the two populations are going to be equal.”

Although Gould sees value in the online program, he doesn’t expect to see a proliferation of online programs. “There don’t need to be 100 online [chemistry] degree programs in the country. If you have 4 or 5 good ones, why start another one?” Gould asks. “We want to make sure ours is not just the first; it’s the best. To do that, we need to serve the students.”

Graduate Education
Is grad school for you? 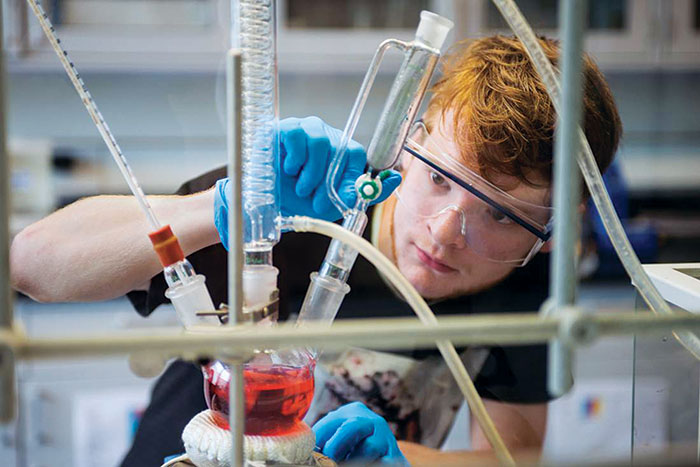 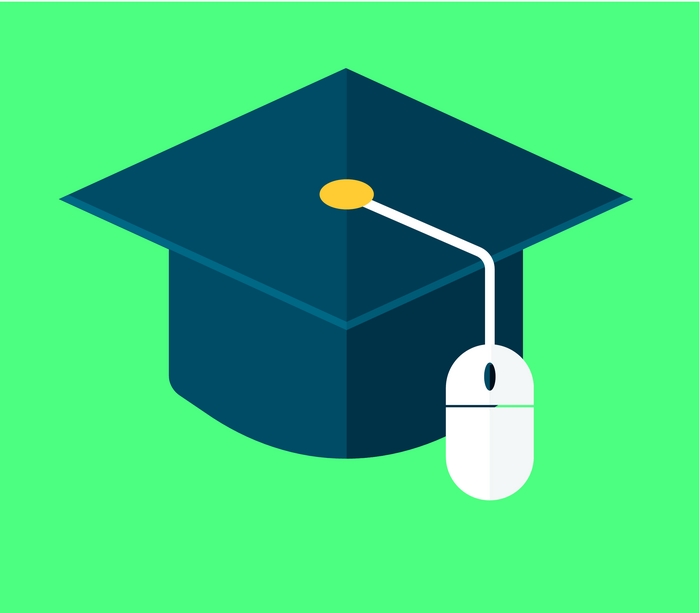 Education
How The Internet Has Shifted The Way Students Learn
Share X
To send an e-mail to multiple recipients, separate e-mail addresses with a comma, semicolon, or both.
Title: First-ever online biochemistry degree builds momentum
Author: Celia Henry Arnaud
Chemical & Engineering News will not share your email address with any other person or company.