Entrepreneurial chemist wants to reduce the environmental impact of detergents

Christoph Krumm cofounded Sironix Renewables to bring to market biobased surfactants that, unlike conventional ones, maintain their cleaning power in hard water

▸ Favorite molecule: 2,3,4-Trimethyl­pentane, because it looks like a dog when you draw it with bond line notation.

▸ Best professional advice you’ve received: My 95-year-old grandpa tells me, “Do your best and forget the rest”—although his version is slightly more vulgar.

▸ Best part of your job: We get to invent new molecules and figure out how we can use them to make a positive impact for our planet.

▸ Proudest moment: Defending my PhD, starting a company, and getting our first funding all in 1 month

▸ Favorite place: Anywhere that I can get on a bike saddle

Three years ago, Christoph Krumm was still a PhD student working on surfactants at the University of Minnesota. Now he’s the cofounder and CEO of Sironix Renewables, which is hoping to compete in the market of biorenewable surfactants, potentially reducing the environmental impact of detergents and other products. Krumm was recently named to the 2019 Grist 50, a list of emerging sustainability leaders. Mark Peplow spoke to Krumm about his plans to clean up our laundry.

What’s the problem with conventional detergents?

Detergents rely on surfactant molecules, which have a hydrophilic head that prefers to be in water, and a long hydrophobic tail that’s attracted to dirt and oils. Together, the surfactants and dirt form spherical micelles, little suspended oil droplets that go into solution rather than stay on your clothes. Laundry detergents use many different surfactants, but linear alkylbenzene sulfonates are the most common, making up over half of the $30 billion global surfactant market.

These surfactants have two key problems. First, they’re made from α-olefins and benzene, which come from petroleum. They’re incredibly cheap, but they have a big carbon footprint—millions of tons of linear alkylbenzene sulfonates are produced every year.

Second, they don’t work very well in hard water, which contains calcium and magnesium ions. It’s a very common problem; about 85% of the domestic water supply in the US is hard water. These ions can bind to the hydrophilic portion of two surfactant molecules, which stops them from forming micelles and prevents them from doing any sort of cleaning. The conventional answer is to add chelating agents that preferentially bind the ions, but these chelators are not always great for the environment. For example, a common chelator like ethylenediaminetetraacetic acid (EDTA) can accumulate in aquatic organisms and affect their metabolism of metals.

So what’s your alternative?

It’s a biorenewable surfactant called an oleo-furan, which can form micelles even in the presence of high concentrations of the metal ions in hard water. Its hydrophobic chains are derived from plant oils, and these are attached to furan, which is made from the sugar xylose, derived from cornstarch. The furan also carries a hydrophilic sulfonate group.

Different carbon chain lengths affect the surfactant’s performance. For a laundry detergent, a C10 to C14 range is good, usually centered right on C12, and coconut oil fits that bill in terms of making chains in that range. We couple the carbon chains to furan using zeolite solid acid catalysts and mild temperatures and pressures, an environmentally benign route that is very simple and scalable. We can already produce kilograms of these surfactants, and we’ll scale that up further later this year.

In terms of how much of the biorenewable surfactant you need to form micelles, or the temperatures it can operate at, the properties are quite similar to a linear alkylbenzene sulfonate. That’s good because you want to show the formulator of a laundry detergent that it’s getting a similar function.

The area where we’re very different is hard-water tolerance. Linear alkylbenzene sulfonates will precipitate out at about 250 ppm of calcium ions, which is typical for hard water. Ours are stable at concentrations well above that, at least 50,000 ppm (ACS Cent. Sci. 2016, DOI: 10.1021/acscentsci.6b00208).

We’ve tested various oleo-furans in a mini laundry apparatus to measure how well they clean swatches of fabric stained with oils, grass, milk, tomato sauce, blueberry . . . any stain you can think of. We now have two surfactants that we think are set for commercialization. One of them cleans well in hard water down to about 20 °C, and the other is good all the way down to 0 °C. Cold-water washing is becoming pretty important because of the energy you save that way.

Related: P&G and Henkel go head to head in the laundry aisle

Will they cost more than conventional surfactants?

The big challenge for renewables like plant oils is that they are more expensive than petrochemicals.

Although we are using natural oil ingredients, we also remove the need for those costly chelating agents. So in the end we can actually achieve a cost benefit, making it economically competitive with large-volume surfactants. We’re hoping that this surfactant makes renewable cleaning products at an accessible cost.

Will your surfactant have a lower environmental footprint than conventional surfactants?

You have to make sure that the places you’re getting your ingredients from are sustainable. For example, palm oil was sold as a renewable source of chemicals, but it turned out there was a large amount of deforestation to make room for palm plantations. That highlights why life-cycle analyses are incredibly important, and we’ve done some work on that to look at which feedstocks we would use. The last thing I want to do is invent a technology that’s going to cause more harm than good.

We could also foresee using microalgae to make our alkyl chains. They’re fantastic because they can be cultured in chemical reactors to make these oils without planting additional farmland.

Some consumers want to move back to the simplest possible cleaning products, like saponified fatty acids from plant oils or tallow. But they work incredibly poorly in hard-water conditions, so consumers dump a lot of very nonfunctional laundry detergent into their wash without getting the result they want. Detergent technology has advanced a lot, and when surfactants work really well, you can actually use less of them.

How did you turn this idea into a start-up company?

I was interested in entrepreneurship while I was a graduate student, and I took a University of Minnesota course that focused on commercialization. That led me to the National Science Foundation National Innovation Corps, an intense, 8-week program that involved talking to consumers, manufacturers, and feedstock providers to figure out whether the technology would be a good fit. It was hugely helpful, and it led us to apply for small-business innovation and research grants that have funded a lot of our work.

We want to develop the technology up to pilot scale and demonstrate it to detergent formulators. I think ultimately this is going to be made by someone with existing manufacturing capabilities. Within the next 5 years we would like to have these molecules in at least a few different commercial detergent formulations.

Mark Peplow is a freelance writer. A version of this story first appeared in ACS Central Science: cenm.ag/krumm. This interview was edited for length and clarity. 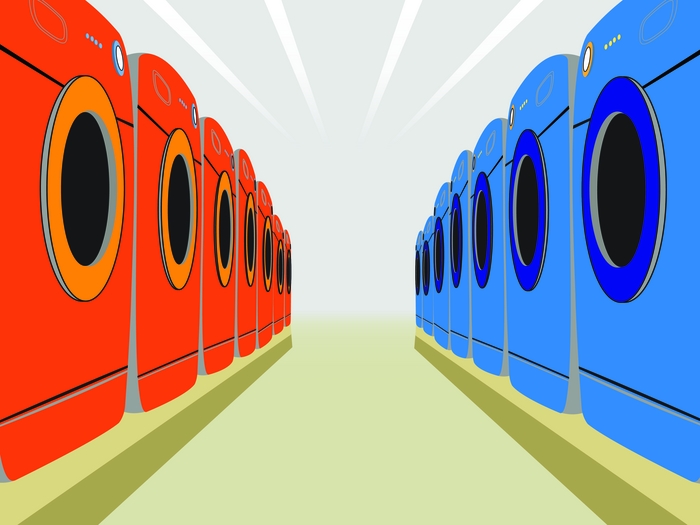 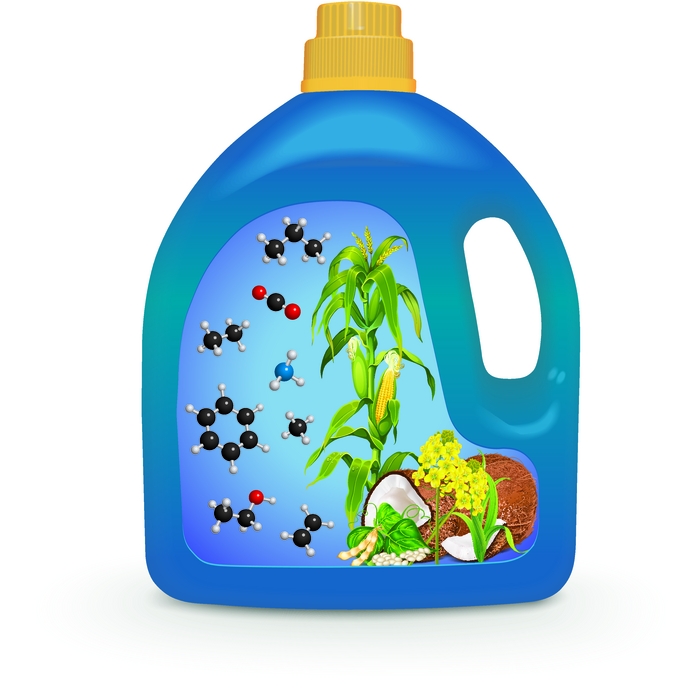 Share X
To send an e-mail to multiple recipients, separate e-mail addresses with a comma, semicolon, or both.
Title: Entrepreneurial chemist wants to reduce the environmental impact of detergents
Author: Mark Peplow, special to C&EN
Chemical & Engineering News will not share your email address with any other person or company.