Researchers peer into the nest, observing that bumblebees exposed to the pesticide neglect their young

Using robotic cameras, researchers have observed for the first time how a common neonicotinoid pesticide affects bee behavior inside the nest (Science 2018, DOI: 10.1126/science.aat1598). Chronic exposure to neonicotinoids, which are neurotoxic, is known to impair foraging bumblebees’ ability to navigate and recognize flowers, but behavior inside the nest has been a black box. Harvard University postdoc James Crall and colleagues used superglue to tag individual bees with unique paper QR codes, and then dispatched robotic cameras to film the bees inside the nest. The team dosed some bee colonies’ sucrose feed with 6 ppb of imidacloprid, a common neonicotinoid. Wild and agricultural forager bees are likely to accumulate this level of neonicotinoids in their nectar, Crall says. Software analysis of the footage revealed previously hidden behavioral changes. For example, after 12 days, exposed bees spent less time feeding larvae and maintaining the nest, and they interacted less with others in the colony, spending more time alone on the periphery. These changes were more pronounced at night and at low temperatures. Crall says researchers testing the effects of novel agrochemicals on bees need to do studies under all types of conditions, not just on a sunny day. 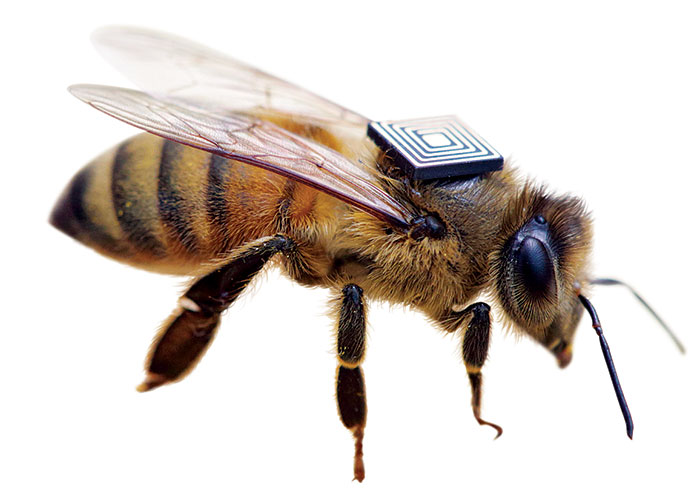 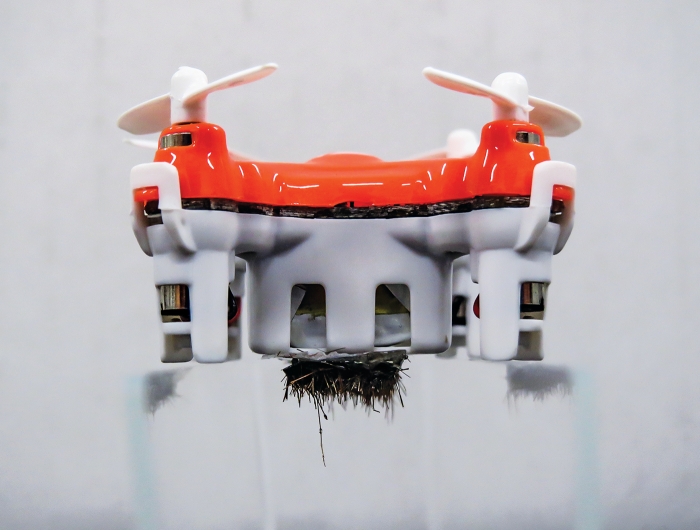 Synthesis
Pollinating drones and bee whoops have scientists buzzing
Share X
To send an e-mail to multiple recipients, separate e-mail addresses with a comma, semicolon, or both.
Title: Neonicotinoid impairs bees’ social behavior
Author: Katherine Bourzac
Chemical & Engineering News will not share your email address with any other person or company.