Cyphochilus beetle scales are one of the brightest naturally occurring whites. Now, researchers are trying to understand and harness the scales’ unique structure to make less-carbon-intensive paints (Commun. Chem. 2019, DOI: 10.1038/s42004-019-0202-8). Titanium dioxide nanoparticles give white paint its reflectance, but the manufacturing process is carbon intensive. To find a greener alternative, the research team began by examining whites in nature, polymer physicist Stephanie Burg says. Burg led the research as a PhD student at the University of Sheffield. After selecting Cyphochilus scales as its biological inspiration, the team used 3-D X-ray nanotomography to create a detailed map of the scales’ structure. Burg noticed that the structures closely resembled those that result from liquid-liquid phase separations. To further analyze the scales, the team conducted simulations to determine several key structural parameters and used that information to create biomimetic polymeric films from cellulose acetate. The resulting films had higher reflectance than any of the beetle scales studied. The next step, the team says, is to work in conjunction with formulation specialists to figure out how to incorporate the films into commercial paints. 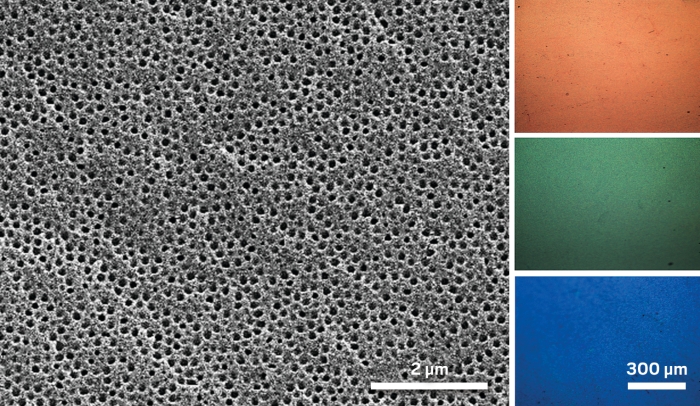 Materials
Making bright colors out of thin air
Share X
To send an e-mail to multiple recipients, separate e-mail addresses with a comma, semicolon, or both.
Title: Scientists make a greener white
Author: Giuliana Viglione
Chemical & Engineering News will not share your email address with any other person or company.