Credit: Shutterstock
3-D printers are full of possibility, but without controls, they could harm indoor air quality.

By depositing molten plastic layer upon layer, three-dimensional printers can crank out almost anything, including toys, guns, and artificial limbs. The surging 3-D printer market has made desktop versions affordable for schools and libraries. But the printers’ growing prevalence has raised concerns about potential negative health effects from inhaling toxic volatile organic compounds (VOCs) and particles given off by the devices.

Although the government has set workplace standards for a few of the VOCs released by 3-D printers, these are for healthy working-age adults in industrial settings such as tire or plastic manufacturing plants: None of the compounds is regulated in homes or libraries where 3-D printers might be used by sensitive populations such as children. Furthermore, researchers don’t know the identity of most of the compounds emitted by printers. “Scientists know that particles and VOCs are bad for health, but they don’t have enough information to create a regulatory standard for 3-D printers,” says Marina E. Vance, an environmental engineer at the University of Colorado, Boulder.

What’s more, data from early studies of 3-D printer emissions are difficult to use in developing standards because of variability in the test conditions, says Rodney J. Weber, an aerosol chemist at Georgia Institute of Technology.

Two years ago, UL, an independent safety certification company, established an advisory board and began funding research projects to answer basic questions about the amounts and types of compounds in 3-D printer emissions, what levels are safe, and how to minimize exposures, says Marilyn S. Black, a vice president at UL. The company is working to create a consistent testing and evaluation method so that researchers will be able to compare data across different labs. “By this fall we will put out an ANSI [American National Standards Institute] standard for measuring particles and VOCs for everyone to use,” she says.

A 3-D printer creates an object by feeding coils of plastic filament through a nozzle that melts the plastic at temperatures up to 320 °C and then extrudes it onto a moving baseplate. A computer directs the motion of the baseplate so that layers of material build up until the foreordained 3-D shape emerges.

“We know that when you melt plastic at high temperatures, the long chains of organic matter in the plastic partially degrade and release potentially harmful volatile organic compounds and ultrafine particles (UFPs) into the air,” says Brent Stephens, an environmental engineer at Illinois Institute of Technology. He and other researchers have found that the most common filament materials can cause potentially unhealthy emissions when used in 3-D printers. Petroleum-based acrylonitrile butadiene styrene (ABS), a plastic used in Lego blocks, gives off styrene and formaldehyde—the first a suspected human carcinogen and the second a known one. Nylon releases caprolactam, a respiratory irritant. Polylactic acid (PLA)—a corn-based plastic found in medical implants, drinking cups, and disposable diapers—emits methyl methacrylate, a mild skin irritant. And all the filament types spew UFPs, particles with a diameter less than 100 nm that can penetrate deep into the lungs and enter the bloodstream. These particles are known to cause respiratory and cardiovascular diseases.

As laser printers heat and lay down ink, they give off numbers of ultrafine particles comparable to those from 3-D printers, but that does not mean they have the same health risk, says Aleksandr B. Stefaniak, an industrial hygienist at the U.S. National Institute for Occupational Safety & Health. Although both types of printers use plastic “ink,” laser toner is heated only briefly to melt it onto a sheet of paper. In contrast, a 3-D print job can last hours or days as filament is continuously melted through the extruder nozzle. Because of the prolonged melting, 3-D printer emissions include hundreds of VOCs and vast numbers of particles of unknown composition.

These compounds are released during 3-D printing and can have negative health consequences. Styrene and formaldehyde are emitted by acrylonitrile butadiene styrene, methyl methacrylate is emitted by polylactic acid, and caprolactam is emitted by nylon.

Some early tests hint that operating 3-D printers can lead to unhealthy aerosol levels. Weber measured VOCs given off by a 3-D printer in a 1-m3 environmental chamber, while colleagues modeled levels that would be found in an office using the same machine. The model predicted that caprolactam room concentrations would reach 100 μg/m3—more than 14 times as great as California’s acceptable level of 7 μg/m3 (1.4 ppb) for an eight-hour exposure. Formaldehyde would reach concentrations above those recommended by the World Health Organization for indoor air.

Also, Stefaniak and his team looked at the health effects of 3-D printer emissions on rats. Particles in outdoor air can cause cardiovascular disease in humans, so Stefaniak looked for similar effects from 3-D-printer releases. He and his team exposed rats for three hours to emissions from a printer using black ABS and performed various tests on the rats’ cardiovascular systems before and after exposure. Twenty-four hours after exposure, the rats’ blood pressure had jumped by about 30%, and their arteries had stiffened relative to before the exposure (Toxicol. Appl. Pharmacol. 2017, DOI: 10.1016/j.taap.2017.09.016). “Now we want to identify the causative agent and find out how it works,” he says.

It’s all about the filament

The formulation of the filament and the temperature to which it is heated are critical to generating particles and VOCs, Weber says. “The higher the temperature, the more gases are produced, and the more particles that ultimately form,” he says. Heat degrades the plastic and volatilizes the compounds. As they cool, the gases form particles and also condense onto small particles already present in the room. Weber speculates that temperature is the reason ABS filaments release more VOCs and particles compared with PLA: ABS softens at a higher temperature than PLA, so printers typically heat ABS to 240 °C, whereas PLA is processed at 220 °C.

Such findings hint that additives account for most of the releases of fine particles. Yet manufacturers don’t have to reveal the identity of the compounds on material safety data sheets, Weber says. He has noticed that different brands of filament create widely differing numbers of particles, a finding he suspects is due to unknown additives.

When the ANSI/UL printer testing standards debut this fall, they will also include a voluntary threshold for allowable levels of emissions from 3-D printers. “For VOCs there are lots of existing standards for specific compounds such as formaldehyde, styrene, and caprolactam,” UL’s Black says. Because there is much less information about UFPs, UL will set a limit based on what is possible now by redesigning printers and reformulating filaments.

For example, manufacturers can substitute better, safer filaments and enclose printers in cabinets that remove UFPs and VOCs through high-efficiency particulate air (HEPA) filters. When Stefaniak and his colleagues enclosed the 3-D printers at a Texas business in HEPA-filter-ventilated chambers, particle concentrations in the print room fell by 98%. In a recent study that combined low-emitting filaments, lower nozzle temperatures, and a printer cover with a HEPA filter, UFPs measured in a testing chamber fell by 99.95%, says Chungsik Yoon, an occupational hygienist at Seoul National University (Environ. Sci. Technol. 2017, DOI: 10.1021/acs.est.7b01454). These findings suggest achievable limits, Yoon says. (And with or without these advances in technology, workers in industrial settings and hobbyists can reduce their emissions exposure simply by putting their 3-D printers in well-ventilated rooms, apart from where other activities take place.)

UL is taking essentially the same approach that Germany’s Blue Angel ecolabel program took when it set a standard for laser printers. Black predicts that companies will compete to meet the standard, as producers of laser printers did after Blue Angel issued a standard in 2012. ANSI will continuously revise the standard as scientists learn more about the health impacts of 3-D printers.

“The maker space from which 3-D printers come is pretty innovative, so I feel optimistic that we will reduce exposures to harmful aerosols,” Stephens says.

Janet Pelley is a freelance writer. A version of this story first appeared in ACS Central Science: cenm.ag/printer-emissions. 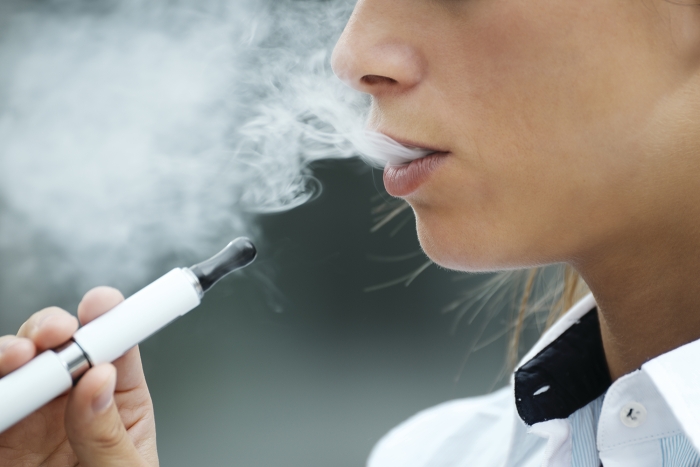 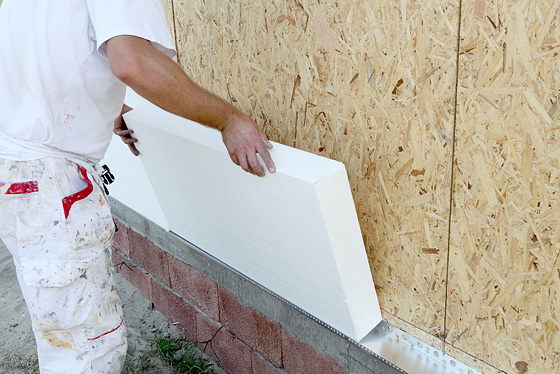 Comments
Aamer Nazir (March 26, 2018 10:17 PM)
An impressive and needed article. Every 3d printing user needs to be aware of such emissions and their remedies.
Reply »