Coming soon to a television near you: next generation, quantum dot light-emitting diodes (QD-LEDs) that will illuminate displays without using cadmium, a toxic metal. Researchers led by Eunjoo Jang of Samsung Electronics report QD-LEDs made with quantum dots that feature an indium phosphide core surrounded by a thick inner shell of zinc selenide and a thin outer shell of zinc sulfide (shown). The core’s size determines what color light it emits. This InP/ZnSe/ZnS structure has been reported for quantum dots before, but defects in those materials resulted in decreased performance. Jang and colleagues developed a method for making this type of quantum dot that improves its properties (Nature 2019, DOI: 10.1038/s41586-019-1771-5). Their key innovation was to use hydrofluoric acid to etch away the oxidized surface of the InP core as the ZnSe shell grew. After completing the growth of the ZnSe shell at 340 °C, the team found that the resulting quantum dots were spherical and highly symmetrical. Their photoluminescence quantum yield—the number of photons the quantum dot emits divided by the number of photons it absorbs—is 100%, which means they convert all absorbed photons to the desired color. LEDs made with the InP/ZnSe/ZnS quantum dots have efficiencies, brightnesses, and lifetimes on par with cadmium-containing QD-LEDs and could soon be used to make commercial displays, the researchers say. 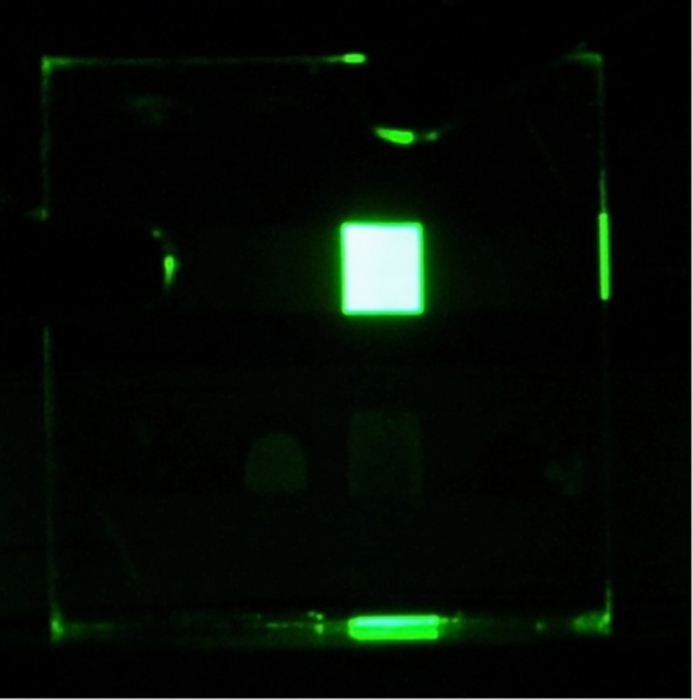 Materials
How single-crystal charge carriers could improve solar cells
Share X
To send an e-mail to multiple recipients, separate e-mail addresses with a comma, semicolon, or both.
Title: Quantum dot LEDs go cadmium-free
Author: Bethany Halford
Chemical & Engineering News will not share your email address with any other person or company.