Mosquitoes are the deadliest animals on the planet, killing at least 725,000 people every year by passing diseases through their bites, according to the Barcelona Institute for Public Health. The US Department of Defense is interested in a nonpesticide mosquito deterrent for its personnel, and a team of researchers from Brown University has possibly found one. At the ACS national meeting in San Diego last week, Cintia J. Castilho reported that a 1 µm thick layer of graphene oxide (GO) physically and chemically deters Aedes aegypti—the mosquito that carries yellow fever. The researchers expected that mosquitoes could not physically bite a person through the dry GO layer, Castilho said. However, they were surprised that the mosquitoes didn’t land as much on dry GO patches placed on people’s arms. This finding suggests that the thin layer is impermeable to chemical attractants released by people, such as CO2, while still remaining breathable by letting water pass through. Mosquitoes can’t physically bite through the dry GO layer, but its impenetrability breaks down as it gets wet. When the researchers reduce the GO, it remains bite-proof but is no longer breathable. The researchers think that in the future, a version of GO could be combined into light fabrics to make mosquito-proof clothing without the need for pesticides such as DEET or permethrin. 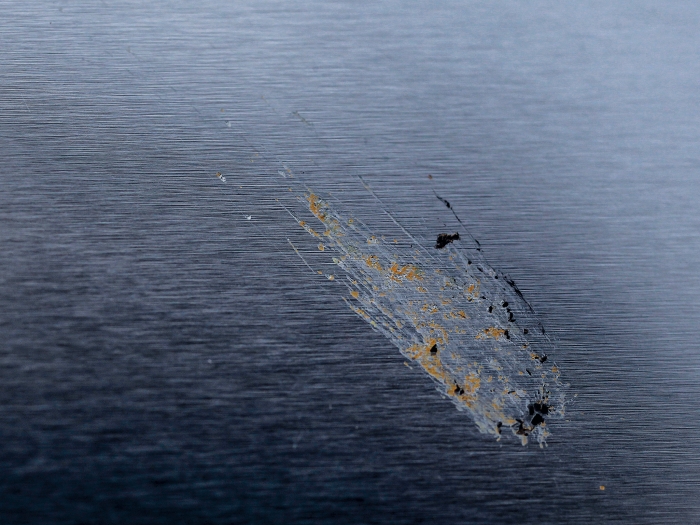 Coatings
Airplane Coatings Help Recoup Fuel Efficiency Lost To Bug Splatter
Share X
To send an e-mail to multiple recipients, separate e-mail addresses with a comma, semicolon, or both.
Title: Graphene oxide can make mosquitoes buzz off
Author: Leigh Krietsch Boerner
Chemical & Engineering News will not share your email address with any other person or company.