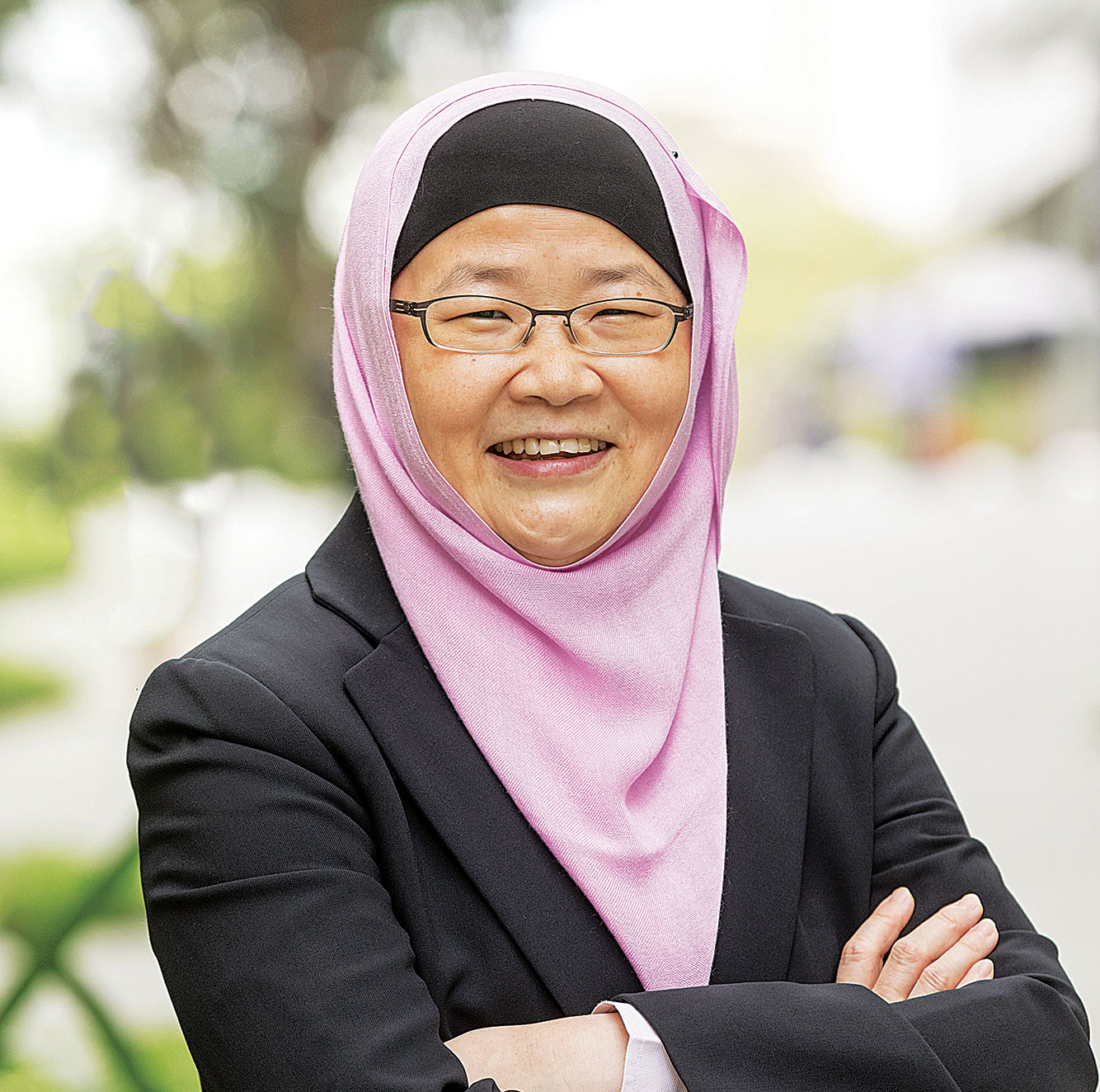 ▸ Professional highlights: Fellow, US National Academy of Inventors; member, German National Academy of Sciences; named by American Institute of Chemical Engineers as one of the One Hundred Engineers of the Modern Era; over 350 publications; over 170 primary patents; founder/board member of 10 start-ups

▸ Best part of your job: To do what I love—research—and make a societal impact through it. Working with a diverse team of collaborators with backgrounds in science, engineering, and medicine. Mentoring talented and dedicated staff and students is fun and fulfilling!

For Jackie Y. Ying, science is not just about making discoveries—it’s about improving people’s lives. As the founding director of the Institute of Bioengineering and Nanotechnology (IBN) at the Agency for Science, Technology, and Research (A-STAR), Singapore’s national research organization, she spent 15 years helping shepherd nascent biomedical technologies from the lab bench into spin-off companies. Last year, she became the head of A-STAR’s NanoBio Lab, a new center that encourages academic researchers to think more like entrepreneurs. Ying spoke with C&EN about her ambition to shake up the country’s conservative innovation culture.

What are NanoBio Lab’s main goals?

We are set up like an incubator, working at the interface between bioengineering and nanotechnology to develop medical therapies, diagnostic devices, and so on. Our goal is not just to do research but also to bring it all the way to commercialization. We have generous support from Singapore’s government, but as with many governments around the world, they see research as an expensive investment. I’m trying to show that it’s important to invest in research, but it’s even more important for that research to deliver technologies that are developed into widely available products.

We want to create an environment where researchers are more open to taking risks, turning their work into products that benefit patients and consumers. If we can do that, people will really feel the value of science.

Can you give us some examples of the technology you’re developing?

People usually think nanotechnology is very expensive, but if you’re using tiny quantities of material, that doesn’t have to be the case. For example, we’re developing paper-based assays for infectious diseases, which could cost about US$1 to $2 to manufacture and give results in under 10 min. Paper-based assays are already used in pregnancy tests, for instance, but disease diagnostics require much more sensitive detection, and that’s not easily achieved with paper-based devices.

Many paper-based assays rely on nanoparticles that show up as a colored spot when they bind to an analyte. We have developed a novel technique to amplify the signal, improving the detection limit by 10 to 15 times. The details are proprietary, but we have successfully obtained a strong signal that is visible to the naked eye.

For example, we can identify different stages of dengue infection by detecting the virus’s nonstructural protein NS1 or elevated levels of immunoglobulins IgG and IgM in samples from infected people. Rather than sampling a person’s blood for these biomarkers, we want a noninvasive test that uses saliva or urine. So we’re using the paper’s porosity to filter out proteins in saliva other than these biomarkers to stop them from binding to the nanoparticles and swamping the signal. These tests could potentially have a great impact, especially in the developing world.

Have you been involved with many other spin-offs?

While I was still a professor at the Massachusetts Institute of Technology, one of my PhD students developed a glucose-responsive delivery system for insulin. It relies on nanoparticles that sense when a patient’s blood sugar level is high and then falls apart to release encapsulated insulin. We spun out a company called SmartCells to commercialize the technology. It attracted quite a bit of attention from investors, and Merck & Co. bought the company in 2010, although it hasn’t progressed beyond early clinical trials.

At IBN, we created 13 spin-off companies that have done very well, and we also have collaborations with companies that license our technology. One of the spin-offs uses human cells to do toxicity tests on new drug candidates. The cells are in a microfluidic system, under a constant flow that provides the right conditions for them to grow nicely into a layer. When the cells are in that state, they become very sensitive and give the same response that you would see inside a human liver under a physiological dosage of a drug.

I think that technology is really game changing for toxicity tests because the predictive power of animal studies is not particularly good. The microfluidic system uses very small amounts of reagents and cells and avoids all the costs and ethical issues associated with using animals.

How does your work impact Singapore’s research and innovation culture?

Although we’re essentially a national lab rather than a teaching institution, it’s really important to involve young students. At IBN, and now at NanoBio Lab, we have a Youth Research Program that does outreach to get people excited about doing science.

We want to create an environment where researchers are more open to taking risks.

Over the past 16 years we’ve had almost 2,800 students, some as young as 15 years old, spend at least 1 month doing full-time research in our labs under the individual mentorship of our researchers. The science and math curriculum in Singapore is extremely rigorous, but doing hands-on interdisciplinary research at this level is a rare opportunity. We want to inspire young people to be great scientists, but we also want them to see how they can make a difference to society.

Related: A Magnet For Talent

Our researchers have really put their heart and soul into the Youth Research Program. Many have come to Singapore from all over the world, and they help us raise students’ aspirations by giving them a sense of what it’s like to study at universities in the United States, Europe, and other parts of Asia. We feel like a little United Nations here, where people can really learn from each other.

Mark Peplow is a freelance writer. A version of this story first appeared in ACS Central Science: cenm.ag/ying. This interview was edited for length and clarity.

Share X
To send an e-mail to multiple recipients, separate e-mail addresses with a comma, semicolon, or both.
Title: A-STAR’s Jackie Ying wants academics to think more like entrepreneurs
Author: Mark Peplow, special to C&EN
Chemical & Engineering News will not share your email address with any other person or company.