Shrink rays are an old trope for Hollywood, whether they’re zapping a micro Raquel Welch in Fantastic Voyage or a nano Paul Rudd in Ant-Man. While we may never miniaturize movie stars offscreen, a new shrinking technique lets scientists create tiny 3-D objects that had been difficult or impossible to make before now, such as complex structures that aren’t self-supporting (example shown).

The technique, called implosion fabrication, takes advantage of the swelling polymer sodium polyacrylate—the same absorbent material that’s in disposable diapers. Scientists from the Massachusetts Institute of Technology used a laser to make patterns in the swollen polymer via the photochemical reaction of a modified fluorescein with the polymer backbone. The researchers tweaked the fluorescein by covalently attaching a variable group to the molecule so that it could bind to metals, nanoparticles, or biomolecules. The scientists then added salt or hydrochloric acid to neutralize the polymer so it shrinks to one-thousandth its original volume with features made by the fluorescein-bound materials as fine as tens of nanometers (Science 2018, DOI: 10.1126/science.aau5119).

“This could be a very powerful tool for creating complex, multifunctional nanoscale materials,” says Harvard University nanofabrication expert Adam E. Cohen, who was not involved in the research. Applications include making metamaterials, computer circuitry, and advanced optics that could be used as lenses for cell phone cameras, microscopes, or medical endoscopes.

Edward S. Boyden, who led the MIT team, says the idea grew from work his lab had previously done using sodium polyacrylate to expand brain tissue for imaging. “We wondered if we could run that process in reverse and make a new way of effectively 3-D printing nanotechnology,” he says.

The technique doesn’t require specialized nanotechnology fabrication tools, Boyden says. The most expensive piece of equipment the scientists use is a two-photon microscope, which is common in biology labs. The technique democratizes nanofabrication, he points out. Perhaps even Hollywood could give it a try. 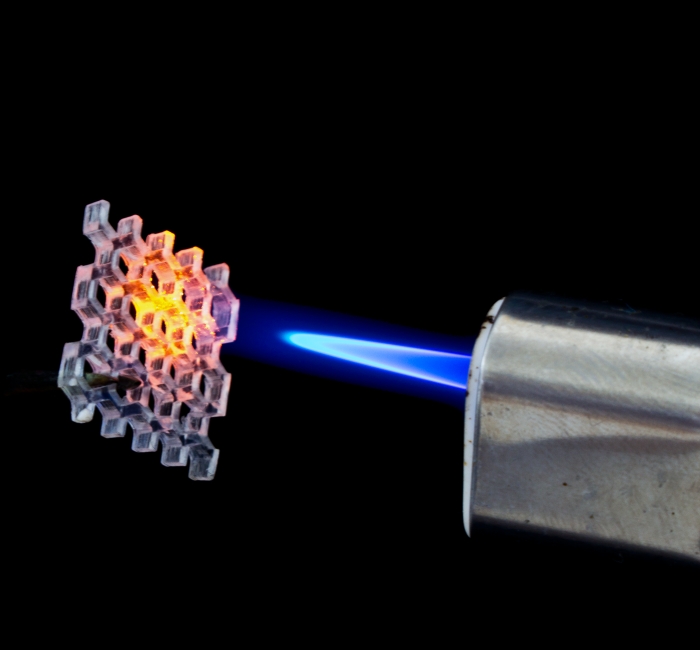 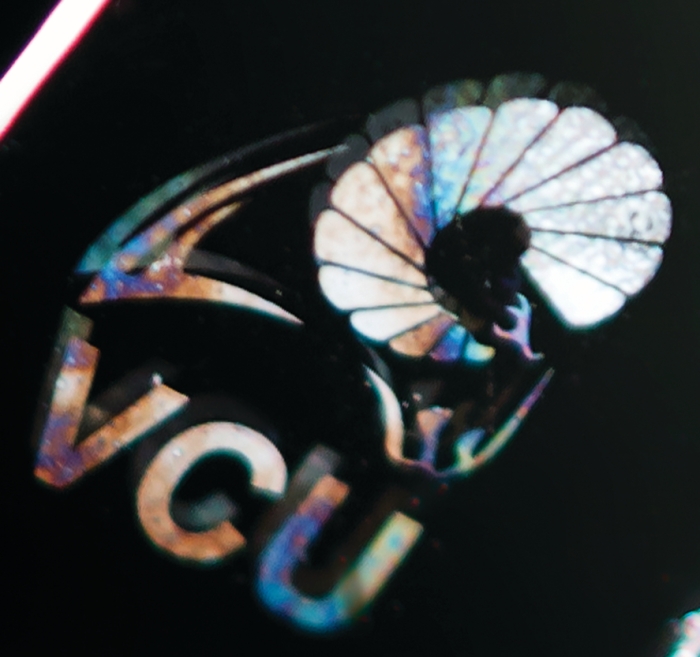 Materials
Making Silk Optical Devices With Photolithography
Share X
To send an e-mail to multiple recipients, separate e-mail addresses with a comma, semicolon, or both.
Title: Going nano via implosion
Author: Bethany Halford﻿
Chemical & Engineering News will not share your email address with any other person or company.