Strong, stable polymer can be recycled again and again

Developing a practical polymer that can break down to its monomer and then be repolymerized over and over again has been a long-standing goal of plastics makers and recycling advocates. Such a material would dramatically cut down the need for virgin feedstocks and would vastly improve the life cycle of plastics. While repeatedly recyclable polymers have been made, their properties simply aren’t as good as those of commonly used plastics—until now. Chemists Eugene Y.-X. Chen, Jian-Bo Zhu, Eli M. Watson, and Jing Tang at Colorado State University have created a recyclable polymer with mechanical strength and thermostability that’s comparable to popular plastics.

A few years ago, Chen and his group reported they were able to make a polymer from the ring-opening reaction of γ-butyrolactone—a simple five-membered cyclic ester previously thought to be impervious to polymerization for thermodynamic reasons. They thought they could create a sustainable, recyclable polymer by using this monomer, which is made from sugar. But the reaction, which had to be performed at –40 °C or lower, was impractical on a large scale. What’s more, Chen says, “the resulting polymer had limited thermostability, relatively low molecular weight, as well as physical and mechanical properties that largely limited its practical use.”

Chen and his team weren’t ready to abandon γ-butyrolactone just yet. They worked on ways to improve the system and found a report from Yamagata University’s Osamu Haba and Hiroki Itabashi in which the chemists tried to polymerize a monomer made of a γ-butyrolactone fused to a trans cyclohexane. That monomer didn’t produce the desired polymer, but it did give Chen’s team an idea: If they shifted the position of the fused, trans cyclo­hexane on the γ-butyrolactone to make a strained monomer they call 3,4-T6GBL, they might get polymerization and better polymer properties.

Chen says 3,4-T6GBL solved all the problems that plagued the polymerization of naked γ-butyrolactone. Through careful selection and use of trace amounts of catalysts, the chemists found they could rapidly polymerize 3,4-T6GBL into a cyclic or linear polymer (shown) and that the reaction proceeds at room temperature without solvent (Science 2018, DOI: 10.1126/science.aar5498).

Next, they focused on studying the linear polymer, which boasts an ultrahigh molecular weight that’s over 1 million daltons. It’s also thermally stable and crystalline—both features that will be needed to compete with commonly used plastics. If the researchers make the polymer using a single enantiomer of 3,4-T6GBL and then mix it with a polymer made from 3,4-T6GBL’s opposite enantiomer, they produce a material with properties that are superior to the single-enantiomer material.

To depolymerize the material, the researchers can heat or chemically treat it to quantitatively recover the 3,4-T6GBL in a pure state, ready for re-polymerization. The thermal approach, Chen says, requires temperatures above 300 °C, making it energy intensive. But adding a ZnCl2 catalyst accomplishes the depolymerization at 120–180 °C.

“This work highlights the importance of monomer design for the preparation of sustainable polymers,” comments Marc A. Hillmyer, a polymer expert at the University of Minnesota, Twin Cities. Chen’s group, he says, presents a promising strategy for making practical chemically recyclable synthetic polymers.

The group currently makes 3,4-T6GBL from commercially available trans-1,2-cyclo­hexanecarboxylic acid anhydride, but Chen says this would be expensive on an industrial scale. “We are currently developing new, cost-effective routes starting from biorenewable resources,” he says. Chen and Zhu have applied for a patent on this class of recyclable polymers. 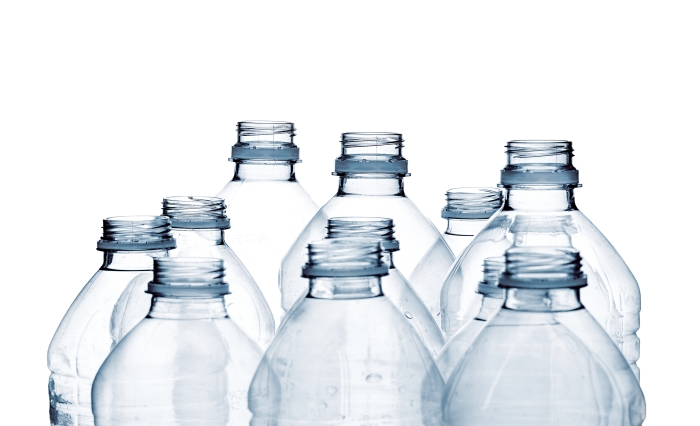 Sustainability
Bacteria feast on plastic
Share X
To send an e-mail to multiple recipients, separate e-mail addresses with a comma, semicolon, or both.
Title: Strong, stable polymer can be recycled again and again
Author: Bethany Halford
Chemical & Engineering News will not share your email address with any other person or company.