In her new book The Alchemy of Us: How Humans and Matter Transformed One Another, materials scientist Ainissa Ramirez explores how technology and society shape each other. Through stories about how the use of electricity changed our sleep cycles and how a baking emergency led to the development of scientific glass, Ramirez’s book describes the people behind technological advances and how they both help and harm societies.

Ramirez started her career as a researcher at Bell Labs and Yale University, but always sought out opportunities to share science with general audiences in creative ways because of her own experience in science education. Though she had an early love of science as a child, she found that her college-level science courses were designed to weed out students. To her, that was the opposite of what society needed those classes to do: bring more people into the sciences. So Ramirez has dedicated herself to making science accessible, even to audiences that may not think science is for them.

C&EN spoke with Ramirez about what it was like writing the book, the importance of talking about science in the context of society, and how The Alchemy of Us can help researchers share science with a general audience. 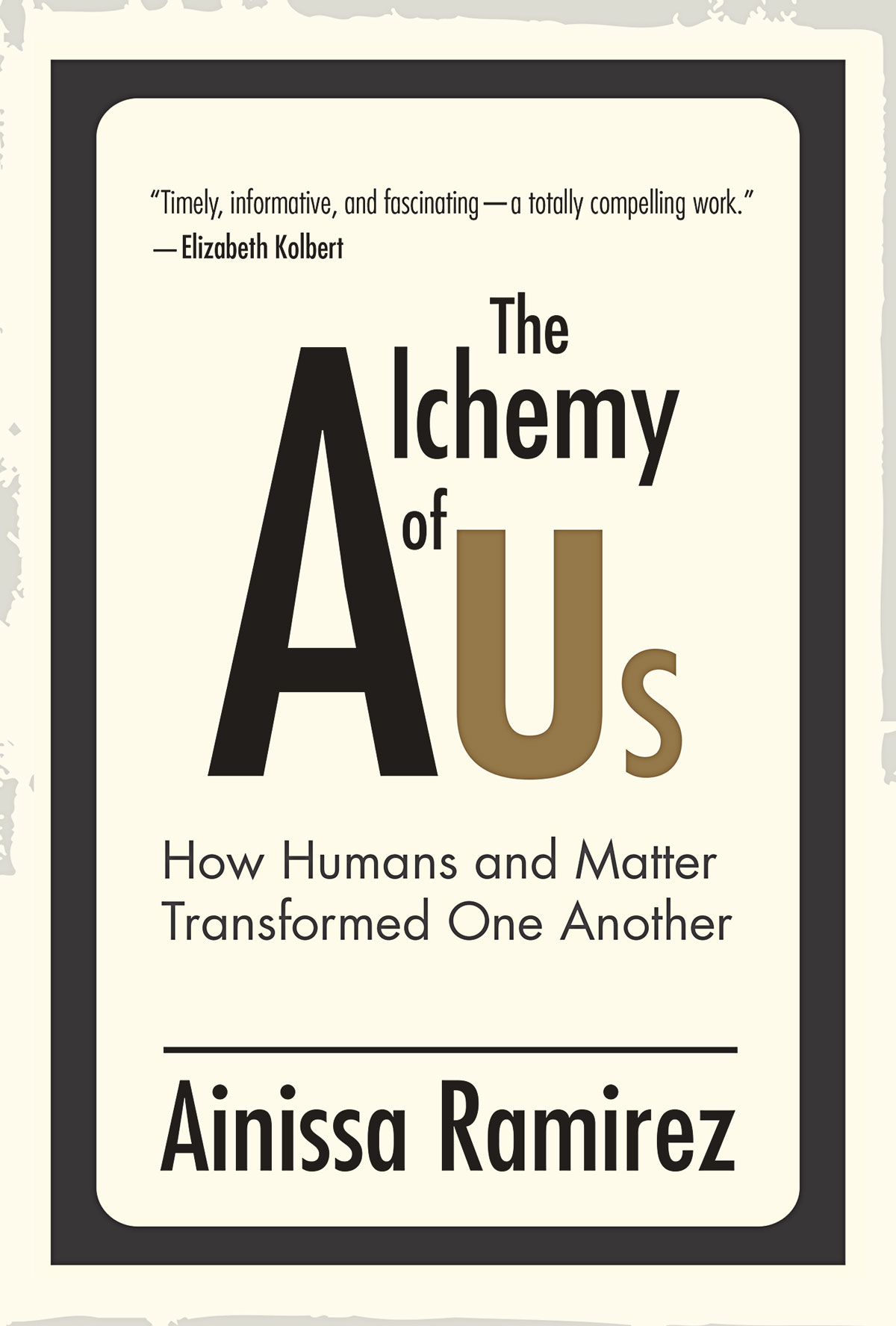 It was really a television program called 3-2-1 Contact. I saw an African American girl solving problems, and that put me on the path of becoming a scientist. But before that, I was a very, very curious kid. When my dad would come home—he worked at IBM and he would repair computers—he would have two heavy briefcases full of tools. When he arrived, I was excited to see him. But I was actually a little bit more excited to see the toolboxes because I would use them to take stuff apart in the house. I think my curiosity put me on this path, and then seeing my reflection on that television program gave me the language for what that was—a scientist.

How did you approach writing The Alchemy of Us for a general audience?

There had been quite a few books about chemistry and about materials science that were out, and I knew that I couldn’t take the same approach. The Alchemy of Us actually forced me, as a materials scientist, as a communicator, to think of another way to make it compelling to other people.

I’ve learned that stories really are compelling to people, particularly if you’re trying to get audiences who don’t necessarily read science. I didn’t want to preach to the choir and write a book for people who already liked science. When I was teaching in my community college days, I taught students who were first generation—they were working, they had many forces that could pull them away from my class. I wanted to make sure that the classes were as engaging and as exciting as possible so that the students would be willing to come back. Similarly with the book, I know that there are many forces that are pulling our attention, particularly those who may not be interested in science. And so I found that stories are stickier; they pull people in. That was the reason why I took the approach I did in The Alchemy of Us.

In the book, you write about scientists who are complex people with strengths and weaknesses. Why did you think it’s important to understand all sides of scientists?

People are attracted to flaws. That’s the reason why we read fiction. Readers resonate with people who have flaws. And I really wanted to debunk the myth about genius. Many of the people who are in the book didn’t have advanced degrees. All they had was a problem, and a willingness to solve it. It was important not only to show materials and their impact, but also to make people feel a little bit more connected to science, creativity, and discovery. One of the ways I had to do that was just taking down this notion that there are people who are super geniuses, and you’re not like them. They may be very smart, but look at this flaw! If he can do it or she can do it, you can do it too! That was my premise for making these folks very real.

What can the story of how glass evolved teach us about the way that materials change science and society?

I wanted to write a love letter to science and the glass chapter serves that purpose. Glass is central to what we do as scientists because we observe. Glass is transparent, so it allows us to do what scientists do best. But glass wasn’t always ideal. It used to be full of all kinds of defects, so it was very hard to see through and it wasn’t very sturdy. Many of the things we have today wouldn’t have been possible if we hadn’t enhanced glass. Although glass is everywhere now, it had to go through its own development in order to be useful for science.

If you start a lecture with a story, you’ll pull people in.

Then I tell the story about Bessie Littleton who came up with the idea for Pyrex, because she was baking a cake and her very expensive casserole dish broke. She complained to her husband, who was a scientist at Corning. He came home with this new form of borosilicate glass they were working on. She used it to bake a cake, and it was fantastic. This opened up a new business for Pyrex. It made Pyrex ubiquitous both in science and in our world.

The chapter about photography explains how advances in color resolution and the speed of Polaroid systems created images for passbooks that were used to control the movement of Black people in apartheid South Africa. Why is it important to consider both the benefits and consequences of technology?

Many people who think about technology think of it as neutral. But technology is just an extension of humankind. Whatever we value, it will value because it’s made by humans. Sometimes technology can actually go in a nefarious way because we’re too beholden to inventors and the challenges of inventing. The inventors don’t realize the impact of their work or the impact of their services. I wrote that story about photography because I wanted people to ask those questions. Not just ask, “How cool is it?” and “How easy is it to make it?” One of the other things should be, “How will this be employed?”

How do you think scientists can help avoid the harm that their inventions may cause?

First, we can always ask questions about where our invention will go. Because if some outcome is possible, perhaps we can put some fail-safes in it to make sure that it’s not used in nefarious ways. Also, when we have a team working on an innovation, that team should include diverse people so that they can look at it from different points of view—ask questions and make sure that this thing that is being created is supporting and sustaining humanity. What happens is that innovations are created by a small group of a certain demographic, and they don’t see their blind spots. But if we can pause for a half second, have some diversity, ask these hard questions in the design steps, we don’t have to backtrack things down the road. We can make it ideal from the beginning.

Are there any lessons that you think active research scientists could glean from the book?

Stories are very good for conveying information. That’s one of the things that we as scientists can learn as we communicate. We love to share everything we can about whatever we’re talking about, but that is really a turnoff to people who don’t have a strong science background.

I do think that this book will work for people trying to jazz up their lectures. If you start a lecture with a story, you’ll pull people in. In fact, students will come in to hear that story and then stick around for the lecture. It will pull in your students in a new way.

For the lessons that we can learn about materials, there’s many contributing factors to origin stories. People of all different kinds of backgrounds can create new technologies. I think The Alchemy of Us has many lessons about taking another glance at how we do the whole enterprise of science.

Share X
To send an e-mail to multiple recipients, separate e-mail addresses with a comma, semicolon, or both.
Title: Ainissa Ramirez discusses how society and technology interact
Author: Ariana Remmel
Chemical & Engineering News will not share your email address with any other person or company.