Every molecule on Earth—from simple N2 to complex DNA—has its origins in space. And astrochemist Ewine van Dishoeck of Leiden University has spent her career investigating the basic chemistry in interstellar space that makes those molecules possible.

▸ Favorite celestial object: “The Ophiuchus molecular cloud is a star-forming region, a nursery of more than 100 young stars. It also contains some of the chemically richest solar-mass protostars.”

Van Dishoeck uses telescopes on the ground and in orbit to figure out what molecules are present in interstellar space and where they form. In her lab, she recreates interstellar conditions to study potential formation reactions more closely. Her work is helping scientists understand where molecular complexity comes from.

To make her research possible, van Dishoeck has taken lead roles in the design and construction of various telescopes and other advanced equipment. For instance, she was involved in planning the Herschel Space Observatory, a telescope that looked at cold, dusty regions of space where new stars, called protostars, are beginning to form. She was also an adviser to the famous Atacama Large Millimeter Array (ALMA) telescope, in Chile, and a member of the research team there that detected the peptidelike molecule methyl isocyanate in space for the first time. Van Dishoeck says her soul is in that telescope—appropriate because ALMA means “soul” in Spanish.

Fresh off of winning the 2018 Kavli Prize in Astrophysics, she sat down with C&EN to talk about her journey from theoretical chemistry to astrochemistry, and what it’s like to wait three decades for data. This interview has been edited for length and clarity.

You haven’t always been an astrochemist. How did you make that transition?

I’m a chemist by origin. I started in ab initio quantum chemical calculations and then moved gradually into astronomy, but I’ve sort of kept my connections and my feet in chemistry. My work has linked the two better together and made sure also that chemistry is not a niche topic in astronomy but that it’s fully integrated. As one of my colleagues [Xander Tielens, an astronomer at Leiden University] says, we really have a molecular universe. Even in galaxies far away from Earth you still see molecules like carbon monoxide, like water.

The grandfather of this field was Alexander Dalgarno of Harvard University, my Ph.D. adviser. He really brought molecular physics, chemistry, and astronomy together. I was fortunate to work in an era where the observational techniques improved so much. I put effort into making sure new telescopes would happen because we could see their potential for astrochemistry.

I didn’t leave theoretical chemistry, my original research area. I was and am still using it. The only thing I needed to do was focus on molecules that were of astrophysical relevance. So like OH, CH, CH2, water. But then I had to learn. I wanted to calculate a reaction rate under interstellar conditions. What is my energy source? It’s obviously not a standard light bulb or a laser. I needed to get used to different units, to different scales.

The scale of astrochemistry research is very different from what many bench chemists are used to. Explain what that’s like.

You know, it takes about 30 years from conceiving missions to when they actually happen. So it’s very long timescales that we’re dealing with. I had my first meeting about the Herschel Space Observatory, which was so important to pinning down water formation and water chemistry in interstellar clouds, in 1982. I was still a Ph.D. student. We got our first data in 2009.

It is important to have that long-term vision. Of course science shifts. But you focus on the unique parameters of the mission. Herschel was built to study water from space because it is difficult to observe water from Earth. Our atmosphere interferes. No matter what happens in science during the 20 or 30 years that you are waiting for data, water remains the prime target.

A large part of the fun is always the unexpected. These new facilities are so sensitive: In the case of Herschel, no one had predicted that ionized water, H2O+, would be seen so strongly. Yet the first spectra we got, we saw the water and H2O+. That was a big surprise.

What projects are you working on now?

Scientifically, I am enjoying the wonderful data from ALMA, which allows us to zoom in on the birthplaces of stars and planets and determine their chemical composition. In terms of new instruments, the focus is on the James Webb Space Telescope (JWST), the current big project from NASA. [JWST is the successor to the Hubble Space Telescope.]

I got involved in 1997, then I became co-principal investigator on one of its instruments, the Mid-Infrared Instrument. We delivered our hardware in 2008. It will finally be launched in 2021. We have already selected all the targets we are going to observe in the Taurus and Serpens constellations.

When you build an instrument, one of the attractive things is you get guaranteed time on the instrument. And that means you are the first ones on that fantastic new instrument to get data.

Mid-infrared spectroscopy is good for small molecules without a dipole moment, which ALMA can’t see. It has incredible sensitivity. In the protoplanetary disks around young stars, where new planets are likely forming, we will be able to probe the chemical composition of the gas. Not just see water but see how much methane there is, carbon dioxide, ammonia, acetylene. All very simple molecules, but they are the major carbon and oxygen and nitrogen reservoirs that we have in these regions. That is ultimately the gas from which planets are being made.

There’s one more project that I’m also involved in that will happen a little bit later, in 2025. The European Southern Observatory [in northern Chile] is building the Extremely Large Telescope (ELT), which has a 39-meter-diameter primary mirror. Our institute in Leiden is leading the building of one of the three instruments on that, again a mid-infrared spectrometer. [Scientists expect ELT to produce higher-resolution images and spectra than JWST.] I’m involved on the science team.

For projects launching beyond 2025, I say it’s the next generation of scientists that has to be involved. I provide advice. So in that sense the mid-infrared instrument on the ELT is really my last one.

Is that sad for you?

No, no, no. I’ve had a really good run. There will still be instruments that I can use. ALMA will still be fantastic for the next 20, 30 years. JWST will be up there for five to 10 years. So there’s plenty to work on.

CORRECTION: This story was updated Oct. 23, 2018, to correct the photo caption of the molecular cloud. The image was captured by the Spitzer Space Telescope, not the Hubble. 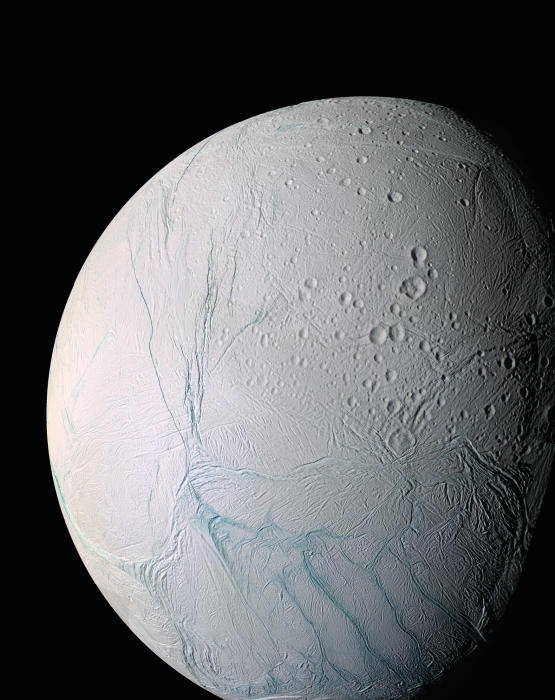 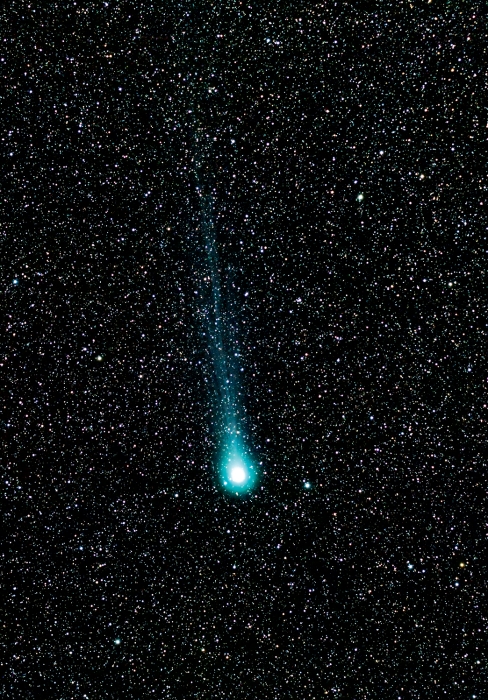 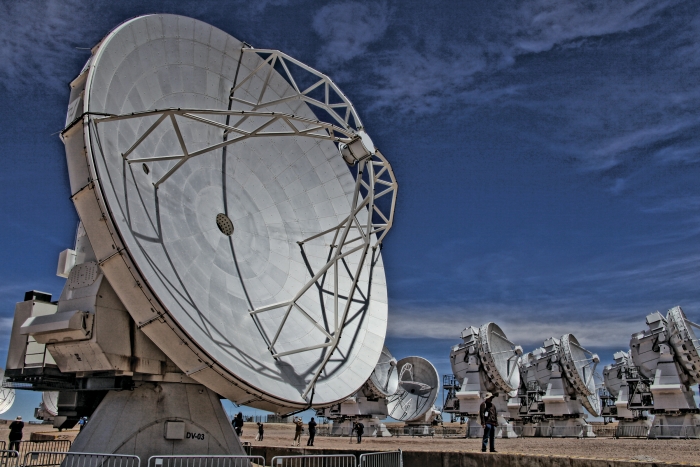 Physical Chemistry
First Chemistry Data From World’s Largest Radio Telescope
Share X
To send an e-mail to multiple recipients, separate e-mail addresses with a comma, semicolon, or both.
Title: Kavli Prize-winning astrochemist looks back at her career probing chemical complexity in space
Author: Sam Lemonick
Chemical & Engineering News will not share your email address with any other person or company.