Rescued from a war zone, an Iraqi chemist finds a future in pharma

A scholarship led Firas Jumaah to graduate studies at Lund University, which then saved him and his family from Islamic State militants 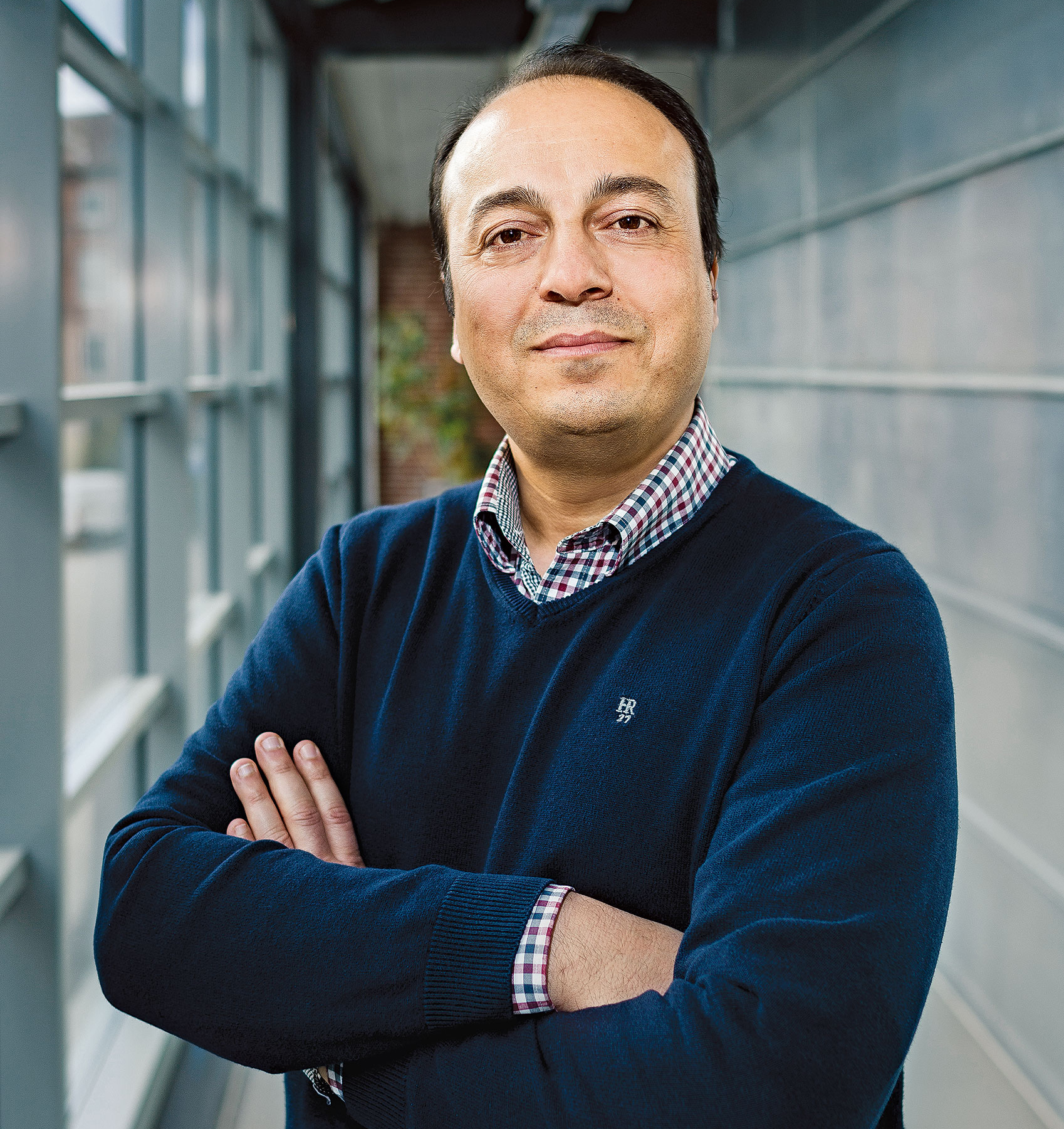 ▸ Languages spoken: Arabic, English, a little bit of Kurdish, and a growing amount of Swedish

▸ Best career advice received: When I finished my PhD, I hesitated to start looking for work in industry because my Swedish was so poor. My supervisor Charlotta Turner told me, “People are not going to hire you because of your language skills, your ethnicity, or your religion—they will hire you because of your knowledge.” Those words helped me believe in myself and my scientific knowledge.

When Firas Jumaah moved from Iraq to Sweden to attend Lund University almost a decade ago to study green chemistry, he never intended to stay. But on a trip back to his homeland, he wound up hiding with his family from an attack on his people by the Islamic State group. After the university orchestrated a dramatic rescue, Jumaah returned to Lund to finish his research and planted roots as a chemist in the Swedish pharmaceutical industry. C&EN spoke to Jumaah about his educational journey, finding his footing after a traumatic event, and what he loves about his work today. This interview has been edited for length and clarity.

What prompted you to move from Iraq to Sweden for graduate school?

After I finished my BSc and MSc degrees at the University of Mosul, in Iraq, I started as an assistant lecturer at Tikrit University in 2004. Three years later, al-Qaeda started targeting minorities in the region, so I moved to the University of Duhok. I am Yezidi, a religious and ethnic minority group in Iraq. In 2010, I got a scholarship through the Erasmus Mundus Programme for 1 year of graduate study at the Chemical Center at Lund University. During that year, I joined the Green Technology Group, run by Charlotta Turner, and got my second master’s degree in analytical chemistry. Then in 2011 I got a scholarship through the Iraqi government to do a full PhD, jointly with Charlotta Turner and Margareta Sandahl.

How did you decide to study green chemistry, and what was your research at Lund about?

When I joined the Green Technology Group, I realized that green is more than a color. I liked the idea of using analytical procedures that reduce or eliminate the use of hazardous substances and generate less hazardous waste. The main goal of my PhD research was to develop analytical methods for extracting and separating lipids and lipid-like compounds using compressed carbon dioxide as a solvent—for example, extraction and separation of vitamin D from human plasma, carotenoids from microalgae, and fatty acids from bilberry.

Because of the financial and trade embargo imposed on Iraq by the United Nations from 1990 to 2003 in response to the Persian Gulf War, we had very little instrumentation. When I was teaching analytical chemistry in Iraq, we had simple old tools like titration, gravimetric analysis, spectrophotometry, and pH measurement. When I came to Sweden, I had never seen a high-performance liquid chromatography or a gas chromatography instrument. I struggled a lot at the beginning because I had to start from scratch with all these techniques—not just GC and HPLC but also modern techniques like supercritical fluid chromatography.

Did your colleagues in the lab know much about your background and your life in Iraq?

The Green Technology Group usually has about 8 to 15 researchers, and most of them come from different countries and different cultures—from Africa, Asia, and Europe. We had fun together, and we often talked about our countries and our traditions, such as foods, clothes, the weather, nature, things like that. We never talked about religion or political things because these topics can cause conflict and trouble, and we really managed to avoid that. So I don’t think anyone knew that I am Yezidi. Because Iraq is an Arabic country, they maybe thought I was Muslim.

Your family traveled to Iraq in 2014 for a family wedding and ended up trapped when the Islamic State group took over the area. The University of Lund stepped in to help. What happened?

My wife and my two small children—then 6 and 4 years old—went to Iraq for a wedding, but I couldn’t join them because I had a lot of work to do in the laboratory. On Aug. 3, 2014, my wife informed me that the Islamic State had taken over a nearby village, massacring the men and enslaving women and children. I booked a flight directly to Iraq and entered the war zone, intending to bring back my family to Sweden. But instead, I became trapped with them. We hid in a storage facility in Dohuk, and Islamic State militants were less than 19 km from us.

This is something I’m living with—the question of why these things happened to us and what we did to deserve all this hatred.

I had no hope then at all. I just wanted to tell my supervisor Charlotta what was happening. I sent her a text message to inform her about my situation. I told her that I was desperate and I asked her to stop my PhD study. I had no idea that she would be able to do anything for us. But she replied telling me not to give up and started looking for ways to save me and my family.

She contacted the university’s security chief, Per Gustafson. He found a security company that could go in with armed men and execute a rescue operation. I was surprised to see a group of six armed men in two four-wheel-drive vehicles show up to rescue me and my family and bring us back to Sweden!

What was it like to return to work on your PhD after such an experience?

First, for me, and for my wife, something broke inside our hearts. This is something I’m living with—the question of why these things happened to us and what we did to deserve all this hatred.

It wasn’t easy for me to get back to work directly. I was always thinking about what happened to us and imagining what could have happened if the Islamic State had managed to capture us. But I had a lot of work to do. And I wanted also to make my supervisors, Charlotta Turner and Margareta Sandahl, and Lund University proud of me. For me, for my family, for Lund University, I started really focusing on my work. I finished my PhD in April 2016 with seven papers. I’m really proud of that.

What have you been up to in chemistry since you finished your PhD in 2016?

In November 2017 I started work at a pharmaceutical company in Malmö. After all these years of academic study, it feels great for me to transfer this knowledge to industry. I am working in a quality-control department on a hormone drug that can help maintain the early stages of pregnancy and prevent preterm birth. It is a great feeling to be working on a product that can save the life of a mother and her baby.

Alla Katsnelson is a freelance writer based in Massachusetts.

Share X
To send an e-mail to multiple recipients, separate e-mail addresses with a comma, semicolon, or both.
Title: Rescued from a war zone, an Iraqi chemist finds a future in pharma
Author: Alla Katsnelson, special to C&EN
Chemical & Engineering News will not share your email address with any other person or company.

Comments
Md.Shofiqul Islam (April 23, 2019 2:17 PM)
Thanks to c&en for providing such inspiring news. I believe this will help to involve in chemistry education more and more. In addition, to read this article now I am inspired for doing my higher studies in chemistry as I am working in a HPLC lab .