by Lisa M. Jarvis , with reporting by Megha Satyanarayana

Gilead Sciences’ experimental antiviral remdesivir helped people with COVID-19 recover faster, according to limited data released from a trial led by the US National Institute of Allergy and Infectious Diseases. The data were enough for the US Food and Drug Administration to grant the experimental drug an emergency use authorization (EUA), a status that will allow it to be used by doctors treating COVID-19 and be added to government stockpiles.

Established in 2004, EUAs speed the development and stockpiling of diagnostics, therapeutics, and vaccines amid a crisis. Although not a full FDA approval, it does allow doctors and hospitals to use remdesivir to address the pandemic. FDA has already granted EUAs to the antimalarial treatments chloroquine and hydroxychloroquine, but because evidence of those drugs' efficacy and safety in COVID-19 is scant, many expect remdesivir to become the new standard of care for hospitalized patients.

The study by NIAID, which is part of the National Institutes of Health, is considered to be the highest quality among the myriad Phase III trials testing remdesivir’s effectiveness against COVID-19, the disease caused by the novel coronavirus. Unlike most other trials, it includes a placebo arm, a part of a trial’s design scientists rely on for a clear signal of a treatment’s worth. The trial enrolled 1,063 people, 20% of whom received the standard of care rather than remdesivir. 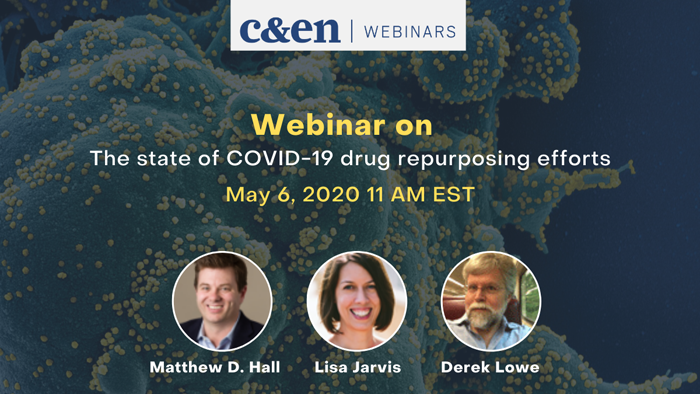 The primary endpoint of the study, which was conducted at hospitals in several countries, was “time to recovery,” a metric the NIH says is typically used to gauge effectiveness in studies of flu treatments.

NIAID chief Anthony Fauci announced the results, which have yet to undergo peer review, at a press conference. He said they suggest remdesivir can shorten recovery from COVID-19 from 15 days to 11. And the drug might be helping people survive the infection: 8.0% of the people in the group who received remdesivir died, compared to 11.6% in the placebo group.

Support nonprofit science journalism
C&EN has made this story and all of its coverage of the coronavirus epidemic freely available during the outbreak to keep the public informed. To support us:
Donate Join Subscribe

Data from two other Phase III trials were also released today, though they don’t support the positive results from the NIAID trial. Gilead said a study of people with severe COVID-19 found no difference between two different treatment courses—5 days versus 10. That study lacked a placebo arm, making it difficult to say if the drug improved survival rates or helped people recover faster.

Meanwhile, the Lancet published results from a Phase III study conducted in China. In that placebo-controlled trial, remdesivir did not offer a benefit over a placebo in people with severe forms of the disease.

Robert Atmar, an infectious disease doctor at Baylor College of Medicine, which was one of the many sites involved in the NIAID trial, questioned the strength of the data from China. Enrollment in the trial—237 people rather than the 400 anticipated—fell short of what was needed to study the drug’s efficacy, he says.

Atmar says the data from the NIAID trial suggest remdesivir is promising, but not a panacea: 8% of people in the trial died. He predicts that hospitals will use the drug now that it has been granted an EUA.

One challenge for clinicians is that NIAID has yet to release specifics on which patients benefited most from remdesivir. Until clinicians know more, Atmar thinks they will stick to giving it to hospitalized patients who most closely match those in the trial: people who have lung disease but no other organ damage.

While infectious disease experts see the drug as only the first of many that will be needed to tackle SARS-CoV-2, the data is confirmation that a direct-acting antiviral can take down a coronavirus in people, says Mark Denison, a coronavirus expert and director of the infectious diseases division at Vanderbilt University School of Medicine. Denison’s lab and its collaborators at the University of North Carolina conducted the preclinical work showing that remdesivir, an RNA polymerase inhibitor, could stop coronaviruses from replicating.

“It says these kinds of compounds that target RNA polymerase can be useful,” says Denison, who was not involved in the trials. He notes that the results bode well for EIDD-2801, an oral RNA polymerase inhibitor that was developed by Emory University and recently entered clinical studies.

Denison also hopes the positive data will allow clinicians to use remdesivir instead of placebos in other COVID-19 trials, enabling them to understand how well the drug blocks progression of the disease, whether it can prevent complications like thrombosis, and if it can be paired with other treatments.

But along with the good news come caveats. Remdesivir is an intravenous drug, which means its use will likely be limited in the current pandemic to those sick enough to be hospitalized. Moreover, Gilead is still working to ramp up production. By the end of May, the firm expects to have made roughly 140,000 treatment courses for a 10-day regimen. By increasing both internal capacity and outsourcing, the firm hopes to make an additional 500,000 courses by October, 1 million courses by the end of the year, and, if needed, several million courses in 2021.

Doctors stress that the world still has a long way to go before normal life can return. “No matter how good this drug is, we’re trying to put out the coals around the edge of a giant bonfire,” Denison says. Remdesivir won’t prevent the spread of the virus and “won’t prevent us from needing to have a social compact which allows us to work together to try to overcome this.”

This story was updated on May 1, 2020, with information about the emergency use authorization for remdesivir.

Share X
To send an e-mail to multiple recipients, separate e-mail addresses with a comma, semicolon, or both.
Title: Gilead's remdesivir gets emergency use authorization based on preliminary data in COVID-19
Author: Lisa M. Jarvis
Chemical & Engineering News will not share your email address with any other person or company.