Thirteen years ago, chemists determined that the U2 molecule has 10 bonding electrons, formally a quintuple bond (Nature 2005, DOI: 10.1038/nature03249). Now, a group led by Stefan Knecht of ETH Zurich has updated the quantum calculations used to model the dimer, taking into account the relativistic effects of electrons in motion. The results suggest the molecule has only a quadruple bond (Nat. Chem. 2018, DOI: 10.1038/s41557-018-0158-9). Knecht says understanding actinides is challenging. Lab experiments are difficult, and theoretical modeling is complicated by the actinides’ byzantine electronic structures and the relativistic, or near light-speed, motion of their electrons, which affects the energy levels of orbitals. Knecht and his collaborators worked on and off since 2006 writing new computer code to fully account for relativistic effects that the previous work approximated. He believes the earlier work unintentionally evaluated a low-lying excited state rather than the dimer’s ground state. The new model led Knecht’s group to reevaluate the number of molecular orbitals involved in the U2 bond. Knecht hopes this work will inspire new modeling of other heavy-metal bonds. 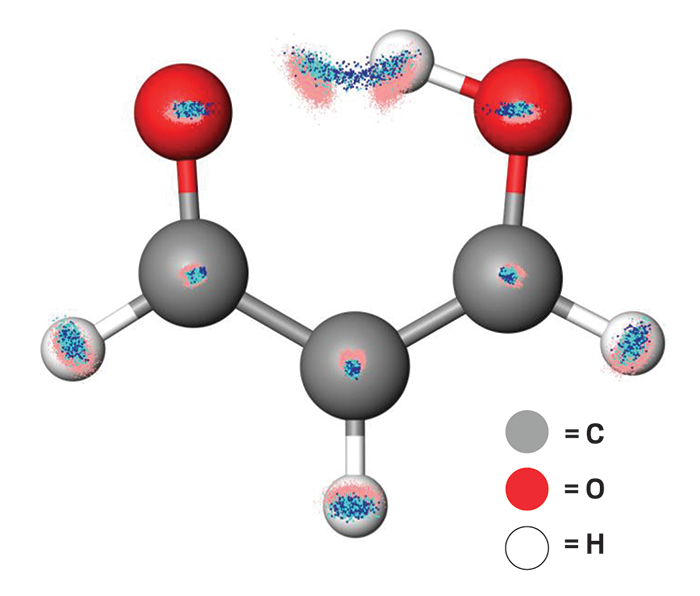 Physical Chemistry
Relativistic effects govern methyl transfer to mercury
Share X
To send an e-mail to multiple recipients, separate e-mail addresses with a comma, semicolon, or both.
Title: Uranium dimer loses a bond
Author: Sam Lemonick
Chemical & Engineering News will not share your email address with any other person or company.