The entire history of the universe is but a fleeting moment in time compared with the half-life of xenon-124. Clocking in at a staggering 1.8 × 1022 years, it’s the longest half-life ever directly measured—and roughly 1 trillion times the universe’s age (Nature 2019, DOI: 10.1038/s41586-019-1124-4). The result comes from the XENON1T detector at Italy’s Gran Sasso National Laboratory (shown). Before it was decommissioned earlier this year, the detector contained 3.2 metric tons (t) of liquid xenon and was hunting for signs of dark matter—putative particles thought to account for huge amounts of unseen mass in the universe. Just 1 in every 1,000 xenon atoms is the 124Xe isotope, which was predicted to decay into tellurium-124 by an inconceivably rare pathway called two-neutrino double electron capture. When two protons in the nucleus simultaneously capture two of the atom’s own electrons, they transform into neutrons and release two neutrinos. The process also generates X-rays and electrons that could be picked up by XENON1T. The device identified 126 of these events in one year, enabling researchers to calculate the isotope’s half-life. “It shows the unprecedented sensitivity of the detector,” says Laura Baudis at the University of Zurich, who helps lead XENON1T. Although the experiment didn’t find any dark matter, a more sensitive successor with 8.4 t of xenon is being built, and it may spot an even rarer decay pathway predicted for 136Xe. 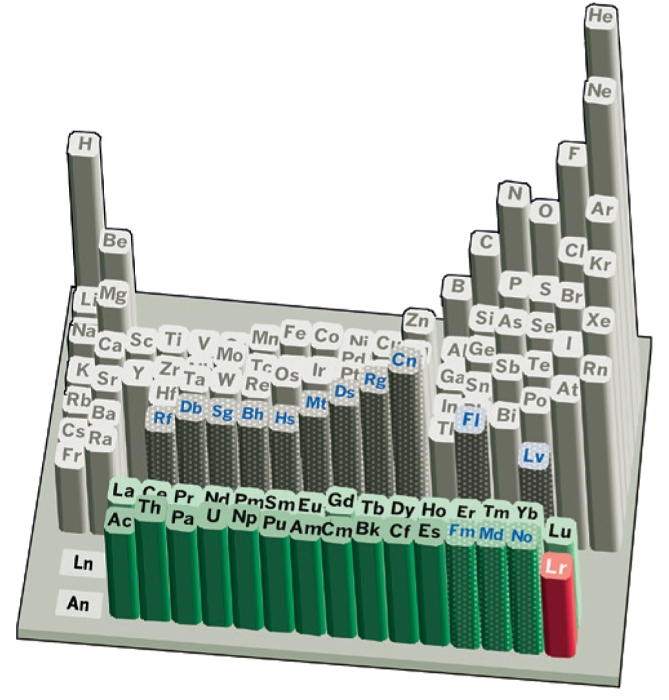 Physical Chemistry
FBNCO—A Winning Combination In Elemental Bingo
Share X
To send an e-mail to multiple recipients, separate e-mail addresses with a comma, semicolon, or both.
Title: Xenon-124 sets half-life record
Author: Mark Peplow, special to C&EN
Chemical & Engineering News will not share your email address with any other person or company.