Policy leader talks about publishing, the scientific enterprise, and how chemistry fits into it all

Much has changed about publishing since Jeremy Berg wrote his first research paper as a Stanford University undergraduate in the 1970s.

▸ On reviewers asking for more experiments: “Reviewers will say, ‘This is a very exciting result, and it would be even better if you did the following six years of work.’ I would hope if I did six more years’ worth of work it would be better! ... There’s a balance between saying it’s not suitable in its present form without suggestions of what to do versus saying this a really exciting result and this would make it better.”

Back then, he and his colleagues submitted manuscripts by postal mail. They hired artists to help draw figures because desktop publishing software wasn’t available for do-it-yourself graphics. And they waited months for mailed responses from referees.

“I learned a fair bit about the process of publishing at that point, for good and for bad,” Berg remembers.

He could never have guessed that 40 years later he would be editor in chief of Science,one of the U.S. journals most sought out by authors. Berg took the helm at Science and its five sister journals published by the American Association for the Advancement of Science (AAAS) in July 2016.

Having lived through major changes in publishing as a scientist, Berg is now charged with leading those journals as they address the next generation of challenges for scientific publishing and science more broadly, including open access, preprints, ethics, and more.

When he was first approached about the job, it immediately drew him in. “As somebody who’s been interested in science very broadly—and in science communication broadly—it was the sort of position that was hard not to take seriously,” says Berg, 60.

Though trained as a chemist, Berg has had a career that has led him into biochemistry, biophysics, and data science. He worked on the faculty at Johns Hopkins University School of Medicine before becoming director of the National Institute of General Medical Sciences in 2003. NIGMS funds a broad range of basic science research, and it is the largest funder of chemistry in the National Institutes of Health.

He left NIH in 2011 to head science strategy and planning at the University of Pittsburgh, where he remains on the faculty. At the time, he would often publish his analyses of policy issues facing the scientific community on his Datahound blog.

Berg’s wide-ranging career was good preparation for leading a family of journals that publishes all aspects of science, including basic physics, chemistry, biology, ecology, environmental science, and even social science. “The breadth of science is exciting and breathtaking,” he says. “It’s been a good intellectual stretching exercise.”

Berg’s most difficult task isn’t usually sorting through the science itself, he says. “More challenging—and in some ways more important from a publishing point of view—is understanding the cultures in these different scientific communities,” he says.

“Ideas that might work for, say, cell biology don’t work in biophysics, which has a significant overlap,” he says. Even inside chemistry itself, “the difference between organic chemists and physical chemists is pretty striking,” he says. “The sociology of science is fascinating.”

Berg on how journals should address sexual harassment

Greater attention to sexual harassment in science and the wider #MeToo movement have raised questions about what journals should do when authors are known sexual harassers.

“It’s a very challenging policy question” that is being discussed at Science and its sister journals, Berg says.

Journals face different questions about authors who are harassers: What level of proof is necessary to ban someone from publishing? How long should a ban last? What happens to a harasser’s colleagues and students, who might be affected by a ban?

“It’s tricky,” Berg says. “We’re trying to figure out how we can help push the culture change in the right direction without creating unintended consequences,” he says.

One example is Science Robotics, a journal that launched shortly after Berg took over as editor in chief. Robotics is a broad field that encompasses human-mimicking robots as well as robots to assist in medicine, surgery, manufacturing, underwater and space exploration, and more.

But many of those working in robotics aren’t used to publishing their results in traditional journals, Berg says. “It’s been interesting and challenging to engage different parts of the community and to try to see how we can help them share things more broadly.”

Chemistry has some of the same cultural quirks related to publishing. Take preprint servers, online platforms that allow people to share their papers or data before they are submitted to a journal. Such prepublication sharing has been popular for decades in fields like physics and computer science, but chemists have been slow to jump on the bandwagon. Just last year, the American Chemical Society and two partner societies launched the preprint server ChemRxiv, and Elsevier launched the Chemistry Research Network, called ChemRN.

Berg thinks chemists’ slowness to get involved could be because chemistry has a relatively short time frame from hypothesis to results. “Once you have the idea, it only takes a few months to achieve,” he says. That means you might not need as much feedback on a paper before submitting it for publication.

The larger question of the future of scientific publishing is harder to assess. Berg spends a lot of time thinking about the question, “What value is really added by peer review, and how can we maximize that?”

Open access, which makes papers freely available as soon as they are published, is becoming more and more popular, especially as more and more funding agencies make a concerted push for their funded work to be open to the public. AAAS launched its own open access journal, Science Advances, in 2015.

But someone still has to pay for the work that journals do managing peer review, as well as copyediting and performing increasingly important ethical checks. Open access just shifts that payment from subscribers to authors and grantees.

“Everybody’s struggling with the reality that publishers do add value to the peer review process,” he says. “That takes real people and real money to do.”

Some may argue that the solution is for scientists to self-publish their work online, but Berg is skeptical that would generate the type of feedback that journal peer review provides. “That will work for a small fraction of papers where people are really super excited about the results for one reason or another,” he says. “It’s harder to see how that would work” for most papers given the difficulty journals already have getting scientists to perform peer reviews, he says.

Another problem facing publishing is the sheer number of scientists now doing and publishing research in the U.S. as well as China, India, and other countries. That’s where journals’ curation role may become more important going forward.

“There has to be some function that allows you to sift through the vast amounts of material and figure out what you should spend your time reading and understanding,” Berg says. “Everybody’s already choking with the huge amount of material that’s published.”

Berg says journals can also help take on issues facing the science community more broadly. “I’m certainly concerned about the pressures on scientists at all levels,” he says. “There is a very big difference between worrying about getting a grant funded because you have lots of research that you want to try to accomplish, as opposed to wanting to get a grant funded because otherwise you don’t have a job.”

But Berg isn’t sure whether pressure to publish in high-profile journals has much to do with the various unethical behaviors that have led to retractions at Science. There have been cases of figure manipulation as well as scientists fabricating data for experiments that were never conducted. In cases that he has investigated as editor, Berg doesn’t see a direct link between misconduct and the scientist’s job security. “There isn’t an underlying theme” to the retractions, he says.

Everybody’s struggling with the reality that publishers do add value to the peer review process.

Journals should also work to ensure they are not perpetuating inequality of women or underrepresented minorities, Berg says. For example, Berg was happy to hear that Science had already launched a study of its acceptance rate for papers submitted by women compared with men before he arrived. The study found that although the journal was publishing fewer papers from women than men, it was accepting them at about the same rate that they were submitted in the first place. “We couldn’t see any evidence of any substantial bias that we were introducing,” he says.

How journals should address sexual harassment by its authors is “a very challenging policy question” that is being discussed at Science, Berg says. While Science’s news section has covered sexual harassment extensively, journals have to look at the larger implications of barring a harasser: What level of proof is required? How long should a ban last? What happens to a harasser’s colleagues and students, who might be affected by a ban?

“It’s tricky,” Berg says. “We’re trying to figure out how we can help push the culture change in the right direction without creating unintended consequences.”

From his role at Science, Berg sees chemistry as right in the thick of modern research. “Chemistry has spread out into other disciplines in big ways. I think that’s exciting,” he says. “The term ‘central science’ is not inappropriate.”

Chemists should avoid its territorial tendencies and “accept the fact that all sorts of people are going to be doing chemistry and might not identify as chemists,” he says. They should find a way to take pride in and credit for that, he adds.“Embracing the broader field as it continues to spread out is going to be good for science and good for chemistry in the long run.” 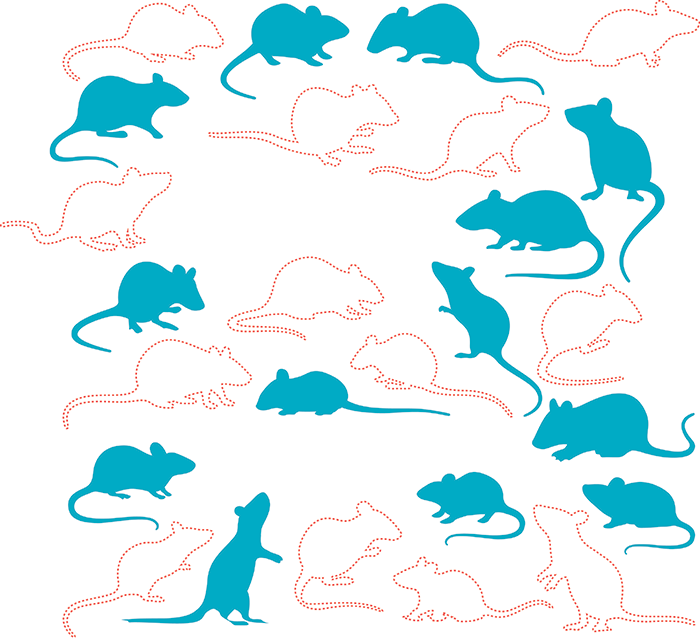