The paper describing how engineered enzymes build lactams in this article has since been retracted (Science 2020, DOI: 10.1126/science.aba6100).

Using directed evolution, chemists have engineered enzymes to convert C–H bonds into C–N bonds in a reaction that creates chiral β-, γ-, or δ-lactams. These cyclic amides, which are 4-, 5-, or 6-membered rings respectively, are common motifs in bioactive molecules such as penicillin, making these enzymes useful tools in synthesizing drug candidates, say the California Institute of Technology researchers who developed them.

Chemically synthesizing β-lactams can be difficult, says Zhi-Jun Jia, a postdoctoral fellow who worked on the project with Frances H. Arnold and graduate student Inha Cho. Arnold shared the 2018 Nobel Prize in Chemistry for her work on directed evolution of enzymes. β-Lactams are typically made using 2+2 cycloadditions, which often require highly reactive starting materials. The Caltech team starts with easy-to-make acyl-protected hydroxamate precursors. An engineered cytochrome P450 enzyme uses iron in its active site to generate carbonyl nitrenes from these precursors, and then the carbonyl nitrenes perform an intramolecular C–H amidation reaction to create the lactams (Science 2019, DOI: 10.1126/science.aaw9068).

The size of the lactam made depends on which enzyme is used. Using the same precursor and three different enzymes—dubbed LSβ, LSγ, and LSsp3—the team made β-, γ-, or δ-lactams as their major products, respectively (shown). What’s more, they produced one enantiomer of each lactam.

“The chemistry for making β-, γ-, or δ-lactams is exactly the same,” Cho says. “The enzymes make the same intermediate for all of these reactions. It’s just that different variants target C–H bonds in different locations,” on the molecule, she says, probably due to differences in the enzymes’ active sites.

“This is a significant achievement in direct C–H amidation in two ways: excellent enantioselectivity and amazing catalytic performance,” says Sukbok Chang, who studies catalytic C–H functionalizations at KAIST. “It clearly represents a big step forward in the practical production of chiral lactams, which are key pharmacophores.”

Sabine L. Flitsch, a biocatalysis expert at the University of Manchester, thinks that medicinal chemists should be able to use the reaction to generate small amounts of lactams but points out that the process requires oxygen-free conditions, which could be problematic for larger-scale production. “Perhaps directed evolution might help to evolve enzymes that are less sensitive to oxygen,” she says.

Cho and Jia say they’re planning to tackle this. The enzymes currently work in air, but the yields suffer. 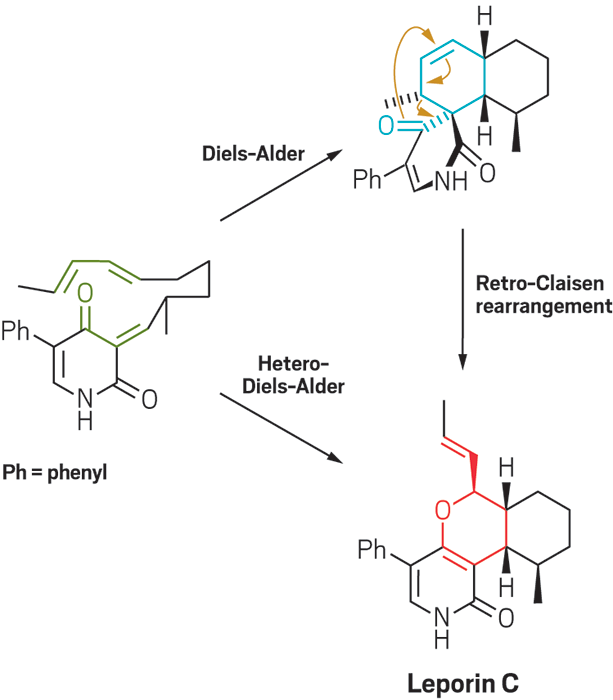 Share X
To send an e-mail to multiple recipients, separate e-mail addresses with a comma, semicolon, or both.
Title: Engineered enzymes build lactams of different sizes
Author: Bethany Halford
Chemical & Engineering News will not share your email address with any other person or company.