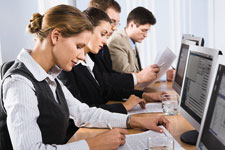 Consumers can find any number of suspect products on the market today. A group of early-career British scientists have caught up with some of them and last month issued a report, "There Goes the Science Bit," which challenges the scientific mumbo jumbo used to hawk 11 different products, software, and herbal concoctions.

Some of the items that caught the scientists' attention include a software program whose vendor claims can release 34,000 homeopathic remedies through a computer monitor and a pendant advertised to protect wearers from the effects of electromagnetic radiation, cure hangovers, and improve golf skills.

By calling company representatives, the young scientists also challenged claims Nestlé made for its Active8 yogurt, which is said to optimize the release of energy from the consumer's diet, whatever that means. The group also debunked a liquid oxygen product called Aerobic Oxygen that, when added to drinking water, delivers oxygen to the bloodstream, and thereby combats the depletion of oxygen caused by pollution and modern lifestyles.

All in all, the group—calling itself the Voice of Young Science—published 11 transcripts in their report of conversations with seller representatives as a guide to standing up for science.

For instance, computer scientist Tom Sheldon investigated a software package called Computer Clear. He found out in a telephone conversation with a representative of World Development Systems—the vendor of the $82 program—that "Computer Clear pops up and puts itself on the task bar and during that time it emits via the screen ... a selection of homeopathic-type resonance patterns."

Skeptical about how these patterns qualified as homeopathic, Sheldon was told the patterns emitted are really "bioresonance patterns," which are "presented" to the body and the body "decides whether it requires it or not. If you resonate with it, you use it, but if you don't resonate with it, it passes you by."

The managing director of World Development told Sheldon that his firm has "a number of test machines and products that use the same technology that test our product." But he then admits that "the scientific bit is always, if you like, secondary and always a bit behind."

Sheldon concludes that "the only support for the product is anecdotal, subjective, and unreliable." Yet if the company has sold the 340,000 copies it claims to have sold worldwide, it has made more than $28 million with the aid of scientific sounding claptrap.

Funded by the British watchdog organization Sense About Science, the report can be viewed on the Web at www.senseaboutscience.org.uk, click on Voice of Young Science.

The 16-year-old son of a lung specialist working on a science project has found a simple test to determine whether people smoke, according to a Reuters report. 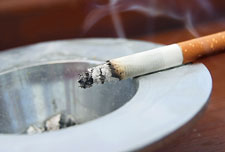 Reddy used a pulse cooximeter, a device that clips to a fingertip and reads the carboxyhemoglobin content in the blood by shining light through a fingernail.

Working with his father, young Reddy devised a questionnaire to determine the possible smoking habits of 476 of his dad's patients. Together they determined that blood carbon monoxide levels of 6% or more indicate that a person smokes.

Sridhar Reddy—the boy's father—recently presented the results of the study at a scientific meeting of the American College of Chest Physicians in Chicago. He says that most patients know that carbon monoxide is a poison, and he plans to use the test results to convince them to stop smoking. As for Ashray, the study earned him a medal at the local science fair.

This week's column was written by Marc S. Reisch. Please send comments and suggestions to newscripts@acs.org.