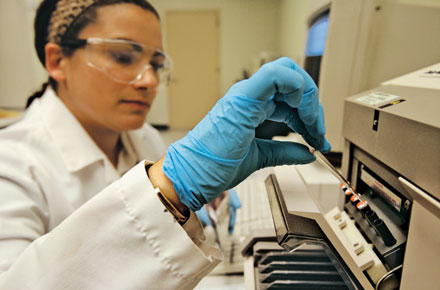 After years of listening to heart-wrenching stories about people who were killed or sickened by contaminated food, leaders of the House Energy & Commerce Committee are confident that they can get a major food safety bill through Congress this year. The Food Safety Enhancement Act of 2009 (H.R. 2749) passed the committee on June 17 with strong bipartisan support and now heads to the full House for consideration.

The bill, sponsored by Rep. John D. Dingell (D-Mich.), has been in the making for years, and it would overhaul how the Food & Drug Administration regulates food safety. The legislation puts a strong emphasis on laboratory testing to prevent food-borne illness and calls for a review of the controversial plastics chemical bisphenol A (BPA) in food and beverage containers. And although it strengthens the agency's authority to recall unsafe food, it stops short of creating a single food agency. Similar legislation has been introduced in the Senate but has seen little action.

At the heart of the House bill is a requirement that food facilities develop a hazard analysis and risk-based preventive control plan. This means that facilities will need to have more laboratory tests conducted to identify hazards and to determine if preventive controls are working.

Other key aspects of the legislation include increasing the frequency of FDA inspections, particularly at high-risk food facilities; requiring food facilities to register with FDA and pay a $500 fee annually to help pay for inspections; giving FDA access to records and laboratory data; and developing a laboratory accreditation program to assess the quality of food labs.

"Laboratory testing is an essential component of a science-based food safety system," FDA Commissioner Margaret A. Hamburg testified during a hearing before the Energy & Commerce Subcommittee on Health in June, just days after she assumed the agency's helm. She added that she is particularly eager to implement a system for laboratories to report positive results to FDA.

Such a system might have prevented the Salmonella outbreak this past winter, which was linked to Peanut Corp. of America (PCA), many at the hearing said. In that incident, PCA distributed peanut butter and peanuts even though these products tested positive for Salmonella. In addition to sickening hundreds of people and killing nine, the contaminated peanuts led to the biggest food recall in history and cost the food industry tens of millions of dollars. It also convinced those in the industry that the food safety system is broken, and it rendered industry-paid fees for inspections more palatable.

Under the new legislation, the secretary of the Department of Health & Human Services (HHS) would be required to establish pilot programs for laboratories to report test results that are positive for contamination to FDA and to evaluate food origin tracing technologies. "Mandatory reporting is used by the Environmental Protection Agency to monitor the safety of drinking water, and it would be appropriate as a protection in the food supply as well," Caroline Smith DeWaal, director of food safety at the Center for Science in the Public Interest, noted during the hearing.

Another topic that surfaced during the subcommittee hearing was whether more laboratory capacity is needed, particularly in states with large ports, where most imported foods come into the country. In response, Hamburg pledged to expand laboratory capacity when resources are available, adding that FDA is planning to create some additional high-throughput laboratories.

"I'm fascinated that the laboratory issue comes up so much here. It is such a key issue. In my past experiences with public health officials, it's often the laboratory that is the underappreciated component of public health needs," Hamburg remarked to the committee members.

Hamburg also responded favorably when Rep. John M. Shimkus (R-Ill.) asked whether proficiency testing should be included in the bill's call for accreditation standards for laboratories that perform analytical testing on food. Proficiency testing measures a lab's performance by reviewing actual test results. Typically, labs are required to analyze a series of unknown samples and report their results to a third-party accreditation body. "The accuracy of the testing is key to making the right decisions," Hamburg noted. 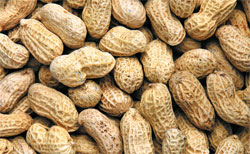 To help pay for a modernized food safety system, H.R. 2749 calls for industry-paid registration fees. In the original bill, each food facility would have paid FDA a $1,000 fee annually, but that figure was cut in half during negotiations with Republican leaders on the Energy & Commerce Committee.

At the subcommittee hearing, industry representatives emphasized that they are not opposed to paying fees. "We are willing to support a fair registration or user fee provided that it is utilized by FDA in a transparent and accountable manner to improve the safety of our food supply through means such as conducting research and consumer education programs," Mike Ambrosio, vice president of quality assurance at Wakefern Food Corp., testified on behalf of the Food Marketing Institute, a trade association.

Pamela G. Bailey, president and chief executive officer of the Grocery Manufacturers Association, echoed the food industry's willingness to pay its fair share to improve food safety. "Our industry is significantly increasing our investments in food safety and is prepared to make additional investments to continually improve the safety of our food supply," she said. In particular, the food industry is expanding an electronic recall portal to facilitate the rapid flow of information between manufacturers and retailers during product recalls, and it is expanding efforts to train food safety scientists and managers globally to implement new safety systems, she noted.

"If FDA finds that BPA isn't safe, it is additionally directed to tell us how it plans to protect public health, which could include banning the chemical or placing warning labels on products that contain it," Markey explained when the full committee discussed and passed the bill on June 17, just two weeks after the subcommittee hearing.

The North American Metal Packaging Alliance, which represents the canned food and beverage industry, welcomed FDA to take a fresh look at the science behind BPA and encouraged the agency to do so in a timely manner.

Likewise, in response to the inclusion of BPA in the legislation, the American Chemistry Council, which represents chemical manufacturers that make BPA, urged FDA to "move at a rapid pace" and complete its review of BPA as soon as possible so that consumers are sufficiently informed.

One issue H.R. 2749 does not address is the creation of a single food agency. The U.S. food safety system is fragmented, with responsibilities divided among multiple federal agencies, including FDA, the Department of Agriculture, EPA, and the Centers for Disease Control & Prevention. FDA has jurisdiction over about 80% of the food supply.

When asked by lawmakers at the subcommittee hearing whether there is a need for a single food agency, Hamburg responded that her first and urgent priority as the new FDA commissioner is to strengthen food safety within FDA. And that includes strengthening coordination with critical partners such as USDA, state and local public health organizations, international agencies, and foreign governments, she said. Hamburg emphasized the profound impact of globalization on FDA, adding that she expects the percentage of imported foods to increase in the future.

Some observers say they are disappointed that the legislation falls short of creating a single food agency. "They are making some right moves. But one of the ones they are not making is a separate food agency," says Jaydee Hanson, policy analyst at the advocacy organization Center for Food Safety. Hanson, like many others, is particularly worried that FDA leadership will spend less time on food safety now that the agency is charged with regulating tobacco in addition to food and drugs (C&EN, June 22, page 11).

Although H.R. 2749 is moving quickly through the House, the Senate version of this legislation hasn't gone anywhere. The FDA Food Safety Modernization Act (S. 510) was introduced on March 3 by Sen. Richard J. Durbin (D-Ill.) and referred to the Senate Committee on Health, Education, Labor & Pensions, where it awaits action.

Like the House version, the Senate bill has a strong focus on prevention and laboratory testing, and both bills would expand FDA's access to records during emergencies and give the agency the authority to recall unsafe products. In addition, the two bills would direct the secretary of HHS to establish a pilot project to evaluate technologies for tracing the origin of foods. The Senate bill, however, includes a provision to develop consistent federal guidelines for managing food allergies in schools, something the House bill doesn't address.

No timeline has been set for the Senate committee to take up the bill.