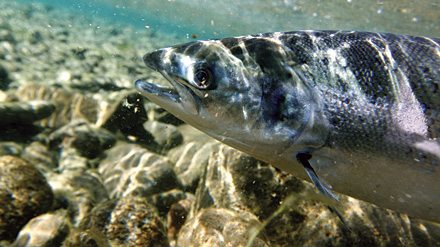 EPA has asked manufacturers of three organophosphate pesticides—chlorpyrifos, diazinon, and malathion—to voluntarily adopt new limitations intended to protect endangered and threatened species of salmon and steelhead in California, Idaho, Oregon, and Washington. If the companies fail to indicate the changes on their product labels, EPA will pursue regulatory action to make them mandatory, the agency said in a statement. The changes include adding buffer zones; limiting applications under certain wind, soil moisture, and weather conditions; and reporting incidents of fish mortality. They are the result of consultations between EPA and the National Marine Fisheries Service (NMFS) in response to lawsuits filed by the environmental group Earthjustice. The three pesticides are widely used for agricultural and urban pest control. They are neurotoxic and believed to be a cause of salmon not returning to streams to spawn. EPA plans to work with NMFS on studies to assess the effectiveness of the changes in the four states and is seeking funding for monitoring studies from industry.