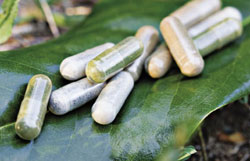 Many people try to manage their health by taking plant-derived dietary supplements. But despite their ubiquity, these pills and potions are not well understood by the scientific community. 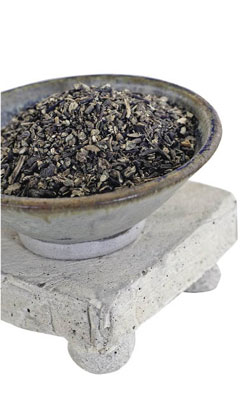 Toxicity is an especially murky area. Manufacturers must be on the watch for potential toxicity from multiple sources. Products can be contaminated with something toxic, such as a heavy metal, pesticide, herbicide, or microbe. Or, in a case of mistaken identity, a toxic plant species might be used instead of a nontoxic one. Perhaps worst of all, the plant might be inherently toxic.

“Everything is poisonous; it’s just a matter of dose,” says Stephen Barnes of the University of Alabama, Birmingham, paraphrasing the Renaissance physician Paracelsus. “That’s so true for dietary supplements. The big concern is that because you can get them over the counter, there’s always a possibility that people will take ridiculous amounts.”

In May, a study by the Government Accountability Office (GAO), the investigative arm of Congress, raised the specter of trace contamination of botanical dietary supplements with heavy metals and pesticides. Released during a hearing on dietary supplements held by the Senate Special Committee on Aging, the study of 40 randomly selected botanicals found trace amounts of metals—including lead, arsenic, cadmium, and mercury—in 37 of the samples and one or more pesticides in 18 of the samples. But none of the samples contained levels high enough to pose a health risk—as long as people take the suggested amount.

“People take heavy metals out of context,” says Ikhlas A. Khan, a professor of pharmacognosy at the University of Mississippi who studies botanical dietary supplements. “The plants are grown outside. They’re going to contain trace amounts of heavy metals.”

Douglas MacKay, vice president for scientific and regulatory affairs at the Council for Responsible Nutrition, a trade association for the dietary supplement industry, points out that metals and pesticides are broad-based agricultural concerns. Indeed, preventing such contamination is important for all plant processors, whether they manufacture foods or dietary supplements, says Richard B. van Breemen, codirector of the UIC/NIH Center for Botanical Dietary Supplements Research at the University of Illinois, Chicago.

To strike a balance between safety and consumer access, the Food & Drug Administration regulates dietary supplements as foods rather than as drugs. Although companies must notify FDA about any new dietary ingredients, they do not need approval prior to marketing a supplement, and FDA can react only to adverse events. In 2007, FDA further strengthened oversight by requiring supplement makers to adhere to Good Manufacturing Practices, including testing the products for contaminants such as metals, pesticides, and pharmaceutical residues. The requirement was phased in over three years, with the largest companies needing to comply first. Last month, the requirement went into effect for even the smallest firms.

“The results of that GAO investigation showed that the dietary supplement industry is doing what the government expects as far as these contaminants” are concerned, MacKay says.

Researchers who study botanical supplements are less concerned about contamination than they are about the botanicals themselves and their intrinsic toxicity. Contamination, they believe, can be adequately addressed by the Good Manufacturing Practices that all supplement manufacturers must now follow. But “right now, we do not even understand the chemical composition” of botanicals, Khan says. “Inherent variability blurs the composition.”

An important step toward understanding possible toxicity, as well as efficacy and mechanism of action, is standardization of the contents of supplements. “All botanical dietary supplements should be standardized,” UIC’s van Breemen argues.

Another area of research, sometimes carried out in conjunction with studies intended to elucidate the mechanisms of perceived efficacy, examines the inherent toxicity of the botanicals themselves. The National Toxicology Program (NTP)—a joint effort of the National Institutes of Health’s National Institute of Environmental Health Sciences, the Centers for Disease Control & Prevention’s National Institute for Occupational Safety & Health, and FDA’s National Center for Toxicological Research—has been concerned with this question for more than a decade.

NTP researchers evaluate the effects of chronic exposure to dietary supplements, studying potential toxicity to the liver, other organs, and blood. “We’re looking at things that are hard to evaluate by normal adverse-event reporting,” says Nigel J. Walker, NTP’s deputy program director for science. “If someone develops a long-term disease as the result of taking something daily for most of their life, it’s very hard to relate that to those exposures through adverse-event reporting.”

In its studies, NTP has found that dietary supplements have a range of toxicity, Walker notes. For example, botanicals such as the stimulant ginseng and milk thistle extract, which is used to improve liver function, show few signs of toxicity in experimental animals, even at high doses. Others, such as the antimicrobial goldenseal, demonstrate clear evidence of causing liver toxicity.

Researchers at the UIC/NIH supplement research center have studied toxicity as part of a larger program to determine the mechanism of action of different botanicals. In one assay, they look for metabolites of botanicals that form conjugates with glutathione, an important antioxidant in the body. Such conjugates suggest that the botanical could cause liver damage, van Breemen says. In the case of kava, typically used to treat anxiety and insomnia, they found that kava lactones are metabolized to quinones, which can form conjugates with glutathione.

In another study, the researchers assessed the safety and efficacy of black cohosh and red clover used by menopausal women to reduce hot flashes. Some reports have linked black cohosh to isolated cases of liver damage. “We found the two botanicals to be safe,” van Breemen says. “No elevated liver enzymes, no evidence of liver toxicity or any other kind of toxicity when taking the supplements daily for a year.” But the supplements “also didn’t reduce hot flashes,” when compared with placebo and estrogen therapy, he notes.

Much is still unknown about the potentially toxic effects of dietary supplements. Scientists also don’t know how—or even whether—these botanicals work. “We’ve only been doing really good research for less than one lifetime,” Barnes says. “So for many of these questions, we don’t know the answers, but we have hints.”