FDA ramps up efforts to ensure the analytical, clinical validity of diagnostics created and used by single labs 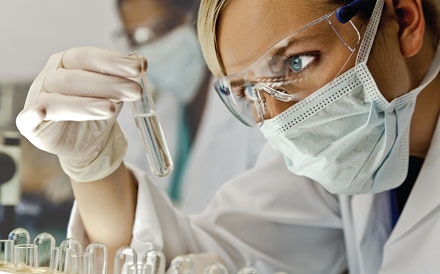 The Food & Drug Administration is gearing up to regulate laboratory-developed tests, particularly genetic tests marketed directly to consumers. But the agency is getting a lot of pushback from clinical laboratories, which claim that increased government oversight of the tests will stifle innovation and slow patient access to critical diagnostics.

Laboratory-developed tests, or any diagnostic developed in-house and used by a single lab, have long been exempt from premarket review by FDA. Although the agency has the authority to regulate such tests, it hasn’t done so in the past because, until recently, it considered the tests low risk. FDA determines the level of regulation for diagnostic tests based on the risk that a patient might receive incorrect test results.

Today, however, laboratory-developed tests are much different from what they were in 1976, when FDA first decided not to regulate them. Such diagnostics have gone from being simple, single-indicator tests often developed for diagnosing or monitoring rare diseases, to highly parallel, automated tests requiring complex computer software to interpret them.

Lab-developed tests “are increasingly used to assess high-risk but relatively common diseases and conditions,” Jeffrey Shuren testified at a July 22 House of Representatives hearing held by an Energy & Commerce subcommittee. Shuren is director of FDA’s Center for Devices & Radiological Health. The tests “often are used to provide critical information for patient treatment decisions, rely on novel—sometimes preliminary—scientific findings to support their usefulness,” and often are used even when there are alternative tests available that have been cleared or approved by FDA, he noted.

Some entities are taking advantage of this regulatory loophole and marketing tests without FDA review, “claiming that they are laboratory-developed tests, when they are not,” Shuren added. “Furthermore, the ability of laboratories to market tests without any regulatory oversight creates a disincentive for traditional manufacturers to develop new tests, thereby stifling innovation.”

FDA is particularly concerned about genetic tests being marketed directly to consumers. Such tests claim to predict a person’s risk of developing diseases such as breast cancer, prostate cancer, diabetes, and hypertension from DNA in a saliva sample. But a yearlong investigation concluded in June by the Government Accountability Office (GAO), the investigative arm of Congress, calls such claims into question.

Posing as consumers, GAO staff purchased tests from four genetic-testing firms that sell kits on the Internet. The cost of the tests ranged from $299 to $999. Five donors supplied DNA samples, and GAO sent two DNA samples from each donor to the four companies. One of the submitted samples included the donor’s factual profile, and the other had fictitious age and race information.

The investigation found that “identical DNA can yield contradictory results, depending solely on the company it was sent to for analysis,” Kutz said. It also showed that risk predictions often conflicted with donor and family medical histories, and follow-up consultations offered by the companies did not provide expert advice as promised.

GAO also examined the marketing practices of 15 direct-to-consumer genetic-testing companies—including the four companies from the other part of the investigation. “We found that 10 of the 15 companies we investigated engaged in some form of fraudulent, deceptive, or otherwise questionable marketing practices,” Kutz noted. “For example, at least four companies claimed that a consumer’s DNA could be used to create personalized supplements to cure diseases.”

Several companies claimed they could predict which sports children would excel in from a DNA sample, and two companies put consumers’ privacy at risk, Kutz pointed out. Audio clips from GAO’s undercover phone calls with the companies are available online at gao.gov/products/GAO-10-847T.

“Although FDA has cleared a number of genetic tests since 2003, none of the genetic tests now offered directly to consumers has undergone premarket review by FDA to ensure that the test results being provided to patients are accurate, reliable, and clinically meaningful,” Shuren told lawmakers. “Failure to validate the accuracy, reliability, and clinical implications of a test can result in patient harm from misdiagnosis, failure to treat, delay in treatment, inappropriate treatment, or avoidable adverse events.”

FDA recently began cracking down on genetic tests marketed directly to consumers. In May, the agency sent a letter to Pathway Genomics shortly after the company announced that it would begin selling its saliva collection kits at the retail pharmacy Walgreens. In its letter, FDA wrote that the kits meet the definition of a medical device and therefore need approval by the agency before they can be marketed. Walgreens decided not to stock the kits until it gets further clarification.

In June, FDA sent similar letters to three other direct-to-consumer genetic-testing firms: 23andMe, Navigenics, and DeCode Genetics. In all three letters, the agency stated that the genetic-testing kits are medical devices that need premarket FDA approval. FDA advised the companies to take immediate action to resolve the matter.

FDA is currently examining various options for increasing its oversight of laboratory-developed tests beyond direct-to-consumer genetics kits. But it acknowledges that the absence of oversight makes it easier for labs to develop such tests rapidly, including many that are critical for patient care.

Clinical labs expressed the most concern about increased FDA oversight of laboratory-developed tests. “Clinical laboratories are not traditional medical-device manufacturing facilities,” said Alan Mertz, president of the American Clinical Laboratory Association. “If strict medical-device regulations are applied to the labs, important work in the development of cutting-edge tests could be impeded,” he emphasized.

Several clinical labs pointed out that they are already regulated under the Clinical Laboratory Improvement Amendments (CLIA) and various state regulations. They encouraged FDA to collaborate with the Centers for Medicare & Medicaid Services, which regulates labs under CLIA, to avoid duplication.

Many participants questioned whether FDA has sufficient evidence to justify the burdens of new regulations on both labs and the agency. To get a true sense of the scope of the problem, FDA should develop a mandatory diagnostic-test registry, they suggested. The National Institutes of Health recently developed a genetic-testing registry, but companies are not required to use it.

In general, there seemed to be a lot of confusion at the meeting over exactly what constitutes a laboratory-developed test. Diagnostic tests being developed by molecular genetics labs at university and hospital centers are not the same as genetic tests being sold directly to consumers on the Internet. Many participants suggested that FDA consider such tests separately and adopt a risk-based approach to regulation so that its time could be spent reviewing tests with either high or unknown risks.

Industrial Safety
The chemistry behind the Beirut explosion
Consumer Safety
Do we know enough about the safety of quat disinfectants?
Lab Safety
Adapting hijabs for lab safety
Share X
To send an e-mail to multiple recipients, separate e-mail addresses with a comma, semicolon, or both.
Title: Lab-Developed Tests Come Under Fire
Author: Britt E. Erickson
Chemical & Engineering News will not share your email address with any other person or company.